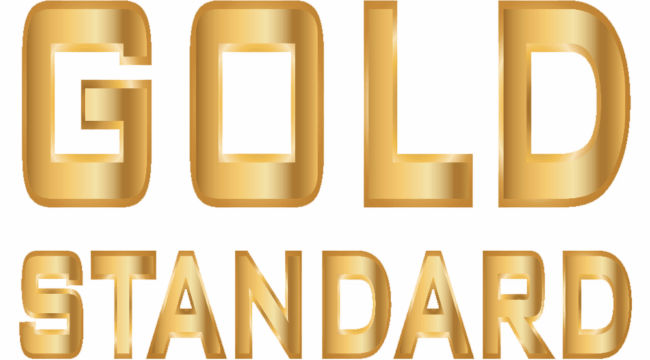 Before 1914, the global monetary system was based on the classical gold standard. But over the past century, monetary systems change about every 30 to 40 years on average.

Sure enough, 31 years after the end of the classical gold standard, in 1945, a new monetary system emerged at Bretton Woods. The dollar was officially designated the world’s leading reserve currency — a position that it still holds today.

Under that system, the dollar was linked to gold at $35 per ounce. But 25 years later, in 1971, Nixon ended the direct convertibility of the dollar to gold. For the first time, the monetary system had no gold backing.

Today, the existing monetary system is nearly 50 years old, so the world is long overdue for a new monetary system. Gold should once again play a leading role. It may be the only asset that can anchor the international monetary system in these troubled times. But the gold price will be much, much higher.

I’ve written and spoken publicly for years about the prospects for a new gold standard. My convictions have only gotten stronger since the coronavirus and the monetary chaos it generated.

My analysis is straightforward…

International monetary figures have a choice. They can reintroduce gold into the monetary system either on a strict or loose basis (such as a “reference price” in monetary policy decision making).

This can be done as the result of a new monetary conference, a la Bretton Woods. It could be organized by some convening power, probably the U.S. working with China (which might seem unlikely these days, but not as unlikely as you think).

Or they can ignore the problem, let an even bigger debt crisis materialize (that will play out in interest rates and foreign-exchange markets) and watch gold soar to $14,000 per ounce or higher — that’s not a typo — not because they wanted it to but because the system is out of control.

I’ve also said that the former course (a conference) is more desirable — why not avoid the train wreck rather than clear up the wreckage? But the latter course (chaos) is more likely. A conference will probably be ignored until it’s too late.

Either way, the price of gold soars.

Under the Bretton Woods system, all major currencies were pegged to the dollar at a fixed exchange rate. Indirectly, the other currencies had a fixed gold value because of their peg to the dollar.

From 1950 into the 1960s, the Bretton Woods system worked fairly well. Trading partners of the U.S. who earned dollars could cash those dollars into the U.S. Treasury and be paid in gold at the fixed rate. But by 1970, the U.S. had lost over half of its gold.

If you want to see where the dollar is ultimately heading, you should look to the U.K. pound sterling. It had previously held the dominant reserve currency role starting in 1816, following the end of the Napoleonic Wars and the official adoption of the gold standard by the U.K.

The period from 1919–1939 was really one in which the world had two major reserve currencies — dollars and sterling — operating side by side.

Finally, in 1939, England suspended gold shipments in order to fight the Second World War and the role of sterling as a reliable store of value was greatly diminished. The 1944 Bretton Woods conference was merely recognition of a process of dollar reserve dominance that had started in 1914.

Like the pound sterling, slippage in the dollar’s role as the leading global reserve currency is not necessarily something that would happen overnight, but is more likely to be a slow, steady process. The change is often so gradual that few notice it until it can no longer be denied.

China has acquired thousands of metric tonnes since without reporting these acquisitions to the IMF or World Gold Council.

Based on available data on imports and the output of Chinese mines, actual Chinese government and private gold holdings are likely much higher than official listings. It’s hard to pinpoint because China operates through secret channels and does not officially report its gold holdings except at rare intervals.

China’s gold acquisition is not the result of a formal gold standard, but has been happening by stealth acquisitions on the market. They’ve used intelligence and military assets, covert operations and market manipulation. But the result is the same. Gold’s been flowing to China in recent years, just as gold flowed to the U.S. before Bretton Woods.

China is not alone in its efforts to achieve creditor status and to acquire gold. Russia has greatly increased its gold reserves over the past several years and has little external debt. The move to accumulate gold in Russia is no secret, and as Putin advisor Sergey Glazyev has said, “The ruble is the most gold-backed currency in the world.”

Iran has also imported significant amounts of gold, mostly through Turkey and Dubai, although no one knows the exact amount, because Iranian gold imports are a state secret.

In recent years, other countries, including BRICS members Brazil, India and South Africa, have joined Russia and China in their desire to break free of U.S. dollar dominance.

The dollar collapse has already begun and the need for a new monetary order is now emerging. I believe it will involve gold. The question is whether it will be an orderly process resulting from a new monetary conference, or a chaotic one.