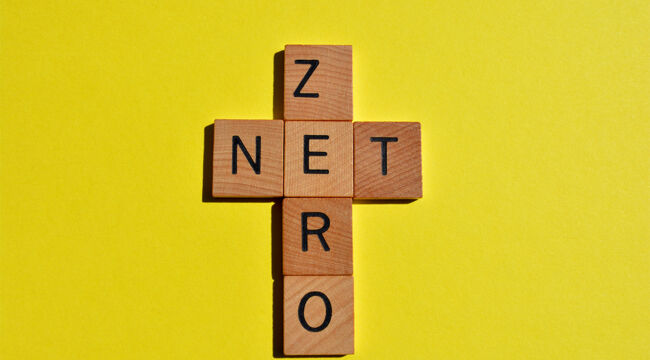 The United States president — and other bow-wow wowsers of his type — presently huddle in Glasgow, Scotland.

Their objective: to break a fever.

They inform us Earth is down with an alarming one, with worsening sweats in prospect.

Thus they fixate their eyes distressingly upon the rising mercury.

And so the world’s leaders plan to scotch the pathogen producing the sweats.

That is of course Earth’s great menace… carbon dioxide.

In Glasgow they will chart a path toward net zero emissions “by or around midcentury.”

So contemptuous, so disdainful they are of the demon molecule… they were willing to choke the atmosphere with it today… deepening Earth’s fever… in the hope of breaking Earth’s fever tomorrow.

From all compass points they are winging into Glasgow, Scotland, aboard 400 private jet aircraft. None was hurled through the sky by wind or solar energies.

These craft guzzle fossil fuel — and buckets of it.

The United Kingdom’s Sunday Mail informs us this aerial armada will spew 13,000 tons of carbon dioxide coming in and going out of Glasgow.

These 13,000 tons — the Sunday Mail further informs us — equals more carbon dioxide than 1,600 Scotsmen heave up in one entire year.

More CO2 Than Several Normal People Emit in a Year

Here is a certain Matthew Finch, of the Transport and Environment campaign group:

The average private jet, and we are not talking Air Force One, emits two tons of CO2 for every hour in flight. It can’t be stressed enough how bad private jets are for the environment. It is the worst way to travel…

To put it in context, the total carbon footprint of an ordinary citizen — including everywhere they travel and everything they consume — is around eight tonnes a year.

So an executive or politician taking one long-haul private flight will burn more CO2 than several normal people do in a year.

Meantime, the United States president rolled around within an 85-vehicle convoy on Sunday — each pushed along by internal combustion, each vomiting streams of carbon dioxide vapors.

Evidently we must destroy Earth… in order to save Earth.

Of course, we do not believe carbon dioxide is destroying Earth. We are merely razzing whom we regard as ridiculous fellows.

Our men inform us Earth has endured carbon dioxide levels 25 times or greater than today’s.

If Earth is so exquisitely sensitive to carbon dioxide risings… we wonder… why hasn’t it already sizzled into oblivion?

The match never struck. Why should it now?

In 1989 NASA’s James Hanson hazarded the Hudson River would claim New York’s West Side Highway by 2019.

We motored an auto down the West Side Highway within recent months. The roadway was dry as any tinder.

It effortlessly held off the Hudson River lapping harmlessly and nonmenacingly to its starboard.

At the going rate the West Side Highway will remain high, will remain dry, for the next 539 years — at minimum.

Even Worse Than the Federal Reserve

In 1988, the United Nations fretted the Maldives would be under the water by 2018.

In 2021 the Maldives jut high above the water. They drive a flourishing tourist trade.

In 2009 climatologist of climatologists — Prince Charles — shrieked that humanity had but eight years to save Earth.

In 2021… four years past the midnight deadline… Earth pegs along yet.

Examples as these abound and abound. Only the botched economic crystal-gazings of the Federal Reserve approach them.

We accept the proposition that mankind’s fuel-burnings have tinkered the planetary temperature.

Yet the proposition that carbon dioxide is cooking Earth we find extravagant. It has little excuse in the facts as we find them.

This evil molecule evidently lacks the oomph to fan a fever.

The world’s leaders nonetheless congregate in Glasgow, Scotland… atop their hobby horses… chasing the grail of net zero emissions “by or around midcentury.”

The grail will elude them of course. It will prove a juiceless pursuit.

The developed nations of Earth have still failed to attain climate objectives made years and years ago.

They will fail to realize present pursuits — depend on it.

“Half-Measures Rather Than Concrete Actions”

“If the G20 was a dress rehearsal for COP26, then world leaders fluffed their lines,” said executive director Jennifer Morgan.

Beijing plans to make its economy carbon neutral before 2060, but has resisted pressure to offer nearer-term goals…

The G20 also set no date for phasing out fossil fuel subsidies, saying they will aim to do so “over the medium term.”

Yet these high eminentos have imminent plans for you…

Money man extraordinaire Marin Katusa is a wizard of natural resource investments. He is also a New York Times bestselling author. From whom:

It’s already embedded every time you click on Google Flights. Switzerland’s largest online marketplace (their version of Amazon) is already charging this tax. Every single Amazon product will have this tax. It will be a part of the input cost on every item in your grocery store.

What “Build Back Better” Means for You

If you don’t prepare yourself for what’s coming — slow at first, and then at lightspeed — you will find it difficult, if not impossible to adjust.

The elites would’ve “Built Back Better.” And you’ll be stuck “owning nothing and being happy.”

This Katusa fellow is beginning to raise our hair. And we begin to perspire, much like Earth itself perspires.

But what — precisely — is this foreboding and impending “tax”?

This hidden tax is actually a brand-new “commodity” that few people have even heard about. Yet it’s a brand-new, secret commodity sector that’s nearly guaranteed to take off.

What then is this brand-new commodity? And how can you get greened from this secret commodity sector?