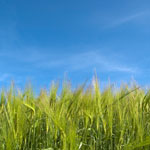 An old bit of advice says, “Never eat at a place called Mom’s or play poker with a man named Doc.” That’s a joke, but this isn’t: Never fall for an argument that says we’ll run out of some natural resource or bet on the “end” of cheap anything. Such views will cost you money in the long run.

The spike brought out the doomsayers who said we’d run out of the stuff. One of the most prominent was (and still is) Jeremy Grantham. He is the chief investment officer at GMO, which manages $97 billion. He is generally regarded as one of the most influential thinkers in finance.

In the summer of 2011, he wrote an essay titled “Time to Wake Up: Days of Abundant Resources and Falling Prices Are Over Forever.” He laid out a long-term view of increasingly scarce resources. In that piece, he said potash is “part of our extremely finite resources” and that “fertilizer resources — potash and potassium — will become particularly precious.” The realization gave him “goose bumps.”

Yet the US Geological Survey says we have at least 610 years’ worth of potash. New investment in potash has brought new mines and sources closer to production. There is no shortage of potash — and there won’t be. There was a temporary squeeze, and the market responded. (During that squeeze I advised my subscribers to invest in two fertilizer stocks:  PotashCorp and Mosaic. Subscribers who followed my recommendation would have doubled their money on PotashCorp and made more than 50% on Mosaic. But I never believed the constraints could not be solved. Both stocks are well below where I told my subscribers to sell out and take their profits.)

Beyond supply, Grantham (and thinkers like him) discount too heavily the ability of the market to cut back or become more efficient when a commodity gets more expensive. So they too often simply extrapolate current usage into the future. This is a mistake.

For example, the Chinese are the largest consumers of potash in the world. But here’s the thing: Chinese farmers use two-to-three times more potash per acre than their neighbors. They use five times more than US farmers. As our man in China, Ben Simpfendorfer (the Hong Kong-based editor of China Insider), notes: “For many Chinese farmers, simply throwing more fertilizer onto a field is often the easiest and often the only way they know to raise yields.”

It’s easy to overlook how much science and know-how goes into farming. Chinese farmers lack that knowledge or have not had reason to put it to use. As a result, they are not as efficient as farmers in other markets. The doomsayers assume Chinese farmers mindlessly continue to throw potash on their fields, even though the price of potash goes up.

But is it reasonable to assume that Chinese farmers will continue to use two-to-three times more potash per acre than everybody else? Might it not be better to assume that they will apply more technical know-how to improve their yields? In such a case, they would use a more “normal” amount of potash per acre. Overall demand could fall dramatically.

In fact, the Chinese are already doing this at the margin. Simpfendorfer visited hothouses in Guangdong province. They produce three times as many vegetables per acre as a typical farm in China. Simpfendorfer asked a 30-year veteran farm manager from a major US fruit producer what struck him most about farm. “They seem to produce so much with so little,” he said.

This gets at the heart of why the doomsayers will be wrong about all natural resources — not just potash. They continually ignore the human element and how people respond to prices.

For example, Grantham writes, “We now live in a different, more constrained, world in which prices of raw materials will rise and shortages will be common.” I don’t buy this for a minute. His reasoning is the same old nonsense we’ve heard again and again since the age of Malthus.

Thomas Malthus wrote an influential essay in 1798 that predicted rising population growth would lead to famine. He is remembered today chiefly because he was so spectacularly wrong. (By the way, I’m not talking about market calls that go wrong. Everybody gets those wrong from time to time. But Grantham and his gang are committing strategic errors that run deeper than mere market calls.)

To illustrate, I’ll touch on one more commodity: oil.

I often hear the refrain, “The easy oil is gone.” Thus, we are supposed to believe, the price of oil can only go higher as extraction costs rise. Well, the easy oil is always gone. Back in the 19th century, Col. Drake drilled his first Pennsylvania well at the agonizingly slow pace of 1 meter per day. (Today, drill bits advance more than 10 meters per hour.) In the early 20th century, William D’Arcy and his men worked in incredibly difficult conditions in Iran — 110 degrees in the shade at 7 a.m. in the morning! — to find oil. They almost went bankrupt before they hit oil at Masjid-e Suleiman, the first big oil find in the Middle East. In the 1970s, oil workers pushed the envelope of existing technology again by working in the dangerous and icy waters of the North Sea. Several disasters ensued — leading to the deaths of hundreds of oil workers.

So the story repeats on and on to our own day. As industry veteran Robin Mills writes: “The industry has always operated at the margins of technology.” In this, it is not unlike other industries. “Are we at the end of ‘the age of easy microchips’? Was it easy to invent the integrated circuit in 1959?” Mills continues. “Microchips, being cutting edge, will always be difficult to make. Similarly, the next oil field will always be difficult.”

Yet whether it is oil or copper or iron ore or whatever resource, people insist on relying on the same faulty reasoning that “the easy stuff is gone.” They continue to make the same tired case for chronic natural resource shortages and a decline in our standard of living.

The great economist Joseph Schumpeter’s (1883-1950) criticism of the Malthusian position still holds. On Malthus and his ilk, he wrote: “The most interesting thing to observe is the complete lack of imagination which that vision reveals. Those writers lived at the threshold of the most spectacular economic developments ever witnessed.” Yet they missed it.

So here is my prediction: I believe we are on the cusp of even greater levels of innovation and development — another industrial revolution is in progress right now. So ignore the gloom and doom on natural resources. Contra Grantham, the days of abundant resources and falling prices are far from over.