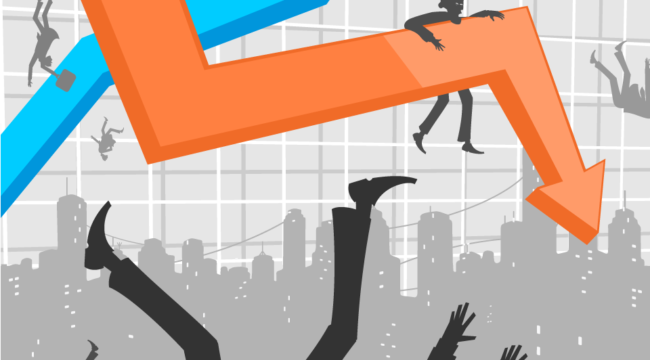 The spirit of doom has stolen over us today, and our usual placid features are creased with worry…

For evil seeds are in the wind.

Congress has until Sept. 29 to raise the debt ceiling.

Should it fail, the dreaded “X date” follows shortly thereafter.

The”X date” — when the national collection box starts running dry — and the United States Treasury can no longer meet all its expenses.

How will seniors get their Social Security checks… how will soldiers defend democracy abroad… how will cronies defend their turf at home?

So we kneel in prayerful meditation this day, beseeching the Almighty for timely resolution.

“That government is best which governs least,” said Jefferson.

“I cannot undertake to lay my finger on that article of the Constitution which granted a right to Congress of expending, on objects of benevolence, the money of their constituents,” said Madison.

But the modest American Republic of hard hearts and harder heads perished long ago.

It was first a casualty of war… then of peace.

They spent the next century and change forgetting Adams.

At home, under the folds of the stars and stripes, America eventually discovered its own monsters… and its heart.

The New Deal and the Great Society fell upon the monsters, hammer and tong.

But poverty and inequality and human nature proved monsters tougher than Nazism or communism.

The battle rages yet… outcome in doubt.

Meantime, the federal snout has hooked its way into every cranny and nook of American life.

The Federal Register totaled 2,620 pages when first published in 1936.

By the end of last year America’s book of rules and regulations ran to 97,110 pages — single-spaced.

Of course America is an empire now, though few dare whisper the word.

But it is a strange kind of empire — an “empire of debt,” as our own founders Addison Wiggin and Bill Bonner argued in 2006.

It is certainly an empire in debt — some $20 trillion at last count.

Include unfunded liabilities such as future Social Security and Medicare payments and some estimates have Washington in hoc for up to $200 trillion.

The subsequent chaos would be “more catastrophic to the economy than the 2008 failure of Lehman Bros.,” adds the bovine economist.

But we’ve concluded she’s wrong. There won’t be blood.

But our disposition has vastly brightened… and our throat crowds with joy.

Yes, they will raise the debt ceiling.

We’ll eat these words — without salt — if wrong.

What swayed our view?

Are they really going to stop the checks while the good people of Houston soak in four feet of water?

There is politics to consider.

Texas has 34 electoral votes… second most in the union, behind only California.

Yes, they will raise the debt ceiling — or as David Stockman says, it’s “can-kicking time in the Imperial City.”

Kick the can, they will.

And the business of empire will continue, as it has, as it will… until the day it can’t.

Meantime, the gods watch the unfolding spectacle, barely able to contain their laughter… as the will of Zeus moves toward its ultimate end…