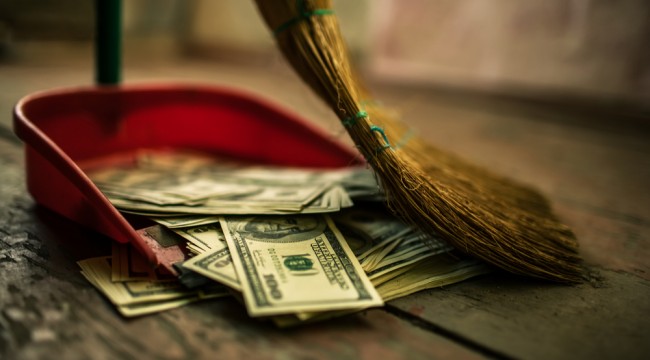 Money: A Concept No One Understands

[This article is excerpted from Don Paarlberg’s classic book Great Myths of Economics, originally published in 1968]

How subtle the myths about money!
How elusive the facts, and how few!
If doubted, the fact becomes fable;
If believed, the myth becomes true!

Baron Rothschild, the famous French financier, was once heard to say that he knew of only two men who really understood money — an obscure clerk in the Bank of France and one of the directors of the Bank of England.

“Unfortunately,” he added, “they disagree.”

That there should be widespread misunderstanding about money is not surprising. Despite its seeming simplicity, money is a very complicated subject. The institutional framework related to money had gradually been altered, particularly with the worldwide advent of central baking early in this century. As might be expected, public beliefs and attitudes have lagged behind these changes.

If people trusted it, almost any kind of money would work.

Most of the myths associated with money are the carryover of beliefs that were valid in an earlier day. They have their roots in mercantilism and are recognizable as the teachings of former monetary theorists. For the origin of these myths, we turn back the pages of history to a time when money was something more than a piece of paper currency of a checking account in the corner bank.

For many years money had utility in itself, apart from its use as a medium of exchange. Gold and silver were used as money, as were cattle, tobacco, beaver pelts, and many other commodities. Tobacco, beaver pelts, and other monies had demands of their own, to which, of course, were added whatever additional demands were derived from their use as money.

Such monies were costly to produce. Their value fluctuated, separately from their monetary functions, in accordance with changes in their supplies and demands. But such changes tended to be moderate and these commodity monies had rather stable value. This kind of money we might call “full-bodied money.” If the basis of the money system were to change from cattle to copper, for example, this change would not very much have affected the value of either the cattle or the copper.

This system was rather well understood by the people who used it. Myths were at a minimum. The theorists described the system in comprehensible terms. Money was real, not just a medium of exchange. It retained its ability to exchange for goods. It was a reasonably trustworthy store of value. For a king to tamper with such a currency was a grave betrayal of trust. The value of money was self-regulating, in need of little governmental supervision its worth was determined by supply and demand, the same market forces that determined the values of other commodities.

With the passage of time, monetary institutions changed. The financial community came to realize that the most important attribute of money was confidence in it. If people trusted it, almost any kind of money would work. Paper money worked, so long as people believed in it. Cigarette money worked, as millions of Europeans discovered in the hectic days after World War II.

There is in the South pacific an island name Uap, whose money consists solely of stones called fei, many of them so large that they can scarcely be moved. The richest family on the island owes its wealth to the fact that it owns a huge stone which was accidentally lost off a raft while being brought to the island many years ago. For several generations this stone has been lying at the bottom of the sea; no living member of the family has ever seen it. But nobody questions that this is the richest family on the island.

Many changes followed from the discovery that confidence in the money was paramount. The banker learned to keep his gold locked in his vault and to issue paper claims against it. He learned that he could issue several times as many claims as he had gold because not everyone was likely to press his claim at the same time. So the fractional reserve system was born. Gold was ultimately withdrawn from circulation, so that the banking system could not be jeopardized by claims against the reserve.

Central governments incurred debt, secured by bonds, and some of these bonds were used as reserves, against which currency was issued and loans were made. Thus part of the national debt was monetized. The resistance to the creation of money became the conscience of the public official, not the niggardliness of the mines. By degrees the money system changed…

These radical changes took place without the full understanding of the people. The banker, who kept a given amount of gold in his vault and issued many notes against it, took very few pains to explain this process. The public official, who now had the ability to increase the money supply so prodigiously as to reduce the value of the citizen’s currency to a fraction of its earlier buying power, did not impress this capability on the public. The whole modern system of fractional reserves has about it such vulnerability to public apprehension that the responsible officials will strive to build confidence above all else — at the cost of frankness if necessary.

As so often is true, the body of belief changed less rapidly than the institutions. What had once been a valid belief became a myth, or a body of myths:

These things obviously are not true in the present institutional setting. The medium of exchange today is no longer full-bodied money; it is something distinctly different, something we may call credit money, or token money, or fiat money. It can be created in prodigious amounts, almost without cost, by the stroke of a pen. Its value can deteriorate; the buying power of the American dollar had declined 50 percent during the past forty years.

Other currencies have depreciated far more. Whereas the value of a full-bodied money is largely self-regulating, this cannot be true of token money. Credit money, costing virtually nothing to produce, is of great value, but how can the supply of and demand for this money interact in a market setting so as to produce a currency of stable value? There is only one way to stabilize the value of a credit money, and this is with the monopoly power of the central government. States and local governments do not and cannot have this power, or chaos would reign.

The myth persists that credit money has intrinsic value and that it behaves economically like any other good.

Beliefs about the inherent value of money occasionally get jolted. This happens at the Bureau of Engraving and Printing, where visitors can see the presses turning out huge sheets of bank notes as if they were so much advertising copy. At the Federal Reserve banks, visitors can see bales of tattered old banknotes ground up like cornmeal. Why not? It costs almost nothing to replace them with fresh new ones.

It is interesting to observe the human reaction to these two operations, as the idea penetrates that our money does not have intrinsic value.

Don Paarlberg
for The Daily Reckoning

Ed. Note: This essay was prominently featured in The Daily Reckoning weekend edition. A free bonus issue given to subscribers of The Daily Reckoning, the weekend edition provides readers with a unique and insightful essay in every issue, along with several unique opportunities to discover real, actionable investment advice. Click here now, to sign up for free, and never miss another issue.

Dr. Don Paarlberg (1911 – 2006) was an economic advisor to President Eisenhower. He also taught Agricultural economics at Purdue University. Dr. Paarlberg wrote many books including Great Myths of Economics and An Analysis and History of Inflation.