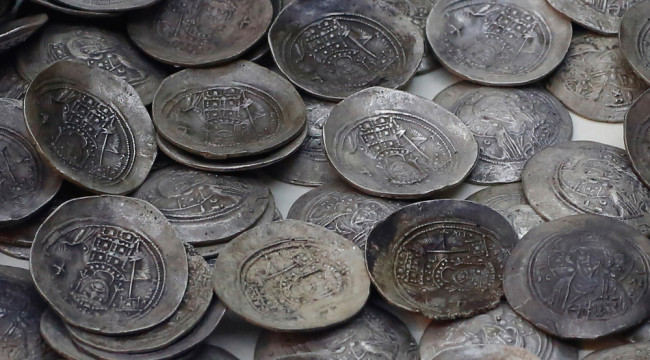 Monetary System for a Civilized World

Stock investors are still acting as though Janet Yellen will be good for the economy… or at least good for stock prices.

But will she be?

Yellen has no business or investment experience. Her entire career has been spent in academia and in public policy institutions. She has never started a business or had a job in the private sector.

People did not suddenly awake to a civilized dawn. Instead, the progress from barbarism to civilization came in fits and starts, with much backing up and many detours.

Does she have any idea how an economy functions? Not on the evidence…

In 2005, she described the developing housing bubble as a “good-sized bump in the road.” Was she worried about it? Apparently not. “The economy ought to be able to absorb the shock,” she claimed.

But how would she know?

And when, two years later, the economy hit the “bump” it turned out she didn’t know anything. The economy wasn’t able to absorb the shock at all. Instead, the wheels flew off… and the economy went into a ditch.

And now, it’s late October and Yellen will soon be running the biggest, most powerful banking cartel the world has ever seen. Good luck to us all!

The days are crisping up in Maryland. Here in Florida, it’s still summer.

We’ve come back to Florida to give a speech about writing. What can we say about it? Only that writing is easy; it’s thinking that’s hard.

We sat in the airport terminal in Baltimore. One man was reading a novel. Another was watching TV. Another sat down beside us and began playing a game on his iPhone. A woman was reading Woman’s Day magazine. Others talked on their phones.

Are we the only ones here who are thinking about the Fed’s interest rate policy? We’re clearly the dumbbell in this group. Most people have better things to do.

But now we’re going to go back to thinking about how the Fed and the dollar fit into the general scheme of things – the really big picture, looking back 10,000 years and beyond.

The critical change came around 5,000 years ago. Little by little, man became “civilized.” We use the word cautiously. It is like a hand-grenade without a pin. It could blow up on us at any moment.

What is civilization, anyway? Is it a good thing? A bad thing? Who’s really civilized, and who’s not? No matter what you say, you are bound to offend someone with deep prejudices on the subject…

But what the heck? Damn the torpedoes… full speed ahead!

Civilization is different from barbarism. Most anthropologists, archeologists and philosophers focus on the wrong things – art, culture and technology, for example. They miss the key differences – money, matrimony and the mandates that people follow.

People did not suddenly awake to a civilized dawn. Instead, the progress from barbarism to civilization came in fits and starts, with much backing up and many detours.

You can see this progress in the Bible. The Old Testament is full of war… and many rules for how people are to get along with one another. In the New Testament, Jesus proposes only one rule, which leaves little place for making war: Do unto others as you would have them do unto you.

In pre-civilized days a man might have as many wives and concubines as he could manage. Civilized, modern men typically have only one. (And that is more than enough for many men.)

In pre-civilized days, commercial transactions were difficult and complex – usually involving a credit-based system which left obligations stretching forward into the future, often unresolved over many generations. Civilized man developed modern money – typically gold – which made it much easier to settle up and move on.

But the most profound difference was that barbaric people used force and violence to get what they wanted; civilized transactions are based on mutual consent and cooperation.

But wait. Where does that leave the dollar and the Fed?

Does the Fed allow willing buyers and sellers to set interest rates as they choose? Or does it force the issue… pushing interest rates around as though they were travelers in the airport security line?

Does the Fed permit investors to discover asset prices without interference? Or does it try to fix prices, claiming that it knows better than the rest of the world put together?

Is today’s Fed a modern, civilized institution? Or an archaic throw-back to the past?

And what about the dollar itself? Is it a form of modern money… or a barbarous relic, depending on the police power of the state to give it value?

Ed. Note: The whole modern monetary system is based on blind faith in unworthy governmental institutions. To say that system is problematic is an understatement. But there are ways around this system that can help you protect and grow you wealth no matter what the Feds do to destroy the dollar. That’s one of the main focuses of The Daily Reckoning email edition, and it’s why so many of its readers are prepared for whatever happens next. Sign up for FREE, right here, and start getting the full story.