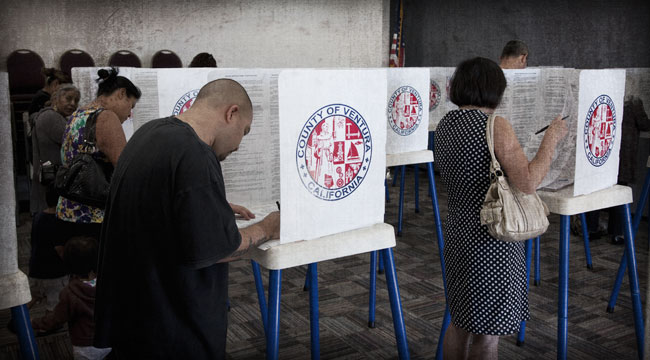 Modern Politics: A Self-Interested Vote for the Most Convincing Promise

“The best thing about human beings is that they stack so neatly.” — Frank Underwood, House of Cards

This morning, before we left for New York, there were at least 20 big trucks parked around the square in front of our building in Baltimore. Crews dressed in black unloaded boxes, wires, booms and derricks… filling up the sidewalks with equipment of all sorts.

“What’s going on?” we asked at the office.

No lack of charm, intelligence or humor prevents a successful career in politics.

“They’re filming that TV show House of Cards. It’s supposed to take place in Washington. But this looks like Washington. And it’s much cheaper and easier to film here.”

The characters on the show — politicians, journalists and Washington fixers and Capitol Hill apparatchiks — are unscrupulous, opportunistic, merciless, murderous and nasty. We had to stop watching; it was too much like real life. Except that most of the people who play these parts in real life are not nearly as clever, bold or attractive.

When we were 10 years old our teacher told us that any one of us could grow up to become president. We looked around the room and wondered. But now, seeing who gets elected, we believe she was right.

No impediment — moral or intellectual — is such a handicap that it prevents getting elected. No character failing, no matter how grave, stands in the way of the Capitol or the State House. No lack of charm, intelligence or humor prevents a successful career in politics.

It was remarked of Hubert Humphrey that the only thing standing between him and the presidency was a heartbeat. But a beating heart is the only real requirement, too.

Of course, that’s also the only requirement for voting…

Every half-wit and chiseler has suffrage. In a properly functioning democracy, people with a personal interest in the outcome excuse themselves. They have a conflict of interest: between what is good for them and what is good for everybody else.

That is still the protocol for civilized groups, be they boards of governors or church vestries. People with a dog in the fight “declare an interest” and go wait outside until the vote is over. But in modern politics, everybody gets to vote, no matter how many dogs they have scrapping for handouts.

And guess what? They vote their own interests.

That is the conclusion of Jason Weeden, a lawyer and psychology researcher, and Robert Kurzban, a professor of psychology at the University of Pennsylvania. They wrote a book about it, The Hidden Agenda of the Political Mind.

As Weeden and Kurzban put it in the New York Times on Monday:

Most people aren’t ideologically pure, and most don’t derive their opinions from abstract ideologies and principles. People are more strongly influenced by the effects of policies on themselves, their families and their wider social networks. Their views, in short, are often based on self-interest. […]

Unemployed people are more than twice as likely as people working full time to want unemployment benefits increased. African-Americans are by far the most likely proponents of affirmative action and government help for African-Americans. Rich white men are especially likely to oppose income redistribution.

What do you expect from such a government? Everyone pretends to be acting for the good of the country — politicians and voters alike — and they are all looking out for number one.

The newspapers reported that Tuesday was a big day for Republicans. But it was a bigger day for zombies. Red states… blue states… the zombies won everywhere. As you know, zombies do not produce; they take from producers. Politics is their method of choice.

Yesterday, we explained how young people get a bum deal. Over time, more and more special interest groups find ways to use government to keep out new competitors. The young are always new. They are shut out.

They can’t get a job because the economy isn’t growing. Since 2000 the US economy has grown at an average rate of just 1.8% a year — only half the average rate of the second half of the 20th century.

Part of the reason the economy won’t grow is because old people have already claimed too much output. Debt and debtlike social welfare costs depress growth. Old people already hold existing jobs, too.

And it’s tough to start a business, because the geezers have stymied competition with high hurdles to new entrants — regulations, licensing, certifications, insurance, taxes and labor rules.

The old folks make up for their lack of energy and imagination with treachery and cunning. They usually have the candidates in their pockets before Election Day.

Old people have accumulated property and privileges. They vote for people who promise to help them keep what they’ve got. And the cleverest of them also bid for the candidates directly.

That’s how Mitch McConnell raised $31 million for his reelection campaign. The Blackstone Group, for example, was his single biggest contributor. It put in $227,000. Wall Street ponied up $2.1 million. The insurance industry tossed McConnell another $1.2 million bone.

Most voters make their decisions like investors — based on fear, greed and self-interest.

What return did they expect on their investment? We don’t know. But Blackstone Group CEO Stephen Schwarzman — 67 years old — is surely expecting something.

Creative destruction can wait. McConnell, 72, urged voters to support Republicans in the elections to “end gridlock.” This was similar to President Obama’s fraudulent appeal to support “change.”

But change is the last thing either of them wants to deliver. They’re at the top; they want to stay there.

Together, they put in nearly half a million dollars. The return on investment must be huge. A single grid, locked up nicely by McConnell and his cronies, could earn billions in profits for these companies.

Surprising, to us at least, is that the security industry was so cheap. According to OpenSecrets.org, it invested only $23 million in buying candidates in the midterms.

But the security industry does such a good job of scaring the voters, and it has such a complete lock on Capitol Hill, that it doesn’t need to buy the candidates. They are already bought and paid for.

Most voters make their decisions like investors — based on fear, greed and self-interest. They fear Ebola, ISIS and drug-crazed loonies. And they want free pills, a better retirement than they could afford and cheap cable TV.

They vote for whomever makes the most convincing promises. This year it was the Republicans.

Ed. Note: Over ten years ago, Bill Bonner co-founded The Daily Reckoning with fellow New York Times bestselling author Addison Wiggin. Since its inception it has been one of the most informative and entertaining reads you can find anywhere in the world. And right now, you can get The Daily Reckoning sent straight to your email inbox, absolutely FREE. Click here now to sign up and discover all the unique benefits the Daily Reckoning email has to offer.

Today, Zach Scheidt explains the silver lining associated with this week’s warnings in Davos, and why the U.S. is still the best place to invest in 2019…