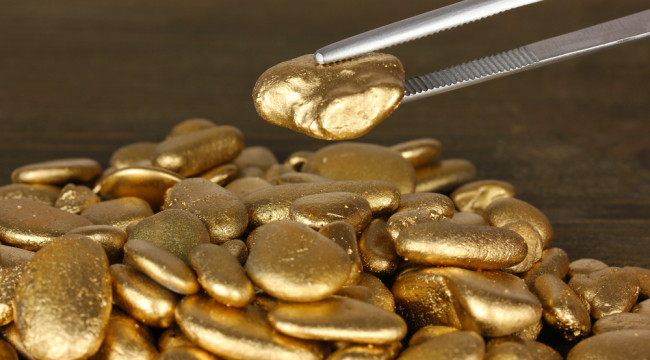 This was supposed to be the year that gold and silver miners pretty much imploded. The story in a nutshell is that during the boom years of 2009 -2011, the markets threw so much cash at the industry that a lot of CEOs went a little crazy, racing to accumulate the most ounces in the ground without regard for whether those ounces could be gotten out profitably at prevailing prices. When the metals got whacked in 2012 and 2013, the miners that had gone the craziest found themselves with uneconomic mines, way too many people and equipment, costs that had doubled in just a few years, and in many cases serious doubts about their future existence.

But one of the nice things about an easy-money binge is that it leaves an industry with a plenty of fat that can be trimmed right away. The miners have spent the past six months in survival mode, firing non-essential people, closing uneconomic mines and cancelling big development projects. Based on the most recent numbers it’s going better than the expected. The following table compares Q3 2013 silver mining costs to the year-ago number for three companies that just reported.

These are serious reductions. Only Silvercrest looks strongly profitable at today’s silver price, but Pan American and Great Panther look a lot less ugly than they did a year ago. So, a few questions:

• What did they have to cut to get such big cost savings? If they’ve pared their exploration and development wisely and are now focused on just the best projects, that’s good. If they fired a bunch of people they’ll need back when silver goes to $30 next year, that’s bad but not horrendous. If they’ve been “high-grading,” mining and processing the best ore and leaving the lower quality stuff for later, that opens the door to disappointment down the road.

• How much further can costs be cut? Assuming the low-hanging fruit was picked first, progress will be a lot slower going forward. But it’s hard to believe that everything got done in just a couple of quarters, so maybe Q4 – looking past the big write-downs – will feature some more pleasant surprises.

Suddenly, there’s a 2014 scenario that’s not depressing: Let precious metals prices start to rise a bit and miners come in with lower than expected costs, and these stocks, at record lows versus their underlying metals, might have a big year.

P.S. Our resource expert, Byron King, had a hot tip about Barrick Gold back on November 7 you can check out here. Readers of The Daily Reckoning get all kinds of great information about where the next big buying opportunity in gold is coming from. Subscribe now and don’t miss it!

Get in on the Ground Floor of a New Bull Market…