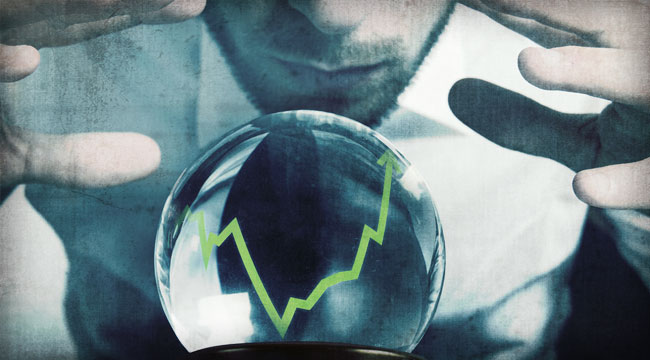 Me and Manager Dan

I have been advised many, many times that I would suffer a lot less seething hostility from co-workers, neighbors and family members (including the one, not mentioning any names, that promised to love, honor, ‘til death do us part with this ring I thee wed blah blah blah) if I would stop being so critical of people, to the point of cruelly belittling these, what is the word I am looking for? morons.

Like the evil Federal Reserve and self-delusional Keynesian econometric lunatics, for example.

As for the vast majority of people who do not, or ever did, deserve such ill-treatment, I am ashamed of myself, and I apologize.

My defense is that I, of course, suspect treachery everywhere.

So, naturally, when I don’t immediately find somebody actually sticking a knife in my back, putting poison in my food or wanting to borrow my car, I keep looking for subtle signs of such treachery until I eventually find them, cleverly unveiling dark, nefarious plots, logically deducted from clues in something said, or not said, or did, or not did, done, did.

You’re all against me. I know it. You know it. We all know it.

Then again, there are (and this is the important part!) those who deserve abject humiliation and the full weight of the Scorn Of The Angry Mogambo (SOTAM) jumping up and down on their preposterously inflated egos.

One of these people has written an article in the Economist magazine, in the category of self-proclaimed “Big economic ideas” wherein one can, I assume, theoretically find true economic wisdom, which in this case entails an explanatory subhead “What economists can learn from the discipline’s seminal papers.”

Wow! With that kind of a buildup, I am sure that you are, as am I, as are we all, breathlessly tingly with excitement! Hopes are soon dashed, however, when the doofus writes “Much as doctors understand diseases but cannot predict when you will fall ill, economist’s fundamental mission is not to forecast recessions but to explain how the world works.”

Hahahaha! I am laughing so hard that my stomach hurts! Ouch! Hahahaha! Ow! Call the aforementioned doctor! Hahaha!

Suddenly and surprisingly composing myself, I ceremoniously stand, reach out my arm in a theatrically grand gesture, and thunder “Friends! Romans! Countrymen! Lend me your ears! The Whole Freaking Point Of Economics (TWFPOE) is to forecast recessions with enough lead time so that you can stop the silly monetary and/or fiscal crap you are doing, letting the body, in keeping with this ridiculous medical analogy, heal itself!”

Now, I admit that I am not, actually, a doctor. Nor have I ever portrayed one on TV, although I am sure that I would be great at it. Maybe have my own TV series, titled “Handsome Doctor Hollywood.”

Yet, even with my appalling lack of medical education, training or even a bare minimum of intelligence, my credentials are sufficient to EASILY tell that you are going to get sick and DIE — and soon! — when you drink nothing but whiskey, eat nothing except yummy doughnuts, get no exercise, smoke, take recreational drugs with borrowed syringes and are continually swapping bodily fluids with strangers, or, as Frank Sinatra put it, strangers in the night, exchanging glances, wondering in the night, what were the chances.

Since we are surprisingly comparing the mission of economists to doctors, I cleverly change direction to maybe make a few quick bucks. So I change my name to Hotshot Doctor Mogambo (HDM), and say “Hey! This doctor thing could be fun! Let’s put on a white lab coat, bring the patient in, and look at the lab results!”

Glancing at the reports, I instantly see that this is the part of the medical profession that is really unpleasant: Telling the patient bad news.

Ideally, as a new doctor, I want my patients to be young and beautiful women, in perfect health despite wearing scandalously little clothing and having a fawning, father-figure fixation, or be a healthy guy who is such a looney-tunes hypochondriac that he will pay outrageous sums of cash for whatever quack therapies I can dream up at the prestigious Mogambo Institute Of High-Priced Therapies For Miscellaneous Complaints (MIOHPTFMC) to cure his imagined ailments.

With my spiffy new professional medical demeanor applied to economics, I try to hide from the patient that the sad results from the economics lab tests are, to be brief, that everything that can be bad (pause for effect) is bad. Bummer.

Manufacturing is down. Prices are up, but wages and jobs are down. Bond yields are less than squat. Entitlement (transfer) spending and expansions of eligibilities are up, government spending is up, the evil Federal Reserve is still busily monetizing government debt (cash and credit created out of thin air to buy new government-issued debt) by more than (yes, I said “more than”) a terrifying trillion dollars (yes, I said “trillion dollars”) a year, every year, year after year, and its effect on the money supply means that price inflation, though curiously and bizarrely subdued given the extremes of Quantitative Easing, is, nonetheless, predictably up.

Worst of all, the “misery index,” which sounds vaguely medical in nature and thus entirely apropos for this doctor farce, is numerically just the unemployment rate (which is now just fictional data manipulated by the government), plus inflation (which is ditto manipulated), is, woefully, up.

I say “woefully up” because, as we phony medical professionals say, you ain’t seen nothin’ yet. Trust me. I’m a doctor, or at least pretending to be, so you can believe me completely.

Well, unemployment is way up if you count the people who are not working but would like to be working, but can’t find a job because jobs are disappearing or, perhaps as in my case, everyone hates me and rudely throws me out of their offices after contacting my previous employers, so take your stupid job and shove it, jerk.

And the unemployment rate is REALLY up if you count, although the government doesn’t, the people who are not working and SHOULD be working instead of voluntarily sitting around the house, alternately swilling and gobbling the aforementioned whiskey, doughnuts and drugs, which was where my illustrious new career as a doctor began, if you recall from a previous paragraph.

I know what you are thinking. You are saying “Enough with this playing doctor crap! Go back to being The Magnificent Mogambo (TMM), whose timeless wisdom shines like a beacon across a vast sea of ignorance and stupidity as concerns things economic (like the evil Federal Reserve), so that we may hear what to do to save ourselves (i.e. get rid of the Federal Reserve and stabilize the money supply by letting interest rates find a balance between borrowers and savers).

Thus may we happily prosper from your transcendent tutelage, even though what you say is always the same monotonous harangue about listening to the lessons of history and the Austrian school of economics, which is the only true theory of economics.

And to the dullards amongst us, expound at length as to the horrors of what happens when supplies of fiat currencies yield to corrupt government pressures to expand, and for all clear-thinking, handsome and intelligent people to properly respond by buying gold and silver bullion with hysterical abandon because they are so Completely Freaked Out (CFO).”

Well, even though I am now proudly a newly-minted quack doctor to both the economy and rich Hollywood stars, I know from years of experience about the staggering corruption in every government agency and the horrid Federal Reserve, and that they all know that it is important, important, important that nothing, nothing, nothing bad, bad, bad happen, happen, happen to the housing market, the stock market or the bond market because the entire freaking economic well-being of the whole freaking country and, by extension, the world (which, as a pointless acronym, would be EFEWBOTHWFCABETW, which is, upon reflection, too unwieldy, so just forget I even brought it up) is so vitally, vitally, vitally dependent upon these markets not only remaining at these preposterous, scandalous, sky-high valuations, but continuously getting even more, even more, even more so, so, so!

This is how price inflation comes to destroy everything.

And with the unbelievable corruption in the gold and silver markets, which are the only sound money and the last refuge of desperate people being destroyed as their money is destroyed, their prices will continue to be suppressed.

You get the picture. We’re Freaking Doomed (WFD).

But take heart! I asked Manager Dan at the grocery store “Are you buying gold and silver, currently at prices that are laughably low, or are you some kind of idiot who needs a good dose of Doctor Mogambo’s Stupidity Cure (DMSC), which is me slapping the hell out of your face (whap whap whap!) until you get some smarts about buying gold and silver when your own government, and governments around the world, is allowing and abetting such terrifying expansions of the money supply? Huh? What’s it going to be, Dan? Huh? What? Huh?”

No trouble! See how easy and pleasant this whole thing is? No trouble! Gold and silver bullion in hand! Whee! This investing thing is easy!

If you don’t believe me, then listen to Manager Dan. What are the chances that BOTH of us can be wrong?