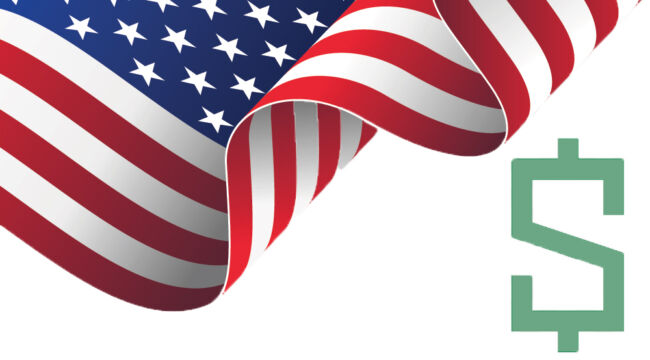 Can a culture divorce itself from its currency? We are not half so convinced that it can.

That is one reason we fear for the American future.

We fear its currency is anchored to its culture — a declining culture, by our lights — a culture run to strange and often preposterous settings.

It is only proper that this low and debased culture merits a debased currency — the debased dollar.

Let us then consider the degenerate paper dollar…

“It has a very important impact on our culture,” writes economist Jörg Guido Hülsmann.

The casual paper dollar parades around in flip-flopped shoes and T-shirts. It is festooned with tattoos and sports a nose ring.

Gold, meantime, goes in style. It sports a jacket and tie, finely tailored. Elegant footwear covers its feet. It shaves.

In brief, gold is all class.

It encourages the virtues of saving… thrift… deferred gratification. It sets the mind to the future. Hülsmann:

Before the 20th century, explains Hülsmann, debt was a cultural taboo… a scarlet “D” emblazoned across the chest.

“Credit for households… was virtually unknown,” he says. Only the poorest households resorted to debt-financed consumption.

But the debt-based money system eventually seeped its way into the cultural bloodstream, got into the marrows… and worked its mischiefs.

Hülsmann says it all encouraged a short-term perspective:

Fiat-money systems tend to make people insatiable in their quest for ever higher monetary returns on their investments.

Thus the slow grind of saving yielded to the lure of the fast buck. Americans abandoned their cup of joe for the latte, their bologna sandwich for the sushi dish.

And instead of chasing rainbows, people direct their monies in pursuit of other worthwhile interests — including philanthropy:

It becomes ever less interesting to invest one’s savings in order to earn a return, and thus other motivations shift into the foreground. Savings will be used increasingly to finance personal projects including the acquisition of durable consumers’ goods, but also philanthropic activity. This is exactly what we saw in the West during the 19th century.

By contrast, in a fiat money society you are more likely to increase your returns by remaining in debt and continuing to chase monetary revenue indefinitely by leveraging more and more funds.

The debt-soaked society loses something of the human face then. He concludes:

You can imagine, then, how this inflation- and debt-based system, over time, will begin to change the culture of a society and its behavior.

A point to ponder of a late November day…

Yet, as we have conceded before… perhaps we stretch the facts to fit our case. It is possible we link illusory connections where none truly exists.

American culture was not especially high and glorious before monetary debasement tugged it down.

But it seems this Hülsmann has hooked onto something.

Perhaps our paper money system has not only debased our economy and our politics — but also our culture.

And maybe our socially inclined money has somehow made us less… social.