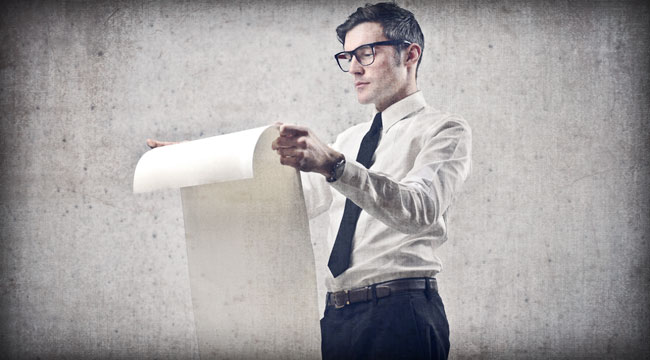 A Manifesto, of Sorts

Editor’s Note: Before you snap on your party hat and 2016 glasses… we hope you’ll partake in our traditional reflection. We start with a note from The Daily Reckoning’s co-founder, Addison Wiggin. He kicks off a three day series to get us ready to reckon in the new year. Read on for a manifesto, of sorts…

Human relationships… and passion. Those are the subjects that propel us forward.

Our beat is money — but a lot of what we write about isn’t directly related to money. It’s about people.

“You can’t write about investing every day or your readers will go crazy.”

And so we re-enter the fray with a story… one you may already be familiar with. If not, it helps explain a little about who we are… and what we do.

“Tell us a little about Bill Bonner,” a reporter for The Daily Bell once asked me.

“Umn…” I began. “Here’s an anecdote I’ve used to roast Bill at awards ceremonies that illustrates his laissez-faire approach to business and life.”

I’m going to share it with you on this fine Halloween for a very good reason… it will improve your outlook on life… and make you richer, happier, healthier and more successful.

No small order, mind you. But a proven fact all the same.

In 1999, I was working at the Cato Institute in Washington, D.C., when I’d heard Bill needed a writing assistant in Paris. I’d known Bill for nearly a decade at that point, but was still wending my way toward a professional career I could live with.

From my desk in Washington, I wrote to Bill offering my services. “Bill, would you like me to come to Paris and write for you?” I asked.

“Yep,” was the three letter email I received in response.

For some background, I’d just gotten married. My wife and I had had our first child only three months before. But I quit my job, boarded a plane and moved them to Paris. It was a rather momentous occasion in our young lives.

When we arrived in Paris, I went to the address given to me. It was an old apartment on the Boulevard Saint Germain, where I found, behind a stack of newspaper clippings and dog-eared books laying open with notes in the margins, Bill, typing away on an old laptop.

Mr. Bonner looked up and said: “Addison! What are you doing here?”

He’d forgotten I was coming. Forgotten I’d moved my family to Paris just to work with him.

He moved the stack of papers, and I sat down at the desk next to him. The same desk. On the same side as he was sitting. There was no other place to sit… and there I stayed for the next three months, pounding out the format for and editing The Daily Reckoning.

At the time, I was using an old “loaner” laptop from Agora with a crack in the screen. The battery no longer functioned. So every time Bill had an idea and leaned back in his chair, he’d knock the power cord out of the wall and I’d lose all my work for the day.

Occasionally, his pile of research papers would collapse and spread all across my keyboard. We eventually moved to a larger space, but from those auspicious days arose one of the more interesting and engaging e-letters on the Internet.

“The model that the mainstream media uses, along with mainstream economists, is flawed.”

The Daily Reckoning has reached millions of readers… inspired thousands more… and became the nucleus of a world-spanning company that now sports offices in 18 different countries.

All great drama is derived from the passions of men (and women) and how they interact with one another. Fear, greed, mob mentality and insanity are just a few of the very interesting human emotions.

The study of economics is an exploration of human passion writ large across history. It’s inexact. It’s frustrating. It’s fascinating.

“Addison Wiggin and Bill Bonner,” the reporter summarized, “have been in the forefront… of writers in predicting the current economic crisis long before it occurred. We have pointed out before that the hard-money community is consistently accurate in its forecasting, yet the mainstream media seem blissfully ignorant of this fact.

Today, we renew our passion for the project.

If you take heed of Jim Rickards‘ current forecast, the next shoe to drop is going to be a doozy. With luck and hard work, the ideas we publish will be unique and will benefit you in ways you cannot find anywhere else on the Internet or in print. Ideas that we guarantee in writing will make you richer, happier, healthier and more successful… even in the face of what are likely to be hard times.

P.S. Whither goes the economy and the financial markets, so goes The Daily Reckoning. You’d think “contrarian” opinions would react counter to the broader trends in the marketplace, but that’s just not true. When the markets — stock, bond, housing, credit, you name it — are on fire, the marketplace for new and interesting ideas is on fire too. To make sure you’re accessing that entire marketplace — rather than just the small sliver offered you by the mainstream financial media —  we invite you to join us in our email edition by signing up for FREE, right here.