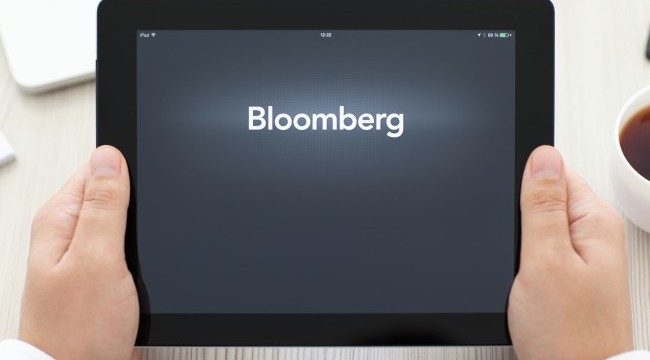 LONDON — We kick off today with a corker from Bloomberg.

Under the headline ‘Simple China Trading Rule Trounces the Market’, the piece opens as follows:

Buy when the stock market opens. Sell at the close. Repeat.

As far as trading strategies go, that’s about as simple as it gets. Turns out it’s also been a great way to make money in China, thanks to what analysts say is a pattern of afternoon equity purchases by state-backed funds.

You’ve probably read about China’s bursting stock bubble, and the authorities’ kitchen sink attempts to force the air back into it.

Turns out you could have made 23% since July 8 buying the Shanghai Composite Index at the open and selling at the close – versus 8% using buy-and-hold.

Not juicy enough? How about doing the same with the stock of behemoth PetroChina. That would have made you 45% over the same period, trouncing the measly 0.5% from just holding the shares.

There is a catch, at least when it comes to buying the shares. China has banned same day stock trading, meaning you’d have to wait for the following day to close the trade.

Traders have instead turned to the futures markets. A gain of 18% in two weeks was there for the taking, versus 6% from buy-and-hold.

This is clearly insane.

Ah, you might say, but it’s China, isn’t it? What do you expect?

If only such market mangling really were limited to China.

Japan, as everyone knows, has been struggling with deflation for over two decades. Might the end finally be in sight?

Bank of Japan governor Haruhiko Kuroda appeared to say so earlier in the week.

“Right now, the inflation rate is close to zero,” he stated-the-obvious on Tuesday.

“The inflation rate should start to accelerate considerably in the coming months.”

He’d better hope so. Kuroda is responsible for one of the “three arrows” of Abenomics, Japan’s frontal assault on deflation launched at the end of 2012.

That arrow is aggressive monetary policy (the other two being fiscal stimulus and structural reforms, which in Japan’s case seems to be as vague a phrase as it is elsewhere).

To fire the arrow, the BOJ has expanded its quantitative easing programme, and is buying assets at a rate of ¥80tn (roughly $650bn) a year.

The prize Kuroda seeks is getting inflation expectations up to the 2% level (and thereby dragging actual inflation to that level with them).

But QE has side effects. There are concerns that the BOJ has virtually eliminated volatility in the Japanese Government Bond market.

This is not healthy. Changes in government bond prices (and therefore government borrowing costs) are a key economic indicator.

How long will the BOJ get away with keeping its thumb on the scales before there’s a horrible disconnect? Long enough to hit that 2% target?

One suggestion doing the rounds is to switch from quantitative easing to what the fashionable economists (oxymoron intended) are calling “qualitative easing”.

What on earth does this new jargon mean?

Basically, it means the central bank switches from buying vast quantities of government debt and other bonds and starts buying riskier assets. Like maybe shares.

The idea is to that a central bank gets more bang for its buck this way.

That this bang may be end up being the popping of the biggest bubble yet seems not to trouble those putting forward this idea.

Maybe I’m being thick, but someone needs to tell me how this is fundamentally different from what China’s authorities are doing. I can’t see it.

As it is, the BOJ, like the Federal Reserve, the Bank of England and the European Central Bank, holds its thumb on the scales, mangles the markets and hopes to hits its target with ever more desperate efforts.

Reminds me of myself yesterday on my first ever visit to a driving range (the golfers among you would have been embarrassed to witness it, I’m sure). 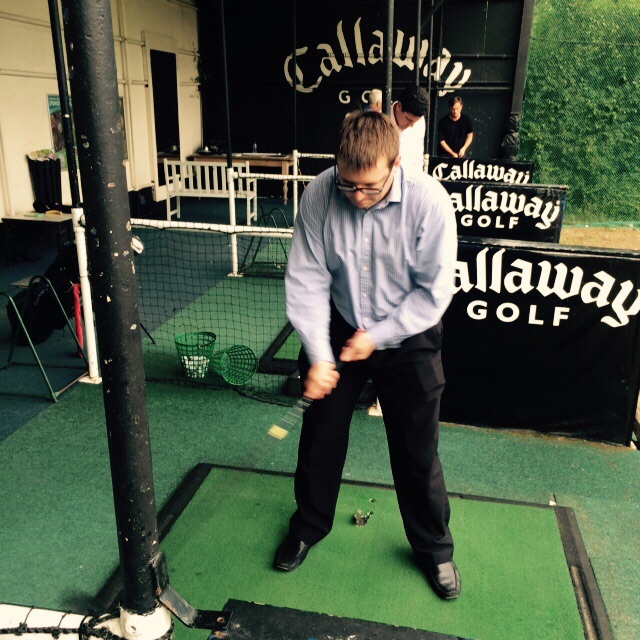 A fashionable economist struggles to learn golf. I’ve already been told my hands are in completely the wrong position.

Before I go, a quick heads up that I’m away next week.

My mum’s in town, and among other things I’m taking her to see the Playhouse Theatre production of 1984, based on Orwell’s masterpiece.