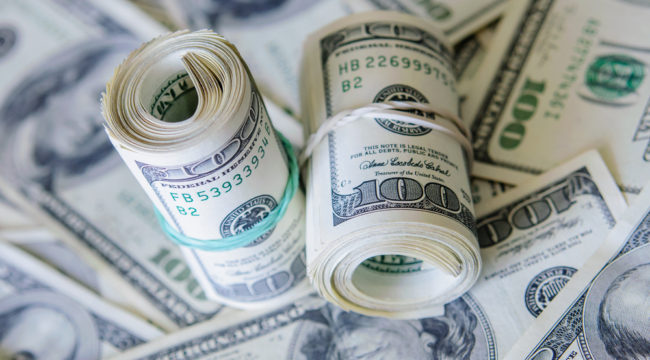 The most interesting news is often buried in the back pages…

CNBC yawned the other day that four of the world’s largest banks — the Swiss bank UBS, Deutsche Bank, Spanish Santander Bank and BNY Mellon — have teamed up to create something they call the “Utility Settlement Coin (USC).”

What in bloody blue blazes is that? A new way to pay the water bill?

No. It’s a new form of digital money, like Bitcoin. But for banks. These banks believe it will “become an industry standard to clear and settle financial trades over blockchain, the technology underpinning Bitcoin.”

The USC would be the first Bitcoin-like currency used officially between major financial institutions.

Why are these banks doing it?

The USC would let financial institutions pay for securities like stocks and bonds without the delays associated with traditional money transfers. These can take days. And these delays cost money. According to a report by a consulting firm Oliver Wyman, the world spends up to $80 billion every year to clear and settle trades.

USC would change that, says the Financial Times: “They would use digital coins that are directly convertible into cash at central banks, cutting the time and cost of post-trade settlement and clearing.”

Granted, not quite Page 1 stuff. The obituaries are thrillers beside it. But this obscure story contains a library of information to the practiced eye…

Over 80% of all global financial transactions are conducted in dollars. So every major financial institution, corporation, central bank and foreign government needs piles of greenbacks to transact business. That creates an almost unlimited global demand for the things.

The way the international trade system is set up right now, most international financial transactions must pass through the U.S. banking system’s network of correspondent accounts. This gives the U.S. government an incredible amount of power… As long as the U.S. dollar remains the world’s dominant reserve currency, major banks must able to clear and settle U.S. dollar transactions if they expect to remain in business, making the U.S. banking system the gatekeeper of the U.S. dollar.

This new digital payment system lets banks bypass the swamps of the U.S. banking system. They can instead send real-time payments directly to one another using their own version of digital cash, saving time and money.

Seems harmless enough, really. Nothing wrong with saving time and money. So… what’s the big deal?

The big deal, says Black, is that this thing could mean the dollar’s no longer the center of the financial solar system: “If foreign banks are able to transact directly with one another without having to go through the U.S. banking system, then why would they need to park trillions of dollars in the United States?”

His answer: “They wouldn’t.” Then it’s every man for himself:

Adoption of this technology could cause a gigantic vacuum of deposits out of the U.S. banking system. U.S. banks would take a big hit. And the U.S. government would have far fewer foreign buyers to sell its ever-expanding piles of debt to.

Make no mistake, the adoption of this technology is a game-changing development with far-reaching implications. And it’s happening very quickly.

Or as globalintelhub puts it in Zero Hedge:

What makes this week’s announcement unique is that for the first time, the banks publicly announced they are making a new digital ‘cryptocurrency’ that isn’t issued by a central bank, that can be implemented by them and across borders, which is a perfect fit for a replacement of the U.S. dollar and other fiat currencies when they completely run out of QE steam.

A lot of people think the central banks are running out of QE steam as it is. How much do they have left?

The Utility Settlement Coin is expected to launch in 18 months. It could be years before it gains traction, of course. But the direction is clear: the world wants alternatives to the dollar.

The real question: Can the Utility Settlement Coin and other cryptocurrencies like Bitcoin replace the dollar when the next crisis strikes? Below, Jim Rickards provides the answer. And it might surprise you. Read on.