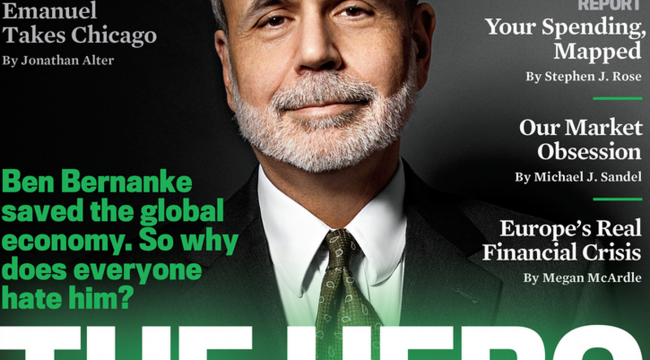 Losing Faith and Getting Real

We made this call in the 5 Min. Forecast early in the year. Jan. 22, to be precise. The Swiss Central Bank had just rocked the financial world by uncoupling the Swiss franc from the euro. Reuters posted a news analysis piece posing the question, “What if central banks become as unpredictable and fallible as they are powerful?”

In mainstream circles three years ago, the question was unthinkable… 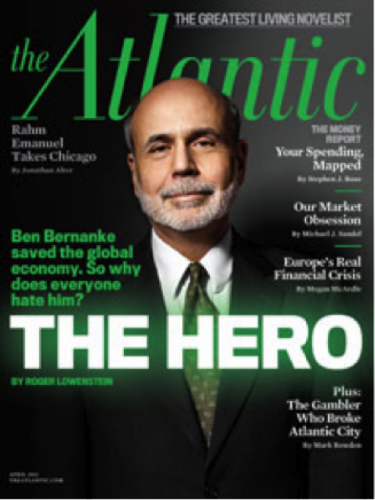 Notice the halo effect around the main headline? Ugh…

But this morning, as the Federal Reserve convenes for one of its every-six-weeks meetings, you can’t help stumbling over the question.

“The Federal Reserve on Wednesday will unveil the latest version of its strategy for righting the American economy,” writes The Washington Post’s Ylan Q. Mui. “But the question is: Will anyone believe it?”

The Fed has been consistently overoptimistic about the pace of the “recovery” since 2009. Only yesterday, we mentioned how the Fed’s own numbers indicate the manufacturing sector is back in recession — six months of either no growth or outright contraction.

And so the establishment media have figured out what our Jim Rickards told me in 2013: “The Fed has one of the worst forecasting records out there.

“Don’t ever think for a minute that the central bankers know what they’re doing,” Jim emphasized to me last year. “They don’t. And that’s my own view, but I’ve heard that recently from a couple central bankers…. They said the same thing: ‘We don’t know what we’re doing. This is a massive experiment.’”

Along with a loss of faith in the Fed, we’re witnessing a parallel phenomenon — an acknowledgment that another financial crisis is at least possible.

This too was a concept the mainstream refused to entertain three years ago. This morning, you can’t get away from it — thanks to a federal judge named Thomas Wheeler.

Yesterday, Judge Wheeler declared the Federal Reserve’s 2008 rescue of AIG an illegal act. The Fed had no authority to take over an insurance company, he ruled in a lawsuit brought by AIG’s ex-CEO Hank Greenberg. But the judge denied Greenberg the $40 billion in redress he sought… saying absent the Fed’s action, AIG shares would have been valued at zero.

“Judge Wheeler’s opinion,” says The Wall Street Journal, “could cast a shadow over the government’s role in any future financial crisis, lawyers and other legal observers said.”

The hand-wringing by The New York Times’ Andrew Ross Sorkin was even more explicit: “The judge’s decision could have far-reaching consequences should another financial crisis occur — and if history is any guide, one will. Legal experts say that the ruling, coupled with certain provisions of the Dodd-Frank financial overhaul law enacted after the crisis, makes it unlikely the government would ever rescue a failing institution, even if an intervention was warranted.”

Nonsense, says money manager and uber-blogger Barry Ritholtz: “In theory, the ruling may limit the Fed’s ability to deal with the next crisis. In practice, during a genuine panic, there are no rules… In an emergency, the government often ignores what courts say.”

So two of the nation’s leading newspapers — “opinion shapers,” if you will — are putting another financial crisis on the table.

There’s a growing awareness of what our Jim Rickards has said for years: The system wasn’t cleansed after 2008. Many of the imbalances in the system were allowed to remain… and have only gotten worse.

If the mainstream is catching on to at least the hypothetical possibility… that means it’s time for you to move to the next level and prepare your portfolio for that next crisis.

P.S. As you’re probably aware, Jim Rickards anticipates much worse crisis than in 2008. He compares the international monetary system to a “House of Cards” — vulnerable to collapse at the slightest disturbance.

Two days from now, Jim will be with us here in Baltimore… meeting with a small group of our readers who’ve paid upward of $6,500 each. They’ll learn how the collapse will unfold… and what action steps they must take now.

You have the chance to listen in on these sessions for a much lower cost. Through tomorrow at midnight, you can get the best available price on high-quality recordings and full transcripts — nothing will be held back. Take advantage of your early-mover discount and click here.