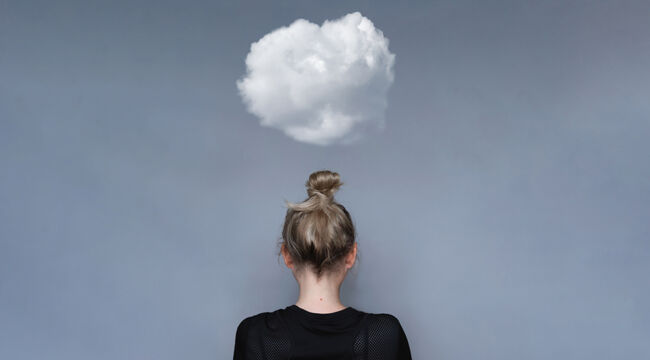 In Chapters One and Two of my new book, The New Great Depression, I explain how the pandemic originated from a bioweapons laboratory in Wuhan, China and how the virus spread around the world, regardless of policies such as lockdowns and masks, which proved to be useless.

But, in Chapter Five, I explore one of the least reported and potentially longest lasting legacies of the pandemic – mental health disorders.

Most experts and almost all everyday citizens are unaware of how the SARS-CoV-2 virus can penetrate the neural network and brain membrane, directly impacting cognition. Even more important are the long-term effects of adaptive behavior.

For the past 15 months, the U.S. population has been terrorized with demands for lockdowns, quarantines, social distancing, facemasks, skipping holidays, and now injections with experimental gene modification treatments, (which are not true vaccines in the traditional sense).

People adapt by becoming anti-social and withdrawn. Disorders such as anxiety, depression, violence, drug abuse, alcohol abuse and suicide all climb rapidly. The difficulty is that once behavior adapts in this way, it’s not easy to switch back to how things were before the pandemic.

The adaptive behavior can persist for years or even decades in the absence of some equally catastrophic event that causes a new adaptation, such as war or a natural disaster.

Some people adapt more easily than others. This can lead to clashes between those who are more able to get back to normal and those who cannot.

For example, a supermarket chain in New York decided to eliminate the indoor mask requirement for those who are vaccinated. They also said they would not ask for proof of vaccination, and the no mask policy would essentially be an honor system.

This provoked a furious backlash from customers who insisted that masks were still required and they would continue wearing their masks indefinitely. Some claimed that any “scientifically literate” person would still wear a mask, despite the fact that actual science shows that they don’t really work.

There was a counter-backlash from customers who were “done with masks” and objected to the mask fearmongers. Of course, the store management was just trying to get back to normal and got caught in a crossfire of caustic comments from both sides.

Expect more of this. Fear is not easy to overcome, even as the pandemic dies out.

Governments are trying to assure citizens that they won’t require proof of vaccination (so-called “vaccine passports”) and are relaxing mandatory mask policies in response to the decline in pandemic caseloads.

The vaccine passport requirement is underway (see more below). Europe has already announced that Americans won’t be allowed to travel to the EU without a vaccination.

Even if the U.S. does not go that far, the fact that Europe does means you’ll need your injection and a QR code validation on your smartphone (something like a boarding pass) if you want to travel abroad. The same is true for masks.

(By the way, none of these rules seem to take into account the 33 million Americans who have had COVID and recovered. These individuals have actual antibodies that are likely far more effective at fighting the disease than the genetically modified antibodies produced by the so-called vaccines. Why do they need masks?)

No Vaccine, No Entry

Most businesses that dropped mask requirements allowed customers to make their own choices based on an honor system about vaccination. Now, Oregon has intervened to require actual proof of vaccination before entering a building without a mask, even if the building owner is willing to use an honor system.

These policy choices, apart from being obnoxious, are not free. They impose a huge cost on the economy and slow the recovery.

Fear of shopping, dining out, going to theatres, etc. will continue to be a drag on economic growth long after the new caseload count for the coronavirus approaches zero.

This will be just one more headwind to robust economic growth in the year ahead. But the greatest casualty of COVID may be our freedom.

Readers of George Orwell’s Nineteen Eighty-Four are familiar with Big Brother and his totalitarian tactics. Big Brother was the dictator of super-state Oceania. He used continual surveillance and Thought Police to monitor the population and stamp out any signs of political dissent or independent thinking.

The image of Big Brother and fear of the Thought Police have been used continually since the book was published in 1949 to warn of the power of big government and the infringements of civil liberties.

Of course, the threats today don’t come just from the government; they also come from Big Business, Big Tech and Big Pharma. They are all components of a twenty-first century digital Big Brother culture.

As a result of COVID restrictions used to curtail freedom and frighten the population, Big Brother tactics are no longer just a warning; they are a reality. For evidence, look no further than the Excelsior Pass.

Excelsior Pass is the brainchild of Governor Andrew Cuomo of New York, whose policies killed over 15,000 people. His executive order forced COVID victims into nursing homes so they could spread the infection among the most vulnerable members of society.

And without the pass, you cannot attend certain shows or sporting events. Private businesses not directly regulated by the state can decide on their own to require Excelsior Pass if you want to eat in certain restaurants or shop in certain stores.

Already, sports arenas are setting up preferred seating for those with Excelsior Pass and separate seating in less desirable parts of the stadium for those without. (No doubt the hot dog and beer vendors somehow won’t make it to the segregated seating areas).

There’s a lot more coercion and invasion of privacy here that meets the eye. Medical records used to be carefully protected and almost impossible for anyone to see except your doctor. Now you have to put your medical records on public display to go to a baseball game.

What about those who have even stronger antibodies because they survived COVID? What about the fact that the “vaccines” are not really vaccines but are experimental gene modification treatments that may produce permanent changes to your genetic make-up? What about the public humiliation that comes with segregation?

Far more Democrats than Republicans are getting the vaccine. Is Excelsior Pass just another way to segregate against Republicans? Minorities are also reluctant to get the vaccine because they have been used as medical guinea pigs in the past. Is this kind of segregation against minorities OK?

What happens if six months from now, the neo-fascist Dr. Anthony Fauci decides you need a booster shot? Does your Excelsior Pass suddenly expire if you refuse the booster? Will you have to do as you’re told for the rest of your life just to be allowed out?

This is just one more example of how COVID has morphed from a pandemic to a semi-permanent excuse for the government to invade privacy, mandate healthcare choices and exercise political control over people’s lives.

Big Brother is not coming. He is well and truly here.