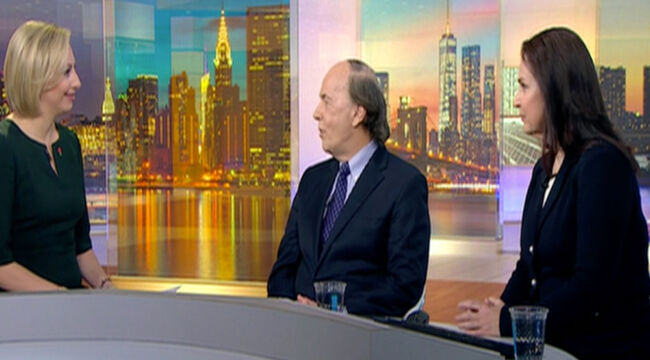 This time last year, I was researching and writing my latest book, The New Great Depression. The book is mostly about the economy, but of course, it was impossible to write about the economic impact of COVID without considering the source of COVID and the policy response to the pandemic, including lockdowns and quarantines.

I did an enormous amount of research on the two leading theories of the source of the virus — the “wet market” theory and the “lab theory.” I presented both sides in a balanced way, but in the end, I came down firmly on the side that said the virus leaked from the Wuhan Institute of Virology as a result of genetically engineering a lethal pathogen.

Using hard evidence and the inferential methods I learned at the CIA, I deduced the only reasonable conclusion was that the virus came from a lab. I thought this view would gradually prevail, despite the media playing up the wet market theory. That never happened.

The media went crazy supporting the wet market view and called anyone who advocated for the lab theory a “conspiracy theorist.”

But this hysteria was never about the best science (I had the science in May 2020). It was about bashing Trump and helping Biden win the election. Trump supported the lab leak theory, so he had to be denounced, and that meant shunning the lab theory and promoting the wet market hoax.

One of Biden’s first official acts after becoming president was to shut down an expert investigation being conducted by the State Department that was looking into the lab leak theory. Yet, 18 months after the outbreak in Wuhan, the world is now suddenly giving credibility to the lab leak view.

Yesterday, The Wall Street Journal published an article written by scientists Steven Quay and Richard Muller, which revealed the latest evidence that the virus came from a lab.

They noted that the virus’ genetic sequence has never been found to occur naturally in coronaviruses:

The most compelling reason to favor the lab leak hypothesis is firmly based in science… COVID-19 has a genetic footprint that has never been observed in a natural coronavirus… At the minimum, this fact… implies that the leading theory for the origin of the coronavirus must be laboratory escape.

Now, these scientists aren’t guaranteeing that the virus escaped from a lab. But they are saying that there’s strong scientific evidence to indicate that it did.

Meanwhile, recently leaked emails from Dr. Fauci revealed that he was notified, as early as January 2020, that the virus might have been “engineered,” even though he publicly downplayed the theory.

Because of the growing recognition that the virus may have been engineered in a Chinese lab, Biden had to call for a new investigation of the lab leak theory and the associated evidence. It’s embarrassing for Biden to start a new investigation after he just shut down an existing one so that flip-flop is being swept under the rug.

By the way, don’t expect dramatic results from the new inquiry. There’s good reason to believe that the Biden family are under the thumb of the Communist Party of China due to their corrupt business dealings there (all of which were captured on tape by the Chinese intelligence services).

This leads me to believe that Biden doesn’t want to embarrass Chinese officials because of the dirt they have on his corrupt family dealings.

Where do things stand now with the virus?

With a sharp drop-off in new COVID cases in the U.S. and an even sharper decline in COVID fatalities, it appears that the pandemic is finally coming to an end. A combination of natural immunity in COVID survivors and immunity due to vaccinations has given the virus little chance to jump from one human to another.

The end of most curfews, occupancy limits and mask mandates (except in more restrictive states like California and New York) combined with the nice, spring weather has been like a tonic. People are going out, dining in restaurants, visiting old friends and attending concerts and sporting events.

But, note that I said it appears that things are getting back to normal. In reality, things aren’t really back to normal and may not be for years or decades. Behavioral adaptations that arose under the extreme duress of a pandemic and a climate of fear will take years to reverse.

Meanwhile, a new strain called the Indian variant (technically variant B.1.617.2) has now arrived in the U.S. This variant devastated India and caused 332,000 fatalities there, making it second only to the U.S. in total fatalities of any country in the world.

We know that it is definitely more contagious than the variants that have hit the U.S. so far. What’s not clear is whether existing vaccines will protect us from this Indian variant or if the fatality rate will go up in lockstep with the infection rate.

Let’s hope the Indian variant stays contained in the U.S. and the vaccines are as effective against it as they appear to be against the other variants. If so, then the pandemic should come to an end soon. If not, another wave may be beginning, the fifth wave in the past 16 months.

Oh, by the way, a new outbreak of a contagious virus has begun in China. This is not a coronavirus like SARS-CoV-2 that causes COVID-19. It’s a type of flu virus with the identifier of H10N3.

Technically, it’s an avian virus that circulates among birds, especially chickens, but has now infected a human. To be clear, this is not a highly contagious virus and is not considered to be particularly lethal.

It has apparently only infected one individual, a 43-year old Chinese man who is now in stable condition. Experts consider the risk of an epidemic, let alone a pandemic, to be low. So, this is nothing like a new COVID outbreak.

But it is a reminder that China continues to be an incubator for a wide variety of potentially lethal viruses. These viruses come from pigs, birds and more exotic species such as bats and pangolins.

They sometimes jump to humans due to unsafe and unsanitary conditions in the meat industry and outdoor “wet markets.” They are also taken into laboratories for experimental purposes, where they sometimes escape in bioengineered form due to sloppy safety protocols.

Perhaps none of this mattered in a nineteenth-century agrarian society cut off from the rest of the world. But in the twenty-first century, the world is densely connected through supply chains, international jet travel, student exchanges, tourism and hundreds of other mass participation visits around the world.

China cannot be allowed to have easy interaction with developed economies unless they devote more resources to sanitation, testing and ending exotic animal consumption.

Beyond that, China needs to end its highly dangerous genetic splicing and gain-of-function research that has no medical purpose other than creating more lethal strains of already dangerous viruses.

There are only three paths from here: China cleans up its act, China is cut off from the world, or the world should get ready for one pandemic after another.

The next one may be even more devastating than COVID-19, both biologically and economically.