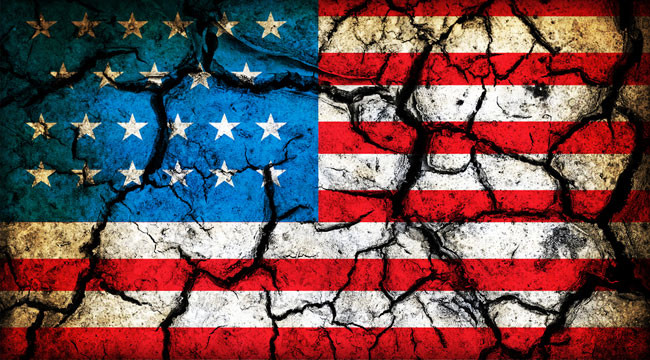 Life in a Modern Debtor Nation

Amazing how much difference a few years makes. We first visited China in the 1980s. It was an appalling dump. Few cars. Few roads. Almost no decent restaurants or hotels.

The Chinese have made real progress!

Nobody had any money in China in the 1980s. In contrast, today you lose control of your car in downtown Beijing and you are bound to run over at least a couple of millionaires.

“We are very much aware of our extraordinary good fortune,” said a Chinese man in his 50s. “We grew up with nothing. Now we are able to dine in fine restaurants, live in fine houses and travel to other parts of the world.

The party leadership is not infallible. Neither in China nor in the U.S. In both countries, the feds — looking out for themselves — make policy decisions that are disastrous for others.

We were in China for only a few days. We have no idea what calamity the central planners will cause there. But we can take a fair guess of what they will do to America. Broadly, China’s feds build too many factories, malls and apartments. America’s feds encouraged the opposite error — borrowing and spending too much for consumption purposes.

“Yes, we know there may be a slowdown… or even a financial crisis… coming. But we have gone ahead so far so fast we can put up with a little backsliding,” said our friend cheerfully.

Americans are not likely to be so cheerful about it.

Let’s see… According to the official numbers, $1 when we were born (right after World War II) was worth about $10 today.

Today, a median wage earner gets $30,000 a year –10 times as much in nominal terms. But now, despite the feds’ phony numbers, he has much less buying power.

Without even starting to calculate the effects of higher taxes, health care and education expenses, we can see he has to devote at least a whole year’s wages to buying a new family car — twice as much as in 1950.

As you can see, the real wages of the typical working man in the U.S. have gone down for the last 60 years. In terms of his time, his most important purchases are more expensive today than they were in 1950.

How did American workers survive with lower real wages and higher living costs?

Second, and most importantly from our point of view, they began to borrow. Aided, induced and bamboozled by the feds’ EZ credit policies… they went deep into debt to keep up with their own standards of living.

Almost everyone misunderstands why. They think deregulation allowed capitalists to take more money away from the proletariat. Or that “the rich” suddenly became greedier.

We presume the rich are always equally greedy — just like the poor. And we note that the total volume of regulation actually increased during the period under review. Just look at the tax code… or SEC rules. There are far more rules now than there were in 1950.

Actually, something else was happening… something subtler and more insidious. Here’s Bloomberg with more evidence:

“The U.S. homeownership rate, which soared to a record high 69.2% in 2004, is back where it was two decades ago, before the housing bubble inflated, busted and ripped more than 7 million Americans from their homes.”

“With ownership at 65% and home values rising, housing industry and consumer groups are pressing lawmakers to make the American dream more inclusive by ensuring new mortgage standards designed to prevent another crash are flexible enough that more families can benefit from the recovery. Regulators are close to proposing a softened version of a rule requiring banks to keep a stake in risky mortgages they securitize, according to five people familiar with the discussions.”

How does that work? Easier credit? But not riskier credits? More laws? Good luck with that!

President Obama is stumping the country now, promising to save the middle class. But he and the feds are the real reason the middle class is suffering. They created a monetary system that robbed society of real capital… and robbed workers of trillions of dollars of income.

Economists measure quantity. Alas, life is not all quantifiable. What really matters is quality. Right now, the Fed tries to control prices. But prices are only a part of the picture.

When it comes to art, architecture, music, puppies and women, it’s what strikes the senses that matters — what you see, hear and feel.

But when it comes to your money, what you see is not exactly what you get. Price tells you something. But it doesn’t tell you all you need to know.

Why? We’re so glad you asked…

When bullion money was invented, government quickly saw the potential. Control the money and you can control people. You control their assets. Their cost of living. Their time.

In ancient times, controlling money meant you could buy people outright. You could buy war captives. Those who couldn’t pay their debts often sold their children into slavery too. Or they themselves were forced into debt servitude.

In the world’s oldest legal code — the Babylonian Hammurabi’s Code, set down some 4,000 years ago — it says that children of debtors can be kept in slavery for three years. In the fourth year, they must be released.

Clever readers will be on the edges of their chairs… ready to leap with indignation. America’s youngsters, heirs to its $16.7 trillion national debt, will be kept in debt servitude far longer. Maybe even all their lives!

But the people who controlled the money could still diddle it. And the history of central banking is a history of diddling.

Paper money was a later innovation. It worked well — as long as the paper was backed by gold at a fixed rate. But it offered more opportunities for cheating.

As we will see, governments are still at it — led by the United States of America.

Ed. Note: In The Daily Reckoning email edition, we regularly discuss the implications of a government-led assault on the dollar. And more importantly, we give subscribers opportunities to secure and even grow their wealth during such uncertain times. Take a moment to sign up for free, right here, and you can start receiving such opportunities yourself, immediately.