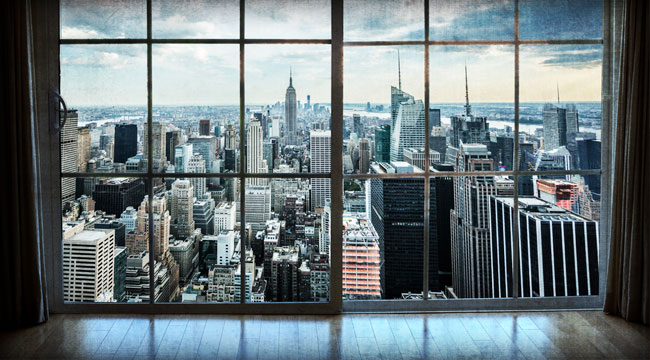 Lessons From a Self-Made Mogul

It was wintertime, 1999, in New York City. And it was a cold and gray day, but that didn’t stop the usual crowds on the sidewalks of Midtown Manhattan from their Christmas shopping.

I was heading to a meeting at an office at Rockefeller Plaza, and it was a great time of year to be there. The iconic collection of art deco buildings along Fifth Avenue were decked out for Christmas. The plaza itself had the soaring Christmas tree towering over the decorated ice rink, complete with piped-in carols — even Ebenezer Scrooge would have been a reveler.

But while Rockefeller Plaza had some panache on the outside, I couldn’t help but notice that some of the offices could use some updating. Except for the office I was visiting. It was fabulous. Not ostentatious — but with one of the greatest views in the plaza. I shouldn’t have been surprised. The man who owned the office was a master real estate investor… and he clearly knew the No. 1 rule: “location, location, location.”

So with my banker suit on and my bow tie tied, I headed into the building and on into this man’s office.

The folks working for the man I was going to meet were quite friendly and down to earth. He had chosen his staff well. As I learned, he had recruited the best and the brightest — many, in fact, from Arizona State University… which I’ll explain why is important in a moment.

In time, I was taken to the man’s office. I couldn’t help but marvel at the tree and rink outside the window just beyond his desk.

He stood and offered his outstretched hand with a hearty handshake and a smile. And that was my first meeting with real estate mogul William Polk Carey — or, as he told me to call him — Bill.

We had a lot to discuss.

He had founded a company that leads in sale-and-leaseback transactions of major commercial buildings, covering everything from administrative to distribution to even retail properties in the United States and strategically around the world. Sale-and-leaseback deals are an innovative means for companies that own real estate to liquify it — releasing cash and capital on their balance sheets for more productive uses.

For a refresher on how sale-and-leaseback works, say Wal-Mart owns a distribution center. Rather than let it sit there on the company’s balance sheet, it will sell it to the company, and then will turn around and lease the building back.

While I was eager to get Bill’s secrets for making millions, I started with another topic — his love of education.

The man had given many millions upon millions of dollars to help fund higher education. Since my father was chancellor of Webster University and I continue to be a benefactor and adjunct professor, education was a favored topic for me as well.

In fact, I discussed Webster University’s pending search for a major gift that would further endow the Business School while bestowing it with the name of the benefactor. He told me that the search for a benefactor would be a great one in which I’d meet some of the greatest and most influential of potential donors.

(He turned out to be very right. That honor eventually went to George Herbert Walker, another great man whose moneymaking secrets I’ll share at a later time.)

Carey himself had bestowed his name to a business school… the Carey School of Business at Arizona State University. So it was no wonder so many Arizona alums were working his front office.

Years later, in Baltimore — not that far from Agora Financial’s office — students would also study at the Carey Business School at Johns Hopkins and the Carey School of Law at the University of Maryland.

We also talked a bit about Carey’s heritage. His uncle was James Polk, the 11th president of the United States. And like No. 11, this man made the most of his office.

Sitting in his great office with floor-to-ceiling windows with that million-dollar view, we got on to the second half of our conversation: making money in real estate.

Bill began to educate me on his secrets for getting the most out of real estate deals — the principles that had proven very successful for him.

He loved cash coming in, he told me. And that’s always been at my forefront as well. He also did everything he could to limit his risks.

Of course, he paid attention to what the property was and where it was located. More tellingly, though, he wanted to know who would be leasing the property from him. In fact, he liked to have tenants built in before a transaction was even inked.

And in doing so, Bill’s real estate deals paid cash right from the very first day of owning them. Not one day of downtime. The leasing tenants had already moved in and were eager to write rent checks to Bill. And they’re content to lock in those rent checks for many years, if not decades, assuring that Bill would have cash flowing and a locked-in tenant in each and every real estate deal.

It meant no uncertainty whether he’d be able to lease his new buildings to the right tenants. And no uncertainty that they’d want to move out, leaving him without rent checks and the costs and risks of finding replacement tenants.

Another one of his big secrets was to only do deals on properties for which he didn’t have to pay a cent to maintain, pay a penny for utilities or lay down a dollar in property taxes. He also finagled it so he didn’t even have to pay any corporate income taxes to Uncle Sam or the individual states.

Put it together and you can see why it worked: locked-in tenants already moved in for decades. No costs to maintain the properties. No utility bills and costs. And no property taxes and no corporate income taxes. And huge cash checks coming in each and every month.

That’s how Bill made millions — as folks in Arizona, Maryland and New York know firsthand, thanks to all the money he gave away over his lifetime.

Unfortunately, Bill passed away in 2012, but his legacy and moneymaking ways live on. That’s because the company he built continues to rely on the principles he shared during my introduction that fateful day many years ago.