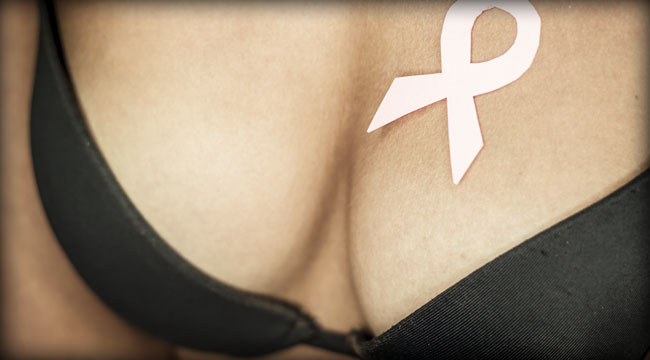 Knowing is Half the Battle

Are you rational? Are you smart? Are you brave? Let’s find out. Take this thought test:

You go to a clinic for a really thorough two-day executive physical, and a doctor sits down with you at the end of it all to review the results: “Right now you are healthy and well,” he says. “But the tests we’ve run show that you have about a 90% chance of eventually getting a really nasty cancer. Your odds of contracting this cancer tomorrow are somewhat less than 50%, but as you get older, the odds will increase dramatically.”

Then she says, “However, if we amputate both your ears, the chance you’ll get that cancer will fall to 5%.”

Would you agree to amputate your ears, knowing that even with reconstructive surgery you will never look the same?

We live in a new age of genomics… It is a very young and often chaotic science, but [Angelina] Jolie decided to grab onto its promise, which probably saved her life.

That’s pretty much the choice that actress Angelina Jolie faced earlier this year. Her mother, Marcheline Bertrand, had breast cancer and died after a long struggle with ovarian cancer in 2007, at age 56. Then her mother’s sister, Debbie Martin, was diagnosed with breast cancer. Martin died in May. Both the aunt and the mother carried a mutation of the BRCA1 gene that dramatically increases the chances a person will get breast cancer.

When breast cancer runs in families, not everyone in that family is necessarily at increased risk, but a rational person might want to find out if she had won or lost the genetic lottery. Jolie decided to find out. She paid for an expensive genetic test sold exclusively by Myriad Genetics. It revealed that she did, indeed, carry a BRCA1 mutation. That is somewhat rare. Fewer than 1% of women inherit it. But either mutation makes it very unlikely a woman will live a reasonably long life. For Jolie, who is 38 and the mother of six children under 12, it meant she had as much as a 50% chance of getting breast cancer by age 50 and as much as an 87% chance by age 70.

Now for the courage and rationality part: Jolie asked Dr. Kristi Funk in Los Angeles to perform what physicians call bilateral prophylactic mastectomy with reconstruction. The tissues in both of Jolie’s breasts were removed and replaced with implants, her skin neatly sewn back over it all. But that’s a simplistic explanation of what is actually two complex surgeries — one for removal of tissue and one for reconstruction. There are other noticeably unpleasant procedures involved. The process involves significant pain and discomfort. And any surgery is risky. Jolie’s treatment began in early February and ended in late April this year.

For the actress and millions of other women who face breast cancer’s probabilities — one of every eight women will be diagnosed with it in her lifetime — just staying alive seems like a cruel game of odds. Nonetheless, Jolie is lucky: She could afford to pay the $4,000 bill for Myriad’s BRCA test, which is rarely covered by insurance plans, and as a young adult, she became part of the first generation of humans to know an extraordinary secret — that their genes could be decoded and spread out in a big list to see which ones weren’t right. We live in a new age of genomics, science that offers information about inherited diseases. It is a very young and often chaotic science, but Jolie decided to grab onto its promise, which probably saved her life.

Jolie’s chances of getting breast cancer after her surgeries have dropped to about 5%. But had she gotten breast cancer before her mastectomies, she might have wanted to take a different test. Later in this article, I’m going to tell you about a small company that is about to market that test, which was approved just weeks ago by the FDA. It can tell women who have had breast cancer what to do next.

Let’s pause for a moment in this story, because I know a lot of men are reading along and probably feeling pretty lucky that they don’t have to worry about breast cancer. They should think again. As hundreds of thousands of men already know, breast cancer will turn your life upside down if your wife or daughter or mother or girlfriend gets it. And those worrisome BRCA1 and BRCA2 gene mutations are not exclusive to women.

Although the occurrence of breast cancer is far less common in men than women, about 2,200 men in the United States will get breast cancer this year and about 400 will die from it. Up to 40% of male breast cancer cases are directly related to the BRCA2 gene mutation.

And if the women in your inherited family — your mother, your sister, your aunt, your grandmother — get breast cancer, your risk for prostate cancer shoots up. Men who notice a high incidence of breast cancer in their families also line up for the BRCA test.

For Jolie, a preventive double mastectomy was not the only rational approach to survival. Dr. Funk has commented that the actress could have instead submitted to MRIs, X-ray mammograms and ultrasound testing — intense inspections of her breasts every month for the rest of her life. Because MRIs don’t always show cancers that can be seen with mammograms, and vice versa, clinicians often recommend that high-risk candidates get both. A new ultrasound technology can show cancers that mammograms cannot reveal in women with dense breast tissue.

Monthly inspections of high-risk patients are likely to catch breast cancer very early, and early treatment greatly increases the odds of living a long, healthy life. But catching a tumor early and removing it, and then zapping nearby tissues with radiation and perhaps subjecting your whole body to the often blunt toxicity of chemotherapy, is no guarantee the cancer will stay away.

Ironically, the chances of recurrence for breast cancer increase simply because a person has already had the disease. That is why a striking number of women choose double mastectomy when they’re told they have an invasive cancer in one breast. A study in the Journal of Clinical Oncology in 2008 showed that a third of the women in the United States who knew they had a BRCA mutation had chosen to have preventive mastectomies.

Fear can sweep away reason and compel us to reach for some sort of control over the uncontrollable. And in the end, who wants to visit the doctor each month to find out if they have cancer? The emotional repercussions of being at high risk have proven to be devastating for everyone involved, including children who begin asking, “Mommy, will you die of cancer?”

Jolie went public about her mastectomies on The New York Times Op-Ed page in May this year, reaching out to other women, telling them they have options and that they need not feel helpless in the face of overwhelming fear. “Life comes with many challenges,” she wrote. “The ones that should not scare us are the ones we can take on and take control of.”

Which brings us to the second frightening part of the BRCA mutation: Carriers also face an extraordinary risk for ovarian cancer — a 50/50 chance. One of every two women with the mutation will eventually get ovarian cancer. Jolie’s mother died from it. The risk is so overwhelming that fully two-thirds of the women in the 2008 oncology study chose to have their ovaries removed. Jolie has said she will have her ovaries removed. Worse, detection methods for ovarian cancer are not nearly as advanced as those for breast cancer, and more than half of all women diagnosed with ovarian cancer die from it. The National Cancer Institute, part of the National Institutes of Health, states the problem plainly on its website: “No effective methods of ovarian cancer screening currently exist.”

Nonetheless, good information does save lives. Instead of discovering a cancer after it has metastasized and grown to a stage at which premature death is inevitable, genomics now offers early warnings that allow a person at risk to become more alert and to take actions leading to a long and healthy life.

Quest Diagnostics, the largest medical test lab in the United States, announced last week that it would make a BRCA test available to women immediately for about $2,500, about $1,000 less than Myriad Genetics Inc. charges for a similar analysis.

Myriad has long been criticized by breast cancer support groups for pricing many women out of the tests. An entire genome test of 30,000 genes now costs about $4,000. The Quest and Myriad tests are for only two genes.

All but about 15% of Myriad’s revenues come from the test, which it has aggressively defended by suing companies, universities and others that tried to compete. Myriad was granted patents to the BRCA1 and BRCA2 genes in 1997 and 1998. The genes were discovered with largely public funding, and numerous groups have maintained that genes belong to individuals and should not be patentable. In a landmark case in June, the Supreme Court ruled that human DNA cannot be patented and invalidated some of Myriad’s patents.

Ambry Genetics, which announced its own BRCA test soon after the Supreme Court decision, was sued by Myriad in July for infringing patents not struck down by the court. In August, Ambry countersued, claiming Myriad uses “overreaching practices to wrongfully monopolize the diagnostic testing of humans’ BRCA1 and BRCA2 genes in the United States and to attempt to injure any competitor who challenges Myriad’s monopoly.”

In a court filing on Oct. 10, Quest Diagnostics said that it expected to be sued by Myriad Genetics after it offered its own BRCA test.

Gene by Gene, a small testing company that was also sued by Myriad, offers the BRCA test for $995.

Ed. Note: Thanks to the landmark Supreme Court case Stephen mentions above, we’re likely to see much more competition in genetics testing. That, in turn, will make the kind of testing that Angelina Jolie went through more affordable and readily available to those who need it – hopefully resulting in many more lives being saved. And as that story continues to develop, Stephen will be there to identify those companies at the forefront of this boom in genomics. In order to get that info as it comes online, sign up for The Daily Reckoning, for free, right here.