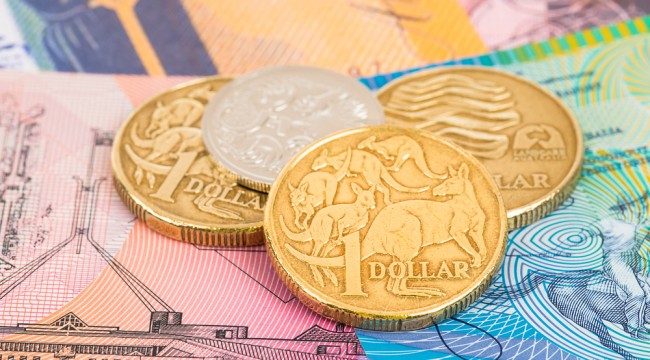 MELBOURNE — Let’s shake our head in disgust and disbelief at Australia’s economic ‘leadership’.

Because on the weekend, Treasurer Joe Hockey was doing his best to re-write Australia’s economic narrative. Problems in China? Not a chance, they know exactly what they are doing. Lower growth ahead for Australia? No way, we’re set to boom again.

Let’s start with China. Here’s what Hockey had to say about it in an interview with theWeekend Australian:

‘I’m more bullish about the region and the global economy than others because even though China is going through a transition, it has more capacity to deal with that than any other country and they will do whatever it takes,’ he says.

‘Hockey, who emerged for two days of intensive talks with Chinese officials in Australia for the annual economic dialogue between the two nations this week, says China’s command economy gives its authorities more tools to shape growth than any other economy possesses.

‘They’re using their offshore capital reserves to fund their state-owned enterprises to engage in offshore activity, which is then making use of Chinese manufacturing,’ he says.

While Hockey parrots the ‘China can do whatever it takes’ fantasy, the market is a little more concerned. Veteran UBS floor trader Art Cashin told CBNC last week:

What’s scary here is that people are beginning to doubt the sophistication of the Chinese officials… Whether they are adept enough and clever enough to know where to move; they didn’t look very adept when they were trying to save their stock market, and they’re in an area where it can be a little dangerous…

He’s referring to last week’s currency devaluation. While the general consensus is that China is now a part of the currency wars, it’s really not that simple.

The Financial Times points out today that devaluing the currency would only provide a marginal economic benefit. It points out that ‘net exports’, on average, subtracted from annual growth between 2004 and 2014.

This is why Australia did so well from China over the past decade. ‘Investment’ growth requires steel, which requires iron ore and coal.

Not anymore though. In the first seven months of 2015, China’s fixed asset investment grew at its slowest pace since 2000.

But don’t worry, Joe Hockey says China will do whatever it takes to keep its economy going. And while Joe reassures us, Wall Street is starting to get nervous.

With a major debate now under way in the top echelons of Australia’s economic policymaking elite, Mr Hockey emphatically rejected Mr Stevens’ speculation that the economy’s normal speed has fallen to around 2.8 per cent from the long-assumed pace of just over 3 per cent.

If true, the deterioration in the nation’s future economic performance could derail the Abbott government’s hopes of restoring the budget surplus by early next decade.

‘I’m not as pessimistic in that regard because the Australian economy is going through some significant restructuring at the moment,’ Mr Hockey told AFR Weekend in an interview.

Some significant restructuring? Would that be the historic bust in mining investment that will continue to hit the economy over the next few years?

So far, the residential construction boom and property frenzy has masked the pain felt in the resource regions. How long can it go on? My guess is the construction phase is nearing a peak.

Construction cycles are notoriously, well, cyclical. They boom and then they bust, or at least slow down. So while the mining investment bust continues to unfold over the next few years, residential construction will probably begin to slow as well.

If that’s the case, and house price growth comes off the boil as well, then Australia will get nowhere near 3.25% growth. This could well be Joe Hockey’s peak hubris moment.

There’s no doubt about it. Australia faces a huge challenge in adjusting along withChina’s economy. It won’t be easy. And while Hockey reckons it’s all good, the stock market isn’t so sure.

Last week, the ASX 200 hit its lowest point since mid-January. The index is now in a downtrend, which is a bearish sign. If the market anticipates the future, then it’s the future is not looking as rosy as Joe Hockey would have you believe.

The earnings season so far has had more misses than hits. And although stocks aren’t all that expensive, there is little growth around to justify even ‘normal’ valuations.

As I’ve mentioned before, it’s too soon to get overly bearish on the market. This could just be a bull market correction that gets everyone nervous and sets the stage for the next advance. Or it could be a genuine shift in conditions and investor sentiment.

If the index falls below last year’s lows around 5,100 points, then it increases the chances that you’re looking at the latter scenario. This would call for a major change of strategy.