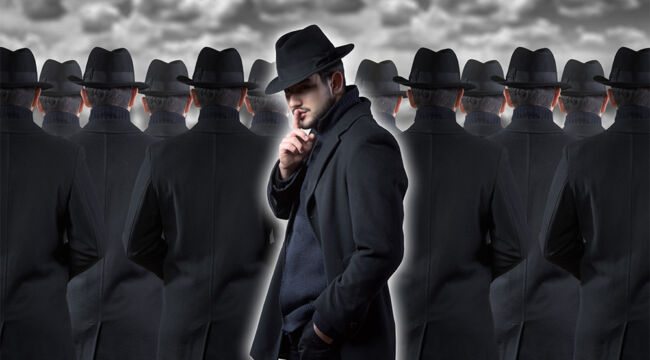 I work hard to avoid promoting conspiracy theories. They’re too easy to adopt as explanations for all sorts of strange events and are highly implausible in most cases.

They require extreme amounts of intelligence, coordination and competence that, quite frankly, the alleged conspirators simply aren’t capable of.

Usually, stupidity is a perfectly good explanation especially when it comes to politicians and other public officials.

Even when elite coordination is apparent it’s not necessarily a conspiracy at work. It may just be the case that like-minded individuals are pursuing a common goal.

Elites mostly went to a fairly small group of top schools and took similar courses taught by a tight-knit group of academics. They came up through the ranks in the same government agencies and multilateral institutions.

With that much in common, it’s no surprise they think alike and share the same globalist goals. At the same time, some conspiracies are real. It’s naïve to believe otherwise.

But how do you distinguish between the dime-a-dozen conspiracy theories and the real thing?

Smoking gun evidence helps, but that’s rare. Firsthand experience with the matter under consideration is one of the best approaches. That brings me to this story…

It involves the CIA, the failed crypto exchange FTX, money-laundered campaign contributions to Democrats, the Pakistani bank BCCI (which was a criminal enterprise on stilts that collapsed in 1991) al-Qaida, Jeffery Epstein and the crypto stablecoin Tether.

That’s a lot to unpack.

I handled Citibank’s financial control in Africa in the 1980s and BCCI was a bank we ran into constantly. We knew it was bad news then years before the collapse and made sure we kept as far away from them as possible.

I also converted Citi to Islamic banking in Pakistan around the same time. My Pakistan experience was one reason I was recruited by the CIA to do financial counterterrorism aimed at al-Qaida and others in the 2000s.

That experience deserves a few words…

The CIA recruited me as part of Project Prophesy, which was launched as a strategic study under the direction of CIA veteran Randy Tauss, who was also a seasoned options trader.

I was tapped to join the group based in part on my experience with Islamic banking in Pakistan.

That was considered useful in understanding the mindset of potential terrorist traders. I later became one of two project managers reporting to Tauss.

We developed Project Prophesy in total secrecy. And much of my work is classified. But I can tell you that on Aug. 7, 2006, Prophesy’s system uncovered warning signs of an impending terrorist attack.

Three days later in London, a plot to blow up 10 U.S. passenger jets was thwarted. Twenty-four Pakistani extremists were arrested.

The Government Ignored My Warnings

Then in 2007, my system spotted an impending crash in the real estate and stock markets.

I presented my findings to Treasury officials. But they ignored my warnings. We all know what happened next.

We were ready at that point to build a more robust version of this for the CIA and sought additional funding.

But the CIA decided not to move forward with the project mainly for political reasons.

They were worried about possible adverse headlines if it were made to appear that the intelligence community was trolling through citizens’ personal trading records.

That was never true; we used open-source price feeds to get initial leads and then operated through the judicial system after that. But the publicity risk was there and the CIA did not want to take a chance.

After 2008, I moved on to other projects, but I never lost sight of the potential predictive power that we had discovered in Project Prophesy.

I learned that the techniques I developed were useful far beyond the realm of counterterrorism. They could be used for any kind of geopolitical threats carried out in capital markets.

And I’ve been expert on cryptos since 2010 shortly after they were created in 2009. Besides, I’ve followed the Tether story for years and have been able to drill down on FTX in real-time.

In other words, I’ve had enough hands-on experience in third-world bank fraud, intelligence work, cryptocurrencies and other touch points to know this story hangs together and makes a highly credible case.

I’ll leave the story to you rather than repeat all of the details. Here’s the main takeaway: FTX is just the tip of the iceberg.

Tether does not have the liquid dollar assets it claims to support its $80 billion of coins issued. When Tether does collapse the impact will be multiples of the FTX impact and will certainly affect mainstream finance leading to bank and hedge fund failures.

If the Tether collapse is delayed somewhat it will be because the CIA finds it so useful in financing Ukraine (a Democratic money-laundering scheme) and so-called “color revolutions” around the world.

The crypto exchange BlockFi has filed for bankruptcy. BlockFi had been on the ropes for some time, and finally suspended redemptions by its customers on Nov. 11 because it lacked available funds to repay those customers.

It had agreed to be acquired by a bigger crypto exchange FTX, but that deal was abandoned after FTX was revealed to be the biggest crypto fraud of all. In the end, BlockFi was illiquid with a crashing valuation and no way to pay customers, so it closed its doors and filed for bankruptcy.

The first is that the crypto world is densely connected. One exchange will leave its funds on deposit with another exchange and so on in a daisy chain of interlocking deposits.

Of course, if one link in the chain fails, the entire chain fails, and no one is repaid. That’s bad enough, but what has been happening in crypto land is even worse.

The parties who receive deposits from others borrow against those deposits. This introduces leverage so that the amounts involved in a collapse are far greater than the amounts originally received.

Many of the participants in this reckless conduct offered to pay customers interest. How could they offer interest when the actual cryptos are not securities and don’t earn anything themselves?

In addition, many of the “billion dollar” losses you read about in the crypto world are not actually dollars but losses, loans and deposits in cryptocurrencies that are valued in dollars at highly inflated values of the cryptos (another form of leverage).

What’s left is a house of cards that is now tumbling down. Luna and Three Arrows failed before FTX. BlockFi and others have failed since. Genesis may be the next in line.

This slow-motion sequential collapse is far from over. It’s just a matter of time before the crypto-world collapse leaks into the mainstream financial world of banks, brokers and hedge funds.

All I can say is give it time.