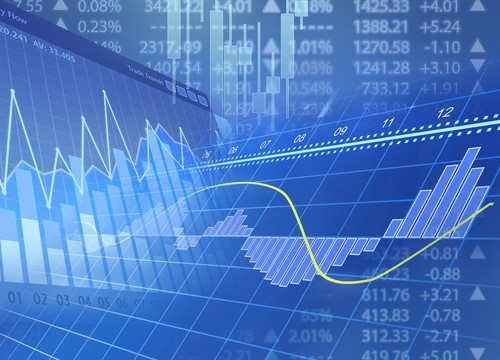 Is the Secular Bear Market Coming to an End?

A decade ago, I concluded that we were in the early stages of a secular bear market, and that investors needed to adjust their risk postures accordingly. Back in December 2003, I penned a piece for the Stock Trader’s Almanac, titled Managing the Very, Very Long Term, based on this blog post from November 2003.

Long time readers know this is a major theme to for me. Much of my commentary, presentations and investing posture has been about longer term, secular cycles. Search the Big Picture for the phrase “secular bear market” and 659 results come up (in quotes, 130).

The panoramic view leads me to the present conclusion. Following an 18-year Bull market [1982-2000], and a three year Bear market, we are now committed to what looks like a long-term military obligation in Iraq. In the grand scheme of things, I suspect we are in for a harder long-term slog than the mere 3 year Bear market suggests.

Historically, this suggests an extended period of range bound trading as the highest probability long-term scenario in my view. I expect vicious rallies, and wicked sell-offs to occur — over shorter term cycles — within the larger timeline. Active management and capital preservation are going to be the key methods of outperformance.

Let’s put this into more specific quantitative terms. According to data from Fidelity:

Here we are, a few weeks away from the start of the 14th year of the secular Bear market that began March 2000. The question on more than a few peoples’ minds has been whether or not it is reaching its end.

To answer that question, we need to understand exactly what a secular bear market is. Over the years, I have developed my own definition of Secular Bear Markets:

A Secular Bear Market is a long term cycle which typically begins after a long term bull market peak and crash. It is primarily characterized by strong, even excessive rallies and selloffs, all occurring within a broad trading range. Despite the strong rallies, markets often appear to be unchanged a decade or so into secular bears.

The psychology is one of compressing Price to Earnings multiples, as investors become increasingly unwilling to pay the same price for each dollar of earnings. There is often a general malaise to the broader society, sometimes encompassing political scandals and/or war.

On Main Street, there is a general disinterest in equities. Ratings for financial television and other media fall. Interest in non stock investments — especially Bonds, Commodities and Real Estate — rise.

To conclude that the Secular Bear is ongoing, we need to see a few factors:

Some of the answers to these questions are purely quantitative, and do not require any human judgment. A few of these do require a squishier answer. After 36 months or so of capital outflows from equity funds, we should not rush to judgement after the first month of inflows.

And there is a major caveat to this: The Fed’s extraordinary ZIRP/QE intervention creates an impression of inorganic gains. Without the unprecedented FOMC actions, I am unsure markets would be anywhere near current levels.

Regardless of your answer to our broad question, there is one thing that I believe to be clear: We are much closer to the end of this secular cycle than to the beginning. Many optimists — most notably, famed technician Ralph Acampora — believe the secular bear market has ended. Even skeptics have to agree that we are more likely in the 7th or 8th inning than earlier stages of the game. Only the “America is Japan” crowd thinks we are in the 3rd or 4th inning.

The key question for investors: Are you prepared to make changes to your portfolios?

Barry Ritholtz
for The Daily Reckoning

This article is reproduced with permission of author. Copyright Ginormous Content Limited. All rights reserved.

Barry Ritholtz is the author of Bailout Nation: How Greed and Easy Money Corrupted Wall Street and Shook the World Economy. He blogs at The Big Picture. You can follow him on Twitter @Ritholtz.

Barry Ritholtz is author of Bailout Nation (Wiley), publisher and editor of The Big Picture , and CEO and director of equity research at FusionIQ , a quantitative research firm that provides web-based software services to individual investors and traders. Ritholtz makes frequent TV & Radio appearances, including Bloomberg, CNBC, CNN, Fox and PBS. He is regularly quoted in the New York Times, Wall Street Journal, Barron’s, Forbes, TheStreet.com, and other media. At the moment, he has his eye on a 28-foot Doral Venezio and a 1968 230 SL.