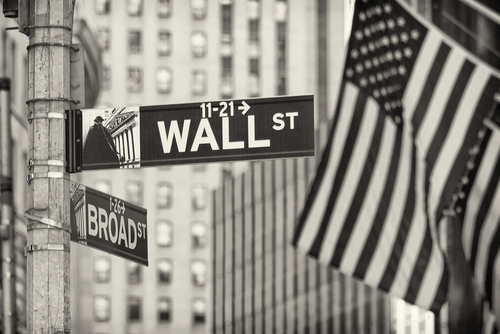 Nothing remains of February’s correction but a quaint memory.

The stars are back in their courses… the angels are back on duty… and the Perfections are back within sight.

Both the S&P and Nasdaq have returned to record highs, while the Dow Jones is within an ace of its own.

Its bean counters inform us that second-quarter growth exceeded its own original 4.1% reading.

The adjusted figure is 4.2% — the highest reading in nearly four years.

Many analysts had expected a downward revision.

“It’s official: A sleepy summer rally has turned into a raging bull as the winter correction fades from the herd’s memory.”

Indeed, speculators are once again betting heavily against safe-haven assets.

Speculators are also massively shorting longer-dated Treasuries like the 10- and 30-year.

The number of short positions is the “highest in history, by far,” says “bond king” Jeffrey Gundlach.

A cold sweat suddenly washes over us…

As we have noted before, bad news frightens us — but good news terrifies us.

Too many passions are unchained, too many guards go down, too many fools rush in.

The obvious takeaway is that positioning is all on one side of the boat and speculators are woefully unprepared for a major risk-off event, suggesting complacency may be reaching epidemic levels as equities break out to new highs.

Is not the way ahead peppered with potential snares?

Are the trade wars over? Is the fallout from Turkey truly contained? Can you depend upon the Federal Reserve to get things right?

Markets appear to believe so — and more — according to market strategist Richard Suttmeier:

It seems like the stock market is shrugging off several time bombs including the forgotten “Turkey Turmoil,” the $247 trillion total global “debt bubble,” record household debt, near-record margin debt, the risk of tariffs and the trade war, the growing political battleground and continued rate hikes by the Federal Reserve.

TheStreet.com informs us that total margin debt has exceeded 3% of GDP on only three occasions:

We conclude that man’s ability to ignore history approaches infinity, that his capacity for self-delusion knows no bounds.

And the sweeter the plum dangling before him, the dizzier he grows.

The nice thing about this bull market is it has been, as Bloomberg has described, “derided as fake, doomed and history’s most hated.”

It has climbed a wall of worry, brick by anxious brick.

That a Trump election would crash the stock market, for example.

Bad news has kept fear in its saddle… euphoria in its cage… and the bull in stride.

Even if markets pulled back on occasion, as this winter, pullbacks have proven healthy.

They’ve shaken out weak hands… and offered additional opportunities to “buy the dip.”

We’ve argued previously that we don’t expect a market collapse until possibly next year or the next.

Because this year’s correction threw cold water on the “melt-up” that was beginning to take form.

Stocks had set record upon record in January.

And money was rushing into equities like fools into love… or drunks into walls.

Then came the correction.

But now stocks have returned to record heights, despite trade wars and other bugbears above noted.

So we wonder — are markets on the verge of a melt-up?

To remind, stocks reach fever-heat during the glorious terminal phase of bull markets, before burning up.

Given today’s excesses, we suspect the collapse would be a thing for the ages.

But some of the market’s largest gains occur in the melt-up phase.

A melt-up beginning today would suggest similar or greater gains — before collapsing in late 2019… or early 2020.

Of course, we hazard no formal prediction.

The entire business could collapse tomorrow. Or five years from now.

The answer, as always, is with the gods — and they won’t say.