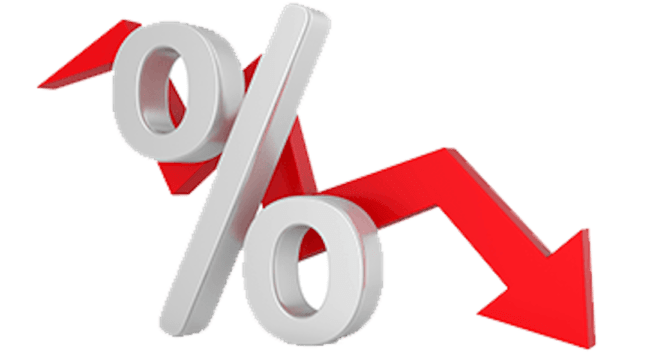 And investors who believed it uncorked a cutting cycle might just guess again.

Yet it was Mr. Powell who missed his guess.

At 2 p.m. Eastern this afternoon, word came down…

Importantly, the Federal Reserve itself projects no more rate cuts this year.

Yet we are far from convinced. We expect at least one additional rate cut… and additional cuts next year.

At what point do “midcycle adjustments” turn to trend?

The Fed Explains Its Reasons (or Attempts to)

Here is the Federal Reserve in muddled and stupefied explanation:

Although household spending has been rising at a strong pace, business fixed investment and exports have weakened. On a 12-month basis, overall inflation and inflation for items other than food and energy are running below 2%. Market-based measures of inflation compensation remain low; survey-based measures of longer-term inflation expectations are little changed…

Consistent with its statutory mandate, the committee seeks to foster maximum employment and price stability. In light of the implications of global developments for the economic outlook as well as muted inflation pressures, the committee decided to lower the target range for the federal funds rate to 1.75–2%.

But how did the market absorb today’s rate cut?

All three major indexes had been sunk in red numbers much of the day.

Then the announcement came issuing at 2 p.m. — and they plunged even deeper into red.

Why the long faces on Wall Street? Is not a rate cut gorgeous news for the stock market?

And the Federal Reserve heaved a wet blanket over investor expectations for additional cuts.

“I think the market got into its head it wanted more rate cuts,” affirms Drew Matus, chief market strategist at MetLife Investment Management.

“What the Fed’s telling you is this is risk management,” adds Gregory Faranello, head of U.S. rates at AmeriVet Securities.

“They want to bring down rates a little bit but they ultimately see the economy as being in good shape,” he concludes.

In fairness… Jerome Powell conceded the Federal Reserve could commence a “sequence” of cuts if the economy withers or wilts.

But he was keen to note his crystal ball did not show it.

Of course, the Federal Reserve never spots recessions in advance.

But here is the deeper question:

Did the Federal Reserve clear the way for additional quantitative easing today?

Panicked alarms went off in the credit markets this week. That is because the overnight lending market nearly seized… and ground to a sudden halt.

Reasons, explanations vary. Yet that it happened may outweigh why it happened.

It is the overnight credit market that the Federal Reserve influences most through its federal funds target rate.

On Tuesday rates surged above the target rate as the system faced a $53 billion liquidity shortage.

So the Federal Reserve put on its overalls, grabbed its wrench… and pried open the liquidity taps.

$125 billion of emergency funding came flooding in these past two days.

And so — for the first instance since the financial crisis — the Federal Reserve ventured upon “repo” operations to lubricate the financial machinery.

These “repos” — or repurchase transactions — increase reserve balances in the banking system.

And this liquidity sets the machinery whirring again.

[The Fed made] an emergency injection of more than $125 billion over the past two days, its first major market intervention since the financial crisis more than a decade ago, to prevent borrowing costs from spiraling even higher.

Is the Federal Reserve losing control of interest rates? And have we just felt the first foreshock of a credit crisis?

The credit markets appear to have stabilized… for now. It is nonetheless a possible straw in the wind.

“Wait one second,” you say.

“The Fed adding liquidity for the financial system — isn’t that what QE was all about?”

But these transactions are simply known as “open market operations.” And they are designed keep the banking system in funds.

They are not QE in the formal sense.

When you start losing control of the target rate, you need to increase reserves in the system, but that’s not necessarily QE as we know it in a traditional sense. They’re going to do this via permanent open market operations.

But could the Federal Reserve could use these open market operations to initiate a form of stealth QE?

Because an open and forthright QE might equal an admission that the economy is in for hard sledding… and send a fright through markets.

POMOs [permanent open market operations] will help the Fed avoid the implication that it’s restarting QE, which could raise suspicions of a bigger economic threat.

A Prelude to More QE?

But these repos cannot continue in perpetuity. Eventually they must yield to open quantitative easing, says Zero Hedge:

When the temporary liquidity injections provided by the repo process prove not enough the keep the system afloat the Fed will have no option but to resume quantitative easing, i.e., the massive expansion of money into the system.

In fact… Mr. Powell hinted today that some form of quantitative easing is on the way:

Going forward, we’re going to be very closely monitoring market developments and assessing their implications for the appropriate level of reserves. And we’re going to be assessing the question of when it will be appropriate to resume the organic growth of our balance sheet… It is certainly possible that we’ll need to resume the organic growth of the balance sheet sooner than we thought.

The Market Rallies on Powell’s Comments

As if by magic…

When Powell’s comments came out at roughly 2:50, the stock market turned 180 degrees around.

The S&P managed to scratch out a slim one-point gain. Only the Nasdaq lingered in red, losing eight points on the day.

The expectations are set. Now the Federal Reserve must deliver.

More QE is coming — depend on it.