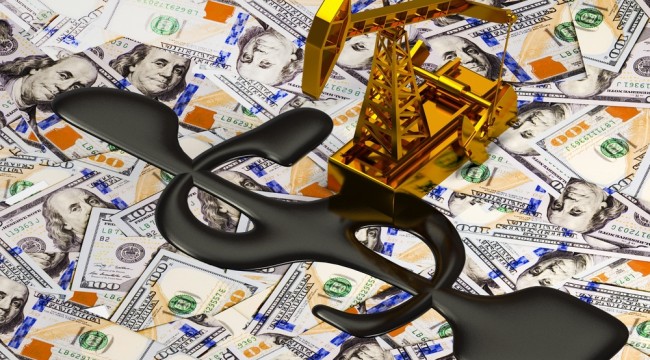 Is It Finally Time to Buy Crude Oil?

Is it time to buy crude oil?

Well, why not listen to the opinion of two commodity experts…

Dennis Gartman (who’s been a guest in my podcast) is an expert in commodities and publisher of the popular Gartman Letter.

And Billionaire Boone Pickens, chairman and CEO of BP Capital, has had a hand in American energy since the early 1950’s.

When it comes to commodities, no doubt these guys know what they’re taking about.

What are they saying about the price of oil? Their answer will surprise you…

As of this writing, oil is currently trading at about $32.

Mr. Gartman is bearish. He recently said on national TV that, “crude oil will not trade back above $44 in my lifetime.”

Pickens is bullish. He said that oil would be trading at $52 by year’s end.

If you buy oil today and Pickens turns out to be right, you can pocket a gain of 62.5% this year!

But who is right?

Well, here’s what I find interesting…

Gartman is saying oil won’t trade above $44 in his lifetime.

Based on average life expectancy in America, he can expect to live at least 13 more  years.

How in the hell does he know what will happen in the next decade? Can you really predict anything in 2029?

I find that hard to believe.

Does that mean you should listen to Pickens instead?

Well, this is not the first time Mr. Pickens made a prediction for the price of oil. He did that last year as well.

How did that turn out?

I once interviewed oil tycoon Boone Pickens in his Dallas office. And I can tell you that, arguably, nobody knows more about the energy markets than him.

So if he can’t predict where oil is headed, who can?

The Best Way to Profit from Oil Volatility

Forget about predicting the price of oil.

More important, you do NOT need to predict.

That’s how trend followers made a fortune when oil unexpectedly started to collapse in 2014.

And I can guarantee they knew a lot less about the energy markets than Boone Pickens or Gartman.

And yet, they made a fortune by simply reacting to what was happening in the market.

I talked about this in December 2014, in episode 304 of my podcast, entitled “Crude Oil Folly.” You can listen to that episode here.

After you listen to that episode, I promise you’ll never look at the price of oil the same way again.

How My System Triggered a Sell Signal Before the Oil Collapse

The key to making money from these unexpected events is to have a trend following system…just like my proprietary system we use in Trend Following with Michael Covel.

See, in 2014 I personally had no idea where oil was headed. But my proprietary system triggered a sell signal in August 2014, when oil was trading at $95 a barrel. 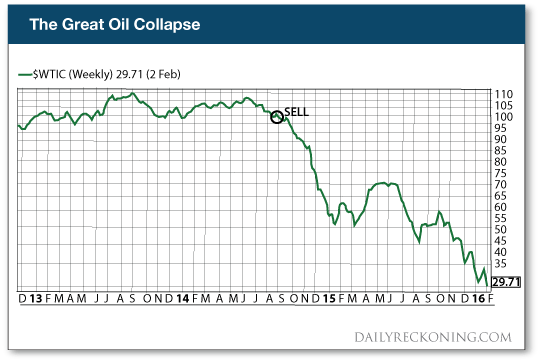 And it hasn’t triggered a buy signal yet.

Which means the trend remains down. For that reason, I wouldn’t buy oil today.

Not because I’m predicting oil will head lower. But simply because oil remains in a downtrend.

When the trend turns and I get a buy signal from my system, then I’ll start following the new trend. Only then it will be time to buy oil.

That’s it. Isn’t that simple?

Who said making money had to be complicated?

Please send me your comments to coveluncensored@agorafinancial.com. I’d love to hear your thoughts on oil.

The Truth About the Dollar

During my most recent trip to Italy, I was once again reminded of the impact that exchange rates have on U.S. investments abroad.