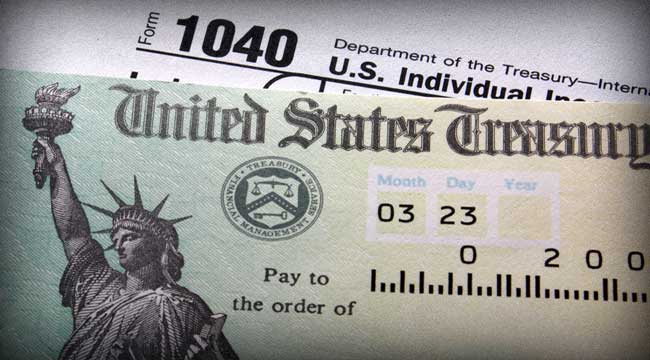 IRS on the Hot Seat

“I have not done anything wrong,” Lois Lerner, head of the IRS’ nonprofit division, told a congressional hearing. “I have not broken any laws.” Then she invoked her Fifth Amendment right not to be second-guessed by the Congress that is supposed to be watching over all agencies of government.

Seeing the IRS grilled like this is something many people have waited for their entire lives. It’s lovely and a sign of the times (government has never been this unpopular). But contrary to Ms. Lerner, it is possible to not break laws but still do wrong things.

The truth is that there is nothing right about an agency that routinely and legally loots the public of a third of private income and presumes the right to take what is left if we, as citizens, fail to comply with every jot and tittle of the regulations.

Sadly, that is not the scandal Congress is interested in. The scandal is that the IRS seems to be discriminating against groups based on their political outlook. And truly, it is alarming to see it all so clearly and to know that the practice was so widespread. Let’s hope these hearings on Capitol Hill are part of a larger project in which Congress takes on the role of actually looking into what the government is doing to the people.

Let’s consider the larger context. In most any authoritarian regime in history, most people felt free, and they enjoyed that freedom as long as they never crossed a (sometimes invisible) line.

Talk to anyone, for example, who lived in Iraq under Saddam Hussein. Everyone knew the rules. For the most part, the regime would leave you alone. You could go about your life raising a family, working and enjoying various luxuries. If you minded your own business, it didn’t feel anything like tyranny.

But if you became interested in politics and actually sought some kind of change in society, matters would be very different. At that point, you became a threat. You could be woken any night by a knock on the door and dragged off, never to be heard from again.

In other words, in any authoritarian regime, the main goal of the government is to protect itself from outside threats and maintain its monopoly on power. So long as you didn’t disturb that monopoly, all was well. (For more on how this works, see Hans-Hermann Hoppe’s The Great Fiction.)

The idea of America is that we don’t have such issues here. Think back to Norman Rockwell’s democratic iconography. The farmer stands up in the town hall meeting to voice his opinion. He is unafraid. Everyone listens. We all have a voice.

That’s the legend, in any case. It has nothing to do with reality. Starting a little more than 100 years ago, a permanent class of rulers came into being. They are not voted out or voted in. They answer to no one. The laws they enforce can be new or old. You can’t dislodge these people. Their tenure extends beyond any administration.

This is the real structure of government in this country, all Norman Rockwell paintings aside. They have a class interest in protecting themselves against reform, to say nothing of the wrath of the people. This necessarily means that they have an enemies list. If you are collecting taxes, groups that file for approval calling themselves “Citizens Against Taxes” are certainly on the list.

What this incident shows is that there really is such a thing as a ruling class, and that there are people who are regarded as enemies of the state. We aren’t quite to the point at which your political opinions can elicit a knock on the door at night, followed by a sudden disappearance. No, the discrimination is usually, but not always, more subtle than that. In the “free” USA, it might only mean delays and audits.

Still, it offends our sense of justice.

Just as these hearings are taking place, I’ve found myself deeply troubled by the arrest of libertarian activist Adam Kokesh. Last weekend, he was speaking at a pot legalization rally. The police gathered around him. Then, out of nowhere, they arrested him and took him away. They turned him over to the feds, who shut him in a cell without bail.

Judging from the videos posted online, he hadn’t done anything wrong. He was only speaking. He wasn’t even smoking pot. When the charges came down, he was accused of resisting arrest, though no resistance is evident in the videos. And so there he sits.

Many people are more than slightly suspicious that his arrest had nothing to do with the pot rally. He was actually targeted for planning an edgy little gathering on July 4 in Washington, D.C. He had urged people to join him in exercising their Second Amendment rights with an armed march on Washington. Imprudent? Probably. Illegal? Probably. But the point is that this might have led to a certain alarm and targeting, in the same way that the groups applying for nonprofit status were targeted.

But there are no congressional hearings over this. In fact, there isn’t much sympathy, either. The conservative forums I’ve seen have cheered on the police. A white nationalist website even went further to say that his arrest is a good thing because Adam (an Iraq war veteran) is Jewish.

Thus, we can see how the Bill of Rights is so selectively enforced and applied. Adam has no First Amendment rights. And his Second Amendment rights don’t exist in D.C., even if they do exist in a neighboring state. But the IRS official can invoke her Fifth Amendment rights and not even be compelled to answer questions put to her by Congress.

My Important Message for Options Investors

A brief recap on options, how they work, some helpful tips about how you can trade them, and how the taxes on them work.