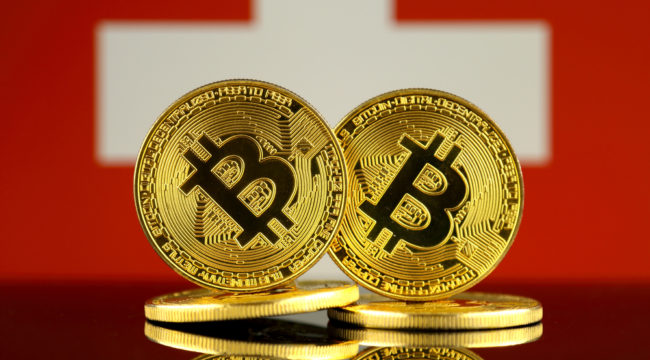 The IRS Comes for Bitcoin

A lot of bitcoin advocates sold the idea that it was invisible to the IRS. Well, not really, I said all along. And now that’s becoming evident, as you’re about to see.

I was reminded of a story from about 15 years ago…

A Swiss banker loaded all of the confidential information on Americans with Swiss bank accounts that he could find onto a CD-ROM. He then flew to the United States and handed the information over to the U.S. Treasury and the FBI.

The banker was in trouble for helping Americans evade taxes, and this was his play to avoid prosecution. He blew the whistle on his clients. What ensued was a 10-year manhunt by U.S. tax authorities to find the tax evaders and many more whose information was not included on the original CD.

The U.S. played rough not by chasing the individuals but by putting pressure on the Swiss banks themselves. The big Swiss banks like UBS and Credit Suisse have huge capital markets and wealth management operations in the U.S. The U.S. told those banks they could either hand over the information or we would shut down their U.S. operations.

They handed it over.

Some of the tax evaders got lawyers, turned themselves in and paid their taxes (plus interest and penalties) to avoid jail time. Others waited and ended up in jail. Today, if you go to Switzerland and try to open a bank account, they will turn you away; they have zero interest in taking on U.S. clients.

Now something similar is happening in cryptocurrencies.

The bitcoin fans who mock the government and play “catch me if you can” are finding out the hard way that the U.S. government has the resources to track them to the ends of the earth.

The IRS is already demanding all records of cryptocurrency transactions from cryptocurrency exchanges including name, address, Social Security number and bank account information about their clients.

IRS Form 1099 is the form used to report most income other than regular wages that go on the W-2. The person paying the income — it could be a bank, broker or any supplier — files a copy of the 1099 with the IRS and sends one to the income recipient.

Coinbase, a major U.S.-based cryptocurrency exchange (not to be confused with Coincheck), just sent a Form 1099 to one of its customers identified only by the initial “K.”

K was initially freaked out even to be receiving a 1099 from a crypto exchange. What happened to the anonymity in the crypto world?

Apparently, it doesn’t exist, as I have been warning for years.

But when K read the 1099, it got even worse. It showed that he owed $2.4 million in taxes, despite his estimate that he only put $8,000 into cryptos. K has decided to sit tight in the belief that he does not owe the taxes.

The IRS will take its copy of the 1099 from the exchange and assert that K does owe the taxes. The IRS puts the burden of proof on the taxpayer to show they don’t.

Courts have backed up the IRS on this burden-of-proof approach. Just ask Al Capone, the notorious gangster who went to Alcatraz not for extortion and murder but for not paying his taxes! K will find this out the hard way, as will millions of other crypto customers.

But that doesn’t mean stay away from all crypto investments. Below, I show you why blockchain technology has a bright future — and I say that as a bitcoin skeptic.