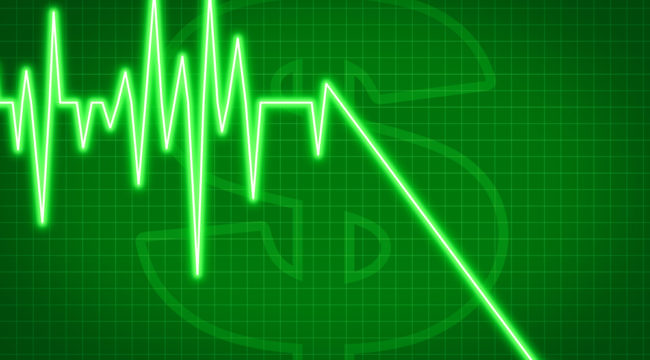 Investors Are Falling Into a False Sense of Security Again

In January 2018, two significant market events occurred nearly simultaneously. Major U.S. stock market indexes peaked and volatility indexes extended one of their longest streaks of low volatility in history. Investors were happy, complacency ruled the day and all was right with the world.

Analysts blamed a monthly employment report released by the Labor Department on Feb. 2 for the debacle. The report showed that wage gains were accelerating. This led investors to increase the odds that the Federal Reserve would raise rates in March, June and September (they did) to fend off inflation that might arise from the wage gains.

Markets are once again primed for this kind of spontaneous crowd reaction. After coming to within a fraction of an official bear market in December, the Fed capitulated to markets by pausing on rate hikes and ending QT far ahead of schedule.

Financial conditions eased dramatically. The markets rallied hard, and the stock market turned in its best first quarter in 20 years. The S&P and Nasdaq stormed back to record highs this week, while the Dow is only about 1% away from its own previous record.

Meanwhile, CNNMoney’s Fear and Greed Index has gone from “greed” to “extreme greed” within the span of a week. Good times are here again and investors are getting complacent again, just like last year.

But there are just as many if not more catalysts for a sharp market selloff.

Despite today’s surprising GDP report, which is likely an outlier that doesn’t mean much, there are signs the economy is slowing down.

In March, for example, the yield curve inverted. The yield on the 10-year Treasury note fell below the rate on the three-month note. Thats happened prior to each of the past seven recessions.

That doesn’t mean a recession is imminent; it could still be another year or more away. But it is an ominous sign.

Meanwhile, a recent report revealed a record seven million Americans are now at least 90 days behind in their car loan payments. There is also a student loan crisis unfolding.

Total student loans today at $1.6 trillion are larger than the amount of junk mortgages in late 2007 of about $1.0 trillion. Default rates on student loans are already higher than mortgage default rates in 2007. This time the loan losses are falling not on the banks and hedge funds but on the Treasury itself because of government guarantees.

Not only are student loan defaults soaring, but household debt has hit another all-time high. Student loans and household debt are just the tip of the debt iceberg that also includes junk bonds corporate debt and even sovereign debt, all at or near record highs around the world.

Other signs are appearing on the horizon also as the global economy is slowing down. Europe and Asia are showing marked declines.

China’s problems are well-known. And while the causes may vary, growth in all of the major economies in the EU and the U.K. is either slowing or has already turned negative. The world is discovering the limits of debt-fueled growth.

According to the Institute of International Finance (IIF), it required a record $8 trillion of freshly created debt to create just $1.3 trillion of global GDP. The trend is clear. The massive debts intended to achieve growth are piling on every day. Meanwhile, many of the debts taken on since 2009 are still on the books.

The U.S. debt-to-GDP ratio is now 106%, the highest since the end of the Second World War. The Chinese debt-to-GDP ratio is a more reasonable 48%, but that figure is misleading because it does not include the debts and guarantees of provinces, state-owned enterprises, banks, wealth management products and numerous other entities that the government in Beijing is directly or indirectly obligated to support.

When that additional debt is taken into account, the real debt-to-GDP ratio is over 250%, about the same as Japan’s.

Debt-to-GDP ratios below 60% are considered sustainable; ratios between 60% and 90% are considered unsustainable and need to be reversed; and ratios in excess of 90% are in the red zone and will produce negative growth along with default through nonpayment, inflation or other forms of debt repudiation.

The fact is, the world’s three largest economies — the U.S., China and Japan — are all now deep in the red zone.

What is striking is the speed with which synchronized global growth has turned to synchronized slowing. Indications are that this slowing is far from over. While growth can create a positive feedback loop, slowing can do the same.

Warnings of economic collapse are no longer confined to the fringes of economic analysis but are now coming from major financial institutions and prominent economists, academics and wealth managers. Leading financial elites have been warning of coming collapses and dangers.

These warnings range from the IMF’s Christine Lagarde, Bridgewater’s Ray Dalio, the Bank for International Settlements (known as the “central banker’s central bank”), Paul Tudor Jones and many other highly regarded sources.

The trouble is, most investors will never see it coming.

Smart investors can profit from this with a combination of long-volatility strategies, safe-haven assets, gold and cash.