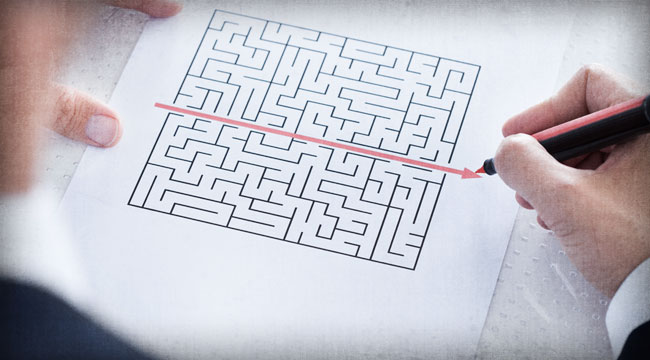 Investment Solutions in an Age of Monetary Madness

I am always stung by criticism, like how I am lazy (usually phrased as “stinking lazy”) because I don’t particularly like work in general, and how I have actually grown hostile to work in particular as it pertains to, you know, ME doing it.

Okay, I admit that I could have been a better person in many, many ways, and that I’ve grown increasingly weird and paranoid since 1987, which was the “date which will live infamy” when the evil demon from hell, known as Alan Greenspan, was chairman of the Federal Reserve and started this insane inflation in the money supply.

As a result, my relationships with both my career and my family have deteriorated, as both of them are always hounding me, wanting me to “at least show up and do my damned job”, perform my “family responsibilities” and act like a real “father” instead of a frightened, paranoid old man who is terrified of inflation in the money supply because it results in ruinous inflation in prices, and yadda, yadda, yadda we’re freaking doomed.

WHAT could we have been thinking to have screwed things up this badly?

The sorry fact is that I am so freaking terrified that all I can POSSIBLY care about is my own personal survival, saving myself from the horrific collapse of the economy, the banks, assets and the buying power of the dollar, everyone and everything all ruined by the price inflation caused by the murderous inflation of the money supply, caused by the evil Federal Reserve creating the excess currency and credit to cause massive inflation in the prices of now-too-big-to-pop bubbles in stocks, bonds, houses, personal debt, college debt, and, most outrageously, to fund unbelievable, suicidal, massive, trillion-dollars-plus-per-year federal government deficit-spending! Unbelievable!

Naturally paralyzed with understandable fear, you can surely understand how I am left with a shuddering, paranoid hysteria and a seething hatred born of betrayal, seemingly immune to butthead bosses yelling, “Shut up about gold, silver and oil and do some work around here!” and pitiful entreaties to “Just say you love us! Please, daddy! Please love us!”

Fortunately, after frantically double-locking the doors, setting security systems to “Maximum Lethal Response,” and settling into a comfortable, quiet, armed-to-the-teeth paranoia in the closet under the stairs, one finds that one has a lot of time to leisurely eat microwave burritos, drink beer, and to think about things. Things like, “What in the hell is that smell?” (It was my socks).

Flush with success in handling that mystery, I turned my attention to the next burning question, which is, “How can we have been so, so, So Freaking Stupid (SFS) as to ignore the glories of the Austrian School of economics, based on capitalism, free enterprise and a stable money supply, and instead destroy ourselves with the suicidal Keynesian stupidity of crushing debts everywhere and a behemoth federal government deficit-spending a constantly-expanding money supply?”

I mean, WHAT could we have been thinking to have screwed things up this badly?

Well, in that regard, Junior Mogambo Ranger (JMR) Phil S. has sent me several articles over the last few weeks about the horrifying cornucopia of hormones and chemicals that are in our water, the food we eat, and the air we breathe, which is not to mention the vast invasion of foreign species of plants and animals all over the place, which is certainly something else to worry about besides the economic Armageddon bearing down on us.

Then there is the recent discovery that, almost unbelievably, behavior is inherited in one’s DNA! Astounding! This means that if you are a lazy, bad parent, a sub-standard husband, or a worthless, dim-witted employee, then my kids will be, too! Oops! Too bad for them!

And now we have the new science of epigenics, which is “genetic control by factors other than an individual’s DNA sequence,” like the aforementioned pollutants and a million other things actually altering your DNA, which will thus alter your behavior in unpredictable ways! Yikes! This thing is compounding!

Now, as you obviously observe from the horrified look on my petrified face, I am more despondent and crazed with fear than (gulp!) ever! Ever! And much, much more paranoid, too!

But this genetics stuff not only explains the bizarre behavior I see all around me, but it handily explains why the majority of people are not rushing out, stampeding in a frantic, frightened frenzy, to buy gold and silver. It’s because their DNA is so damaged that they are now too stupid!

But, then again, it takes a Special Kind Of Stupid (SKOS) to, firstly, realize that nothing in economics has changed for thousands of years. There has always been money, debt, interest, taxes and government regulation. Nothing new.

And when one easily discovers that bankruptcy and economic ruin occur every time in history where the money supply was vastly expanded, then a Special Kind Of Stupid (SKOS) becomes a tangible thing with every new dollar created by the evil Federal Reserve.

I hear your pleas. “Oh, woe is us!” you say. “Help us, Wonderful And Wise Mogambo (WAWM), whose incandescent intelligence and powerful economic mojo illuminate this entire sector of the galaxy! So tell us, exalted sublime master and aforementioned WAWM, in a karma, yin-yang, mumbo-jumbo, universe-in-balance kind of way, there must be a Special Kind Of Brilliant (SKOB) to even things out, surely!”

To begin with, to paraphrase Leslie Nielsen in the movie Airplane!, “Stop calling me Shirley!”

And as for an SKOB, rejoice in that I, again with the egomaniacal WAWM thing introduced in the previous paragraph, do hereby answer your prayers!

As history CLEARLY shows, those people that are buying gold, silver and oil right now will be the Special Kind Of Brilliant (SKOB) people riding the inevitable bubbles in gold and silver up, up, up to their inevitable tops, as a brilliant and perfectly logical way to amass a relative fortune.

When will the market top for gold and silver happen? Easy! After everything else has finished turning to crap!

So simple. So elegant. So, “Whee! This investing stuff is easy!”

Well, maybe not so pleasant, but, you gotta admit, easy!

Ed. Note: With every rant about inflation, money printing and the money supply, the Mogambo grows ever stronger, waiting impatiently for the day when he can break free and destroy the damnable Federal Reserve he so vehemently detests. But until that day comes, you can keep current with his vaguely coherent ramblings by signing up for the FREE Daily Reckoning email edition, right here.