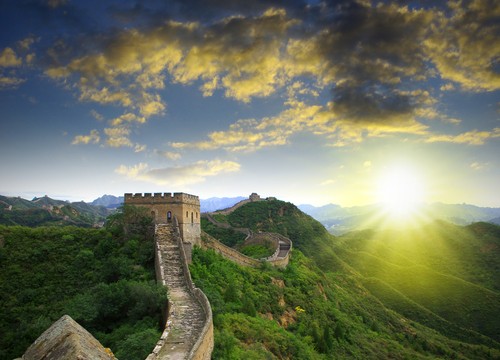 “Looking back through history,” says Neil George, “China is one of the countries that’s never invaded anybody.

“In fact, China’s been a very defensive country. The Great Wall was built to keep the Mongol warriors and others out. The idea that after 5,000 years of history, China’s all of a sudden going to start grabbing land with guns — it’s just not part of the business model of the country’s management.”

The model, instead, is commerce: “Rather than invading around the world,” says Neil, “China invests. In the process, it has been reaping the commercial rewards. Investing and building in developing markets around the globe is bringing new customers to the manufacturers and service providers of China.”

Neil is the newest member of the team at Agora Financial, heading up our income desk. Not only is he a 25-year veteran of the financial industry, he’s done business inside China for 20 of those years. He’s helped Anheuser-Busch break into the Chinese market. He’s launched Chinese mutual funds. He’s consulted with financiers setting up the country’s first real estate investment trusts. He’s taught at the Shanghai University of Finance and Economics.

“I remember days when most of the guys I saw on the street were soldiers in green suits,” he recalls. “Now it’s businesspeople in blue suits.

“Everyone is so focused on building wealth, it’s infectious. As soon as you land and the airplane’s door opens, you get this incredible rush. And you can’t wait to get back once you leave. It’s as if there’s something in the air — an economic drug that makes you that much more driven!

“China will let people be as successful as they can,” he explains, “and will not interfere, and in most cases will facilitate getting projects done that would never get done in the United States or Europe. And they’ll get it done in time spans that are unfathomable to most major construction companies or firms that specialize in project management.”

Case in point: a maker of sophisticated electronics that partners with Samsung. “They did a project most people would say — if you could get the land, permits and everything else in the United States — would take five-10 years to get done. They got it done in under 12 months.”

It’s become fashionable to declare that China’s boom is a bubble, destined for catastrophic and perhaps irreversible failure. Neil will have none of it. “There are plenty of companies that have severe issues, but you can make that same statement about any market anywhere on the planet.”

For every tenet of the China-bashers’ playbook, Neil has a response:

Neil’s No. 1 piece of advice to take advantage of the China story in your own portfolio: Avoid any broad-based play, like a mutual fund or ETF. “There are very few funds that have on-the-ground working knowledge, local analysts who are picking through the assets and doing the valuations right.”

And since income is Neil’s beat here at Agora Financial, we’re compelled to point out Seaspan pays a healthy yield of 5.1% and China Mobile’s no slacker at 3.9%. Cnooc has a way to go at 1.9%.

China, Neil says, has broken the mold in its transition to a market economy. Business success in the former Soviet bloc countries depends entirely on who you know. In contrast, “The vast majority of successful Chinese don’t try to take advantage of the system. They simply try to conduct their business and commerce despite the system.”

Much like a country you’re probably more familiar with…