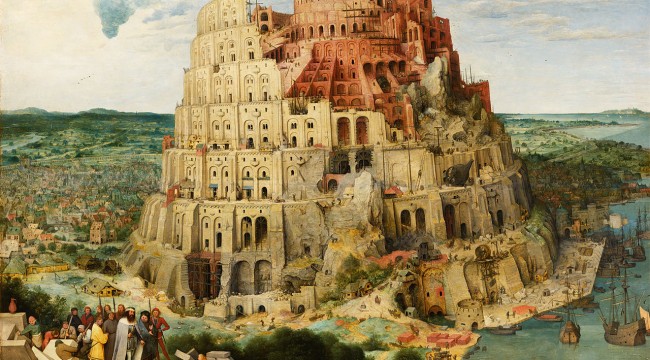 Introducing: The United States of Europe

The President of France has come up with a very creative way of solving the European debt crisis.  On Sunday, a piece authored by French President Francois Hollande suggested that the ultimate solution to the problems currently plaguing Europe would be for every member of the eurozone to transfer all of their sovereignty to a newly created federal government.  In other words, it would essentially be a “United States of Europe”.

This federal government would have a prime minister, a parliament, a federal budget and a federal treasury.  Presumably, the current national governments in Europe would continue to function much like state governments in the U.S. do.  In the end, there may be some benefits to such a union – particularly for the weaker members of the eurozone.  But at what cost would those benefits come?

When I first learned that French President Francois Hollande had proposed that the members of the eurozone should create their own version of a federal government, I was quite stunned.  But I shouldn’t have been surprised.  For the global elite, the answer to just about any problem is more centralization.  The following comes from a Bloomberg article that was posted on Sunday…

French President Francois Hollande said that the 19 countries using the euro need their own government complete with a budget and parliament to cooperate better and overcome the Greek crisis.

“Circumstances are leading us to accelerate,” Hollande said in an opinion piece published by the Journal du Dimanche on Sunday. “What threatens us is not too much Europe, but a lack of it.”

“I have proposed taking up Jacques Delors’ idea about euro government, with the addition of a specific budget and a parliament to ensure democratic control,” Hollande said.

His remarks touched on what analysts have seen as a major flaw in the euro.

Under the 1992 Treaty of Maastricht, countries which share a common currency must obey rules on borrowing and deficit spending.

But the Greek crisis saw one of the 19 eurozone members notch up successive worsening deficits and amass a mountain of debt. The problems were only addressed by bailouts from the European institutions and the International Monetary Fund (IMF).

Critics say the problem stems from a lack of centralised control over national fiscal policies, which today are jealously guarded areas of sovereignty.

In addition, this eurozone government would have its own prime minister.  In essence, he would be the European version of the president of the United States.  The following comes from the Independent…

There would be a eurozone government with its own prime minister, the officials said. This government would have its own budget – separate from the EU budget – to aid and invest in more fragile countries, It would try to harmonise corporation and pay-roll taxes to ensure fair competition in the eurozone.

Of course Hollande is not the only one calling for more centralization.  Last month, European Central Bank President Mario Draghi, European Commission President Jean-Claude Juncker and Eurogroup President Jeroen Dijsselbloem proposed a plan that would create a shared European treasury…

Draghi called for the creation of a shared treasury within 10 years in a joint proposal with politicians including European Commission President Jean-Claude Juncker and Eurogroup President Jeroen Dijsselbloem last month.

I don’t anticipate that we will see any of these things implemented immediately.

However, what is important is the fact that this is where the European elite plan to take Europe.  And when the next great European financial crisis erupts, these proposals will be offered as the “solutions” necessary to end the crisis.

During times of emergency, the elite are often able to push things through that they would never be able to accomplish under normal circumstances.  At the moment, it would be extremely difficult to get everyone to agree to a full-blown “United States of Europe”.  But if things were to start spinning wildly out of control and people were suddenly desperately clamoring for solutions, the environment would be quite different.

What that time arrives, the key will be to get Germany and France to agree on what a “United States of Europe” should look like.  If Germany and France can agree, it is inevitable that most of the other members of the eurozone would ultimately fall in line.

One potential hurdle for the creation of this new government would be the euro.  The current treaty agreements concerning the euro are quite complicated and quite restrictive.  If Germany and France decided that they did want to create a “United States of Europe”, they might have to create an entirely new currency in order to accomplish that.

I know that sounds kind of crazy right now, but at one time the concept of “the euro” sounded really crazy too.

For the moment, the debt crisis in Europe just continues to get even worse.  Greece, Portugal, Ireland, Italy, Spain, Belgium and France are all drowning in debt.  Whether or not we see a “Grexit” in the short-term, I fully expect that European bond yields will continue to rise and European stocks will take quite a tumble in the months ahead.

I believe that we are right on the verge of a very significant European financial crisis.  In particular, keep on eye on the big banks.  Just like in the United States, the “too big to fail” banks in Europe are massively overleveraged and are tremendously exposed to derivatives.

What do you think would happen if the biggest and most important bank in Germany suddenly became the next Lehman Brothers?

That is something to think about.

Meanwhile, the euro continues to fall.  For a long time, I have been repeating my prediction that the euro would fall to parity with the U.S. dollar.

There will be more ups and downs, but we are almost there.

A time of great chaos is coming to Europe, and the eurozone will be deeply shaken.

But whether or not there is a break up of the eurozone in the short-term, in the long-term the goal of the European elite is even more integration and even more centralization.

So even though there will be significant bumps in the road, I fully expect to see the “United States of Europe” that French President Francois Hollande has proposed.

What do you think the future holds for Europe?

Michael Snyder
for The Daily Reckoning

The global elite descended private jets to their version of winter ski-camp – the lifestyles of the rich and powerful version.  Here’s why the latest Davos meeting at The World Economic Forum’s is a warning for any investor with money in the markets today…

Michael T. Snyder is a graduate of the University of Florida law school and he worked as an attorney in the heart of Washington D.C. for a number of years. Today, Michael is best known for his work as the publisher of The Economic Collapse Blog.