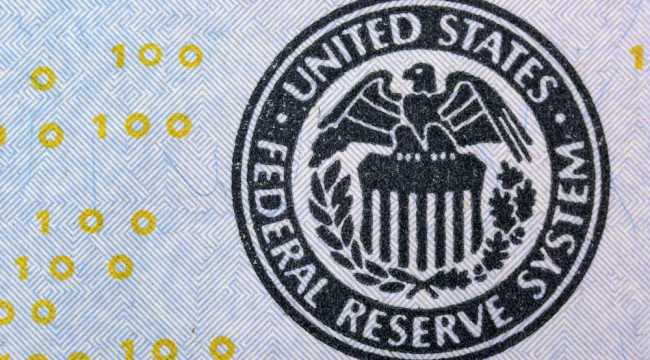 In Thrall to the Federal Reserve

Perhaps no economic pronouncement in history has been anticipated, discussed, predicted, dissected, and reported like the Federal Reserve’s momentous decision yesterday not to raise interest rates.

The outpouring of relief witnessed today by the financial press is nothing short of cathartic. Fear and anxiety, built up over months, is replaced by relief, even euphoria.

This is not to say the hype is unwarranted. On the contrary, the decision to raise interest rates even just 25 basis points would have represented nothing less than the end of an era, as one Bank of American analyst described (courtesy of Zerohedge):

Should the Fed decide to raise interest rates, it will be the first Fed hike since June 29th 2006. In the 110 months that have since past, global central banks have cut interest rates 697 times, central banks have bought $15 trillion of financial assets, zero interest rate policies have been adopted in the US, Europe & Japan. And, following the Great Financial Crisis of 2008, both stocks and corporate bonds have soared to all-time highs thanks in great part to this extraordinary monetary regime.

As noted above, a rate hike with a stroke ends this era.

A stroke indeed. By unelected, unaccountable, anti-market bureaucrats whose identities are completely unknown to virtually all Americans.

After so many years of the “new normal,” we have to be reminded just how extraordinary — and unprecedented — the Fed’s actions since 2008 have been. But does it not occur to bankers, much less the media breathlessly covering stock and bond markets, that these actions have set America on a hopelessly dangerous and unsustainable path? Or that placing so much economic power in the hands of a select few might not end well?

In a digital world, where information increasingly is decentralized and disseminated through multiple channels, it is astonishing to witness the degree to which a tiny group of individuals issues the single most important piece of information in the entire global economy.

By “tiny group” I mean the 10 people who sit on the Fed’s Open Market Committee: 5 Federal Reserve Board Governors (with 2 vacancies), and 5 of the 12 Federal Reserve Bank presidents on a rotating basis.

When the whole world waits with bated breath for the economic pronouncements of 10 people sitting in one room, we might call that central planning. We might accurately call those 10 people ‘elites’, since the shoe fits. And when those elites effectively determine the cost of borrowing money across whole economies, we might call that price fixing.

Interest rates are indeed prices, make no mistake about it. They are a critical component of economic calculation, providing instant information to entrepreneurs seeking to deploy capital to its best and highest uses. In a rational world, interest rates reflect the (ever-changing) relative time preferences of both lenders and borrowers.

But we live in an irrational world, where the judgments of real economic actors with skin in the game are thwarted by omniscient bureaucrats who openly seek to distort the price of money. Since the Crash of 2008, that distortion takes the form of suppressing interest rates below what Ludwig Mises called “originary” levels.

The FOMC explicitly targets a particular federal funds rate, the weighted average rate at which commercial banks lend their Fed reserves overnight. This hardly differs from explicitly targeting the price of a new Honda or a bushel of wheat.

Apologists bizarrely assure us that the Fed does not in fact “set interest rates” through this targeting, because the fed funds rate applies only to overnight lending of bank reserves that (by definition) cannot be lent commercially to the public.

But the fed funds rate is termed the “base” interest rate for a reason: it forms the baseline from which commercial banks apply cost-plus lending. The interest rate that borrowers with good credit pay commercial banks — the prime rate — absolutely is tied to the underlying overnight rate banks pay each other.

David Stockman calls the fed funds rate the most important price in all of capitalism. And since we don’t know what interest rates should be thanks to central banks, Stockman argues, we really have no honest pricing of assets anywhere on the planet.

Since 2008 the Fed has kept the rate effectively at zero, and even pays interest on reserves at a .25 percent rate to forestall an environment of real negative rates and encourage banks to keep reserves higher.

But these many years of price fixing have failed to produce anything other than ersatz economic growth, mostly represented in overpriced equity markets, luxe housing, and bogus government spending. Average people are not better off than they were in 2008, and in many cases they are worse off.

In The Theory of Money and Credit, Ludwig Mises made the case more than 100 years ago — before the Fed and European Central Bank ever existed — that monetary interventions cannot create prosperity:

Attempts to carry out economic reforms from the monetary side can never amount to anything but an artificial stimulation of economic activity by an expansion of the circulation, and this, as must constantly be emphasized, must necessarily lead to crises and depression. Recurring economic crises are nothing but the consequence of attempts, despite all the teachings of experience and all the warnings of the economists, to stimulate economic activity by means of additional credit.

The key words here are “as must constantly be emphasized.” It is incumbent on all of us to do everything in our power to make the case against central banking, one of the great evils of our time. We must make the case against the Fed loudly and repeatedly, even as the world is in thrall to it.

Jeff Deist
for The Daily Reckoning

Jeff Deist is president of the Mises Institute. For many years he was an advisor to Ron Paul and a tax attorney specializing in mergers and acquisitions for private equity clients. He was also Congressman Paul’s chief of staff during the 2012 election, and his press secretary in Congress from 2000 to 2006.