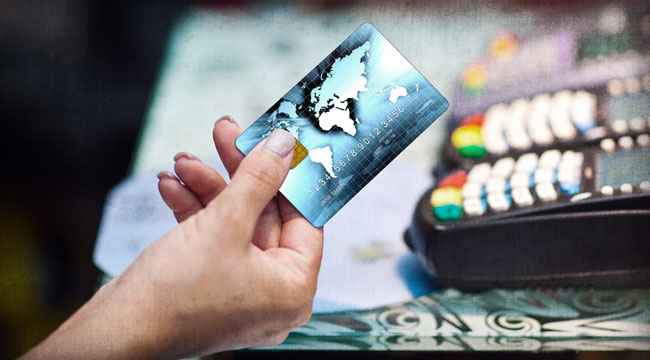 In Support of Even More US Debt

That was the controversial theme of Richard Duncan’s World War D presentation on Monday. In place of capitalism, Duncan argued, we now have “creditism”: a form of credit-fuelled economic growth directed by the US government.

But, he warned, that system is in danger of imminent collapse.

Duncan pinpoints the beginning of this new system – or the death of capitalism-as the First World War. To pay for US weaponry and technology, the Europeans gave the US gold. This fuelled a massive credit boom and the period known as the roaring ’20s.

It couldn’t be repaid, and triggered the Great Depression. When war returned, the government took over every aspect of the economy and increased spending by 900%.

That changed the global economy forever, and then a bigger change came along…

Up until 1968 the US Federal Reserve had to have at least 25% gold for every dollar printed. By 1968 the US was running out of gold, so they changed the law. Money was no longer linked to gold, and the US could create as much credit as it wished.

He sees the dangers. Asset prices inflate in an upward spiral, creating more collateral for consumers to borrow against but, as he says, the ‘day always comes when credit can’t grow any further’. In 2007 the private sector couldn’t repay its debt and the government had to jump in.

And now, he says, ‘Creditism has created unprecedented prosperity around the world, but it’s on the verge of collapse because the private sector cannot bear any more debt.’

That diagnosis doesn’t stray too far from mainstream opinion – it’s his solution however that had audience members shaking their heads in disagreement.

He made the case for increasing, rather than cutting debt. Duncan pointed out that there have only been nine times since 1952 where credit has grown at less than 2% per annum. Each of those periods created a recession.

Duncan calls this 2% debt level the recession threshold. In order to reach that threshold, the US needs $2.4 trillion dollars in credit growth, but that looks unlikely according to Duncan. ‘Judging by history we’re not going to have any economic growth,’ Duncan said. ‘If this half-century long credit bubble pops, civilization wouldn’t survive.’ Unemployment would rise, globalisation would come to an end, welfare would cease, the US would lose its military dominance, China’s economy would implode, and there would be widespread starvation, chaos and war.

For Duncan, it’s imperative the US maintains its stake in creditism. ‘[the global economy] is like a big rubber raft. Instead of being inflated with air, it’s inflated with credit’. The problem he says is that the raft is defective, full of holes, and keeps leaking credit. ‘Policy makers are absolutely terrified that if it sinks it will be like it was in the 1930s and 40s,’ he said. Pump in more credit, asset prices go up, people are kept dry and happy, and the raft stays afloat.

So much credit has been created globally that the earth’s seven billion people can’t service it. The private sector can’t bear more debt either…but the US government can, according to Duncan. Japan’s debt is 250% of GDP, but US debts stands at 100%. America could borrow and spend another $17 trillion and only reach 200% debt to GDP.

At this point the audience looked rather sceptical, especially given the Japanese response isn’t known for its success.

But Duncan pushed his case. The economy must ‘inflate or die’, because the capitalist economic system died 100 years ago. The world requires further credit expansion or it will face utter collapse.

‘How about we learn from Japan’s mistakes?’ asked Duncan. The Japanese wasted government money on building bridges to nowhere, and paving the Japanese countryside. Instead, he wants the US Government to invest in new technology – $1 trillion in solar, biotech, GM and other new technologies.

He envisages the US government sparking a debt-fuelled, technological revolution that would create profitable industries. ‘This is not only a once in a lifetime opportunity, it’s a once in a history opportunity,’ he said, that could cure disease and bring people out of poverty.

That sounds like optimistic vision. The reality is less rosy for Duncan.

Politicians, he says, don’t get it. Neither the Democrats or Republicans will increase debt, and the world will plunge into depression.

But on that final point – the deficiencies of politicians – there were many heads nodding in agreement.

Callum Denness
for The Daily Reckoning

Callum Denness is a contributing author for Money Morning Australia. He covered the 2014 World War D conference in Melbourne as their Roving Reporter.