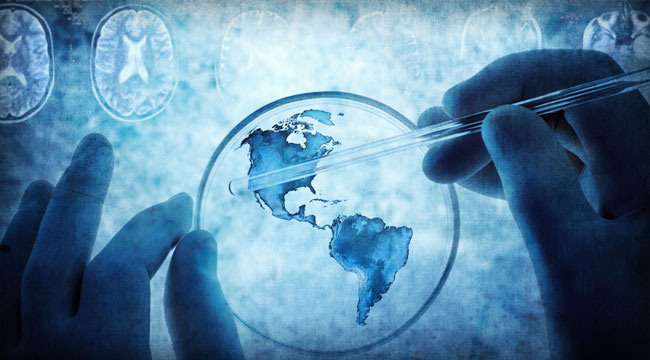 How to Trade the Ebola Tipping Point

Last Friday, I told you that I believe that the Ebola problem in the U.S. is growing. This is different than what the government is telling you. But the facts continue to support my view.

We’ve gotten even more bad news from the government. Center for Disease Control officials are saying that as many as 100 people are being screened for Ebola in Dallas. We also know that emergency workers that came to treat the first patient, Thomas Eric Duncan, were exposed.

In Liberia, Ebola is a death sentence. But in the United States, Duncan has a shot at surviving.

As I told you last Friday, I believe Duncan traveled to the U.S. to get his Ebola treated. Liberia has virtually no health care system. Duncan had zero chance of surviving Ebola in Liberia. Liberia doesn’t even have enough gloves and masks to treat Ebola patients. In Liberia, Ebola is a death sentence. But in the United States, Duncan has a shot at surviving.

I know this seems far-fetched. But I believe that there is a strong possibility that I am right.

Because no one wants to die. This is basic human behavior… in other words, survival instincts. If you are facing a death sentence, you’re going to try to escape it. That’s why I told you last week that chances were he had Ebola while he was traveling here.

We’ve gotten one indication that I may be right too. Turns out Duncan lied on the health screening questionnaire asking if he had been exposed to Ebola. News reports confirm that Duncan was definitely in contact with people that were infected with Ebola. Just for background, all travelers from Liberia are required to fill out this questionnaire.

If what I believe is right, Duncan had Ebola during his flights. And every person on those flights is at risk of getting Ebola. During his journey, he went through Brussels Airport (in Belgium), Dulles Airport (near Washington, D.C.) and then Dallas/Fort Worth Airport. So Duncan would have come into contact with hundreds of people.

You should know that the Ebola virus can be spread through direct contact. That means if you are exposed to an Ebola patient’s open wounds or their nose snot. You can also get it through contact with an Ebola patient’s blood or bodily fluids (urine, saliva, feces, vomit and semen).

I’m not trying to panic you. I’m just telling you what I understand.

If my version of events is right, we are going to have to start vaccinating people for Ebola soon.

Because Duncan may have spread Ebola to people in Brussels and Washington, D.C. And we already know that he may have infected as many as 100 people in Dallas. Then there are all the people on the three flights he took.

If he infected people on those flights, the Ebola problem is going to spread every further.

Further? Yes, because those people are now bringing Ebola to their final destinations.

If that’s right, we are at a tipping point.

Tipping point? Yes, a tipping point. That’s where Ebola shows up in many more places. And once that happens, it’ll be clear we need a vaccine. Why do we need a vaccine? Because a vaccine will help your body fight Ebola if you are exposed to it. In other words, we need to act as if everyone is going to be exposed. And then the only solution is to give people a vaccine.

P.S. I just added one company to my portfolio that has an Ebola vaccine already in its pipeline, and given the current situation, I’m sure it will be put through accelerated testing, for use right now.

Obviously, if that happens, you can expect the stock to soar. But the information is so sensitive, I can only let a handful of people know about it. And in today’s issue of The Daily Reckoning email edition, I gave readers a chance to become one of them.

It’s just one small bonus you get for being a reader of the FREE Daily Reckoning e-letter. In addition, you’ll also get a more in-depth analysis of what’s going on in the markets and a chance to be part of the broader conversation. Not to mention several chances at real profit opportunities like the one I just mentioned… in every single issue.

So don’t wait. Click here right now to sign up for The Daily Reckoning completely FREE of charge.