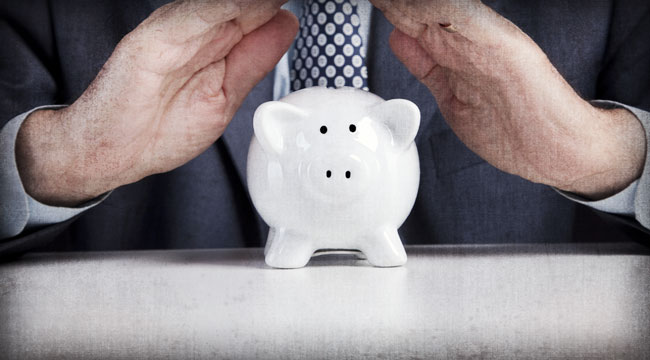 How to Shield Yourself from the Next US Debt Crisis

Let’s head back in time…

But flash forward to today and you’ll see that number has inconveniently more than doubled.

People like you and me, and any other productive taxpayers in society, are footing a heavy burden. 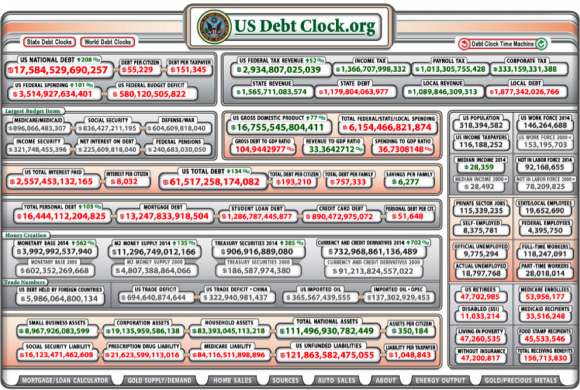 “But Matt,” you say, “we’ve always known those idiots in D.C. waste our money. The debt is always going up, right?”

But looking at a similar trend, on a consumer basis, is just as scary. Take a look at the St Louis Fed’s chart for total consumer debt: 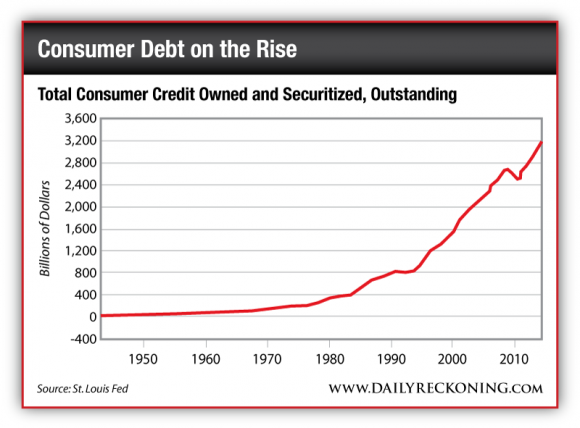 So while the buffoon-trust in D.C. balloons the budget, your neighbor is buying a new car. And the neighbor on the other side is taking out a home equity loan.

As you can see in the chart above, the wave of consumer credit in the U.S. has not subsided since 2008 – not one bit!

Add it up and we’re looking at two scary graphics.

Besides the visual scare-fest, you can count on this debt story to haunt Wall Street, too.

Right now I’m seeing a heap of negative debt articles flood the investment news (Wall Street Journal, CNN, MarketWatch, the list goes on.) Maybe there’s nothing better to write about? Or maybe it’s a sign that fear is creeping back into the market.

Depending on the timing, we’re in for a volatile market.

All you have to do is look to the decade from 2000-2010. Back then, the debt discussion was certainly heating up on the back burner — ever-increasing national debt, increasing consumer debt and of course, loads of subprime debt. But for the first seven years all that came of the screaming tea kettle was a steadily increasing market.

That is, back then (and even today) folks had a lot of money riding in the stock market. Institutions, pension plans, 401ks, there’s a lot of latent money that sits in stocks no matter how iffy the outlook gets.

But it took a debt crisis to really shake the tree.

Let’s be clear here, I am not campaigning for another 2008 meltdown. Instead I’m just bringing up that example to show you how the big-picture concept of debt affects a market. And, importantly, that timing matters.

The big question, and one that we don’t have an answer to yet, is how this plays out in the short- to medium-term.

Will markets scream higher with concerns over inflation? After all, the nation’s debt will lead to inflation, right? Will earnings and a better-than-expected economic recovery give us another 3-5 years of market gains? Can America’s energy boom preserve the American dream?

Or will we see some cracks start to form in the market’s status-quo from the past five years? Will fear return and start pushing a “fear trade” away from stocks and into assets like gold and silver?

Again, I don’t have the answers for you today. But as I made clear above, this isn’t something you want to sleep on and completely forget.

In the long-term, however, I do have an answer for you.

The answer pertains to my beat or, more specifically, to our domestic energy boom and its long-term effect on U.S. policy makers…

If you’re wondering if the U.S. energy boom will save the U.S. economy and strike change in the streets of Washington. The answer is unequivocally no.

Cheap abundant energy, like natural gas and oil from U.S. shale plays, won’t change Washington’s spending ways. If anything we’re about to head down a nasty road where spending and debt actually increase.

The fat kids in D.C. are going to continue to eat. And with an ever-improving trade balance and energy scenario their appetites are only going to get bigger.

Sure, for the next few years our economy could chug along fine — after all, consumer prices are relatively stable, housing is inching up, unemployment is dropping and jobs are coming back to the U.S.

But when the music stops, whether it’s from ballooning debt or a downtick in U.S. shale production, you can bet that there will be hell to pay. Well, not hell, but rather debt to pay.

And whether it’s done deliberately through capital controls or by slowly letting the air out of the value of the U.S. dollar, you and I will feel the long-term effects of D.C.’s appetite for debt.

This is a long-term outlook, to be sure. But there aren’t many ways this story can play out.

And if we go with the simple assumption that U.S. politicians won’t learn how to save money, then I think it’s obvious the only way to cure our unending debt is by printing more dollars and lowering the long-term value of the dollar.

Runaway inflation is the friend of debt-laden countries. A 17 trillion dollar debt isn’t much these days in Zimbabwe, eh? It’s only a matter of time before we get our share, one way or another.

There’s no doubt a looming cloud of debt will start changing the way folks and institutions invest – a scenario that will benefit your long-term energy plays.

For now, don’t hit the snooze button on the U.S. debt clock – otherwise you’re going to wake up like a poor version of Rip Van Winkle.

P.S. We’ve just posted an outline of 6 plays that could’ve doubled your money again and again. And in today’s issue of The Daily Reckoning, I gave readers an exclusive chance to gain access to them. If you’re not currently getting the FREE Daily Reckoning email edition, you’re not getting the full story… or any of the great potential profit opportunities that come with it. Don’t miss another issue. Sign up for FREE, right here, before you do anything else today.