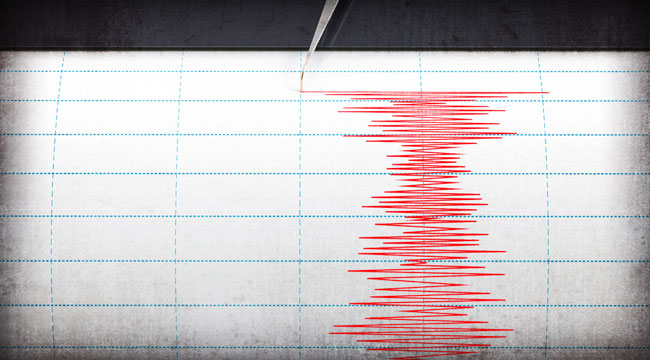 How to Beat the Fed’s Taper

The investing community has become completely transfixed on the possibility of the Big Fed Taper.

In fact, the Taper has become every market pundit’s go-to talking point. Any mention of it has such an overwhelming effect that stocks immediately (and sometimes violently) react when a new, prominent opinion surfaces.

“Ben Bernanke is likely to signal that the US Federal Reserve is close to tapering down its $85bn-a-month in asset purchases when he holds a press conference on Wednesday, but balance that by saying subsequent moves depend on what happens to the economy,” declared Robin Harding yesterday in the Financial Times.

“The Fed chairman has a double communications problem. Markets seem reluctant to acknowledge the improvement that is leading the Fed towards a taper of QE3. But they also appear to be assuming, incorrectly, that any taper means the Fed has become less willing to support the economy’s recovery.”

That’s all it took…

In a matter of minutes, the broad market began coughing up its gains. At 2 p.m., the S&P 500 was up more than 1% at 1,644. After the FT article hit the wire, the rally vanished. By 3 p.m., the S&P was barely in the green, sitting at 1,630. Stocks finally fought higher into the close, capping an interesting (and somewhat telling) trading day.

If you’re a trader, this week’s FOMC meeting is a wrench in your gears. The market’s jumpy. Every single breath of news is going to shake stocks temporarily. That’s the situation this week—and there’s really no way around it.

Because of all the speculation surrounding The Big, Bad Taper, there’s a lot of “hurry up and wait” going on in this market. We’ve been here before. Not six months ago, traders sat on their hands as the Fiscal Cliff drama played out in dramatic fashion. Yet instead of a massive market crash, we were treated to the beginnings of a powerful rally.

In the short-term, expect some whipsaw action as nervous investors struggle through the news cycle. But unless you’re darting in and out of new trades every single week, you shouldn’t get too trigger happy in these conditions.

Ignore the circus. Take a wider view and obey the charts, and you’ll avoid becoming Taper road kill as investors, the market, and the media duke it out this week…