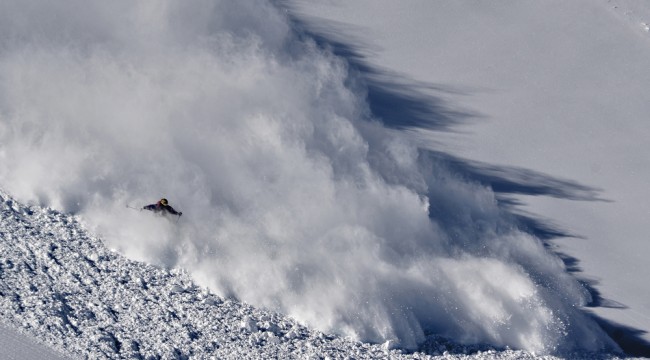 How the Swiss Could Set Off a Financial Avalanche

Hot money is flooding into Treasuries, raising prices and lowering rates. The yield on a 10-year note, near 2.5% at the close yesterday, sits near 2.4% now.

The elite media are latching on to “global growth fears” as a handy explanation.

It being the first of the month, traders get to chew on various measures of manufacturing around the world. With all of these numbers, a reading above 50 indicates growth in factory activity; below 50, contraction…

Bloomberg is trying its best to spin the U.S. number as a good thing, saying U.S. factory activity is cooling into a more “sustainable” expansion. Heh…

As market events go, the disappointing manufacturing numbers amount to a mere snowflake in the giant shelf of snow that threatens a financial avalanche.

In recent weeks, we’ve explored a few potential snowflakes that might set off the big slide, even as we acknowledge it’s a bit of a parlor game. Our friend Jim Rickards is fond of pointing out that you never know which snowflake will be the trigger; you know only that the imbalances from the Panic of 2008 haven’t been addressed and, indeed, are even worse now than they were then. And the snow keeps falling.

One possible avalanche trigger has a precise timing mechanism — 60 days from now.

On Nov. 30, Swiss voters go to the polls to chart the future of their nation’s gold hoard… and maybe set off a market shock in the process. On the ballot is a referendum with three major planks…

By all measures, it’s a modest proposal. It doesn’t restore the gold backing the Swiss franc had up until around the year 2000. But Swiss bankers and politicians oppose it all the same.

Imagine the impact on the gold market should the referendum pass.

At the moment, gold makes up 7.7% of Switzerland’s forex reserves. Goosing that to 20% would force the Swiss central bank to buy 1,500 tonnes of gold over the next three years.

How much gold is that? According to a research note from the Swiss banking giant UBS, “1,500 tonnes equates to half of the world’s annual production.”

Mr. Rickards teases out what follows if there’s a yes vote: “This would deliver both a demand shock (in terms of requiring new purchases) and a supply shock (in terms of depleting the gold in New York used to manipulate the market),” he writes in a briefing released yesterday to paying subscribers of our newest publication, Jim Rickards’ Strategic Intelligence. (You can get access to this briefing right here — no “long-winded presentation” to watch beforehand.)

“The gold market and central banks,” Jim goes on, “are whistling past this graveyard. They may be in for a shock when the votes are counted.”

[Avalanche Watch: Jim has compiled a comprehensive list of 30 potential snowflakes that could trigger the financial avalanche… and eight investments that can keep you out of harm’s way. In fact, three of those investments have the potential to double your money when the crisis hits. In today’s issue of The 5 Min. Forecast, I gave my readers a chance to discover them directly — and all the potential profit that comes with them. Click here now to secure your spot on this list.]