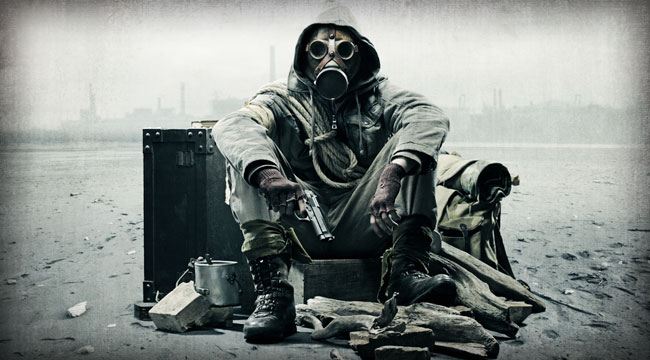 How the Gun Control Debate Could Prolong a US Ebola Crisis

Desperate times call for desperate squares to squeeze into circles…

“So why are we still waiting on President Obama’s Surgeon General nominee to get to work?

Yep. In a shocking new development, guns are to blame for the confusion and fear caused by Ebola.

Of course they are.

In short, so goes the logic, the Ebola crisis is going to be much worse because Obama’s surgeon general isn’t on board.

And whose fault is that? Gun owners who aren’t hip to the general’s stance on current gun laws.

Own a gun? If yes, according to MSNBC, an Ebola outbreak will be your fault.

Because now is the time to point fingers and pontificate.

In other news, the governor of Connecticut, Dannel Malloy, declared a public health emergency for the state…

And inside this public declaration were some harrowing details.

The governor cites Section 19a-131, which states that if government officials suspect you might have the virus, they can lawfully detain you against your will.

Worse, you’ll be involuntarily subjected to endure whatever vaccines… drugs… or shots they want to give you.

And if you don’t comply?

“(d) Any individual who, during the course of a public health emergency declared under this section, violates the provisions of any order issued pursuant to sections 19a-131 to 19a-131i, inclusive, or who intentionally obstructs, resists, hinders or endangers any person who is authorized to carry out, and who is engaged in an activity that carries out, any of the provisions of the order shall be fined not more than one thousand dollars or imprisoned not more than one year, or both, for each offense.”

You won’t have a say in the matter…

Even if you’re not infected with the virus.

Here’s a copy of the letter from the governor… 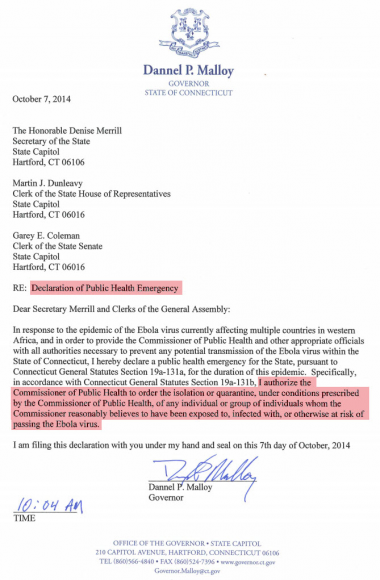 Don’t live in Connecticut? You’re far from out of the woods.

The CDC already has the authority to detain and quarantine Americans across the board.

“In addition to serving as medical functions,” the CDC website reads, “isolation and quarantine also are ‘police power’ functions, derived from the right of the state to take action affecting individuals for the benefit of society.”

No need for such ludicrous things as educating the masses on proper responses or how to be self-sufficient. Just let the government snap up whoever they’d like.

That’ll ease the fear and confusion.

The Ebola news keeps getting worse. And, in response, Americans are flocking into the survival gear industry (which, as we outlined last week, might not be such a bad idea)…

One emergency supply business reported to Bloomberg it sold its entire supply of kits in two weeks. This is, it said, after only selling one or two kits a year for the past two years.

Garron Strickland, manager of an Army surplus store in Dearborn, Michigan, told CBS that locals left and right are stocking up on “package water, MRE meals, heaters, gas masks, and other items as they tend to do with outbreak or other concerns on the horizon,” the rag reported.

But that’s not all Americans are buying up…

“You can always count on commerce to reflect our various national moods,” AdWeek writes, “and as a canvas of the Web proves, Ebola is no exception.

“Fear and fascination with the disease — which has killed over 1,400 people, but none of them in the U.S. [before Duncan Thomas] — has spawned any number of Ebola-related products, ranging from the humorous to the ponderous to the pointless.”

Such as, for example, the Ebola plush doll that’s become, as the sellers put it, “a hot commodity”… 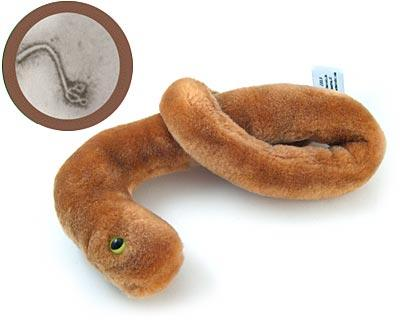 Gather ’round kids! Who knows what this is? 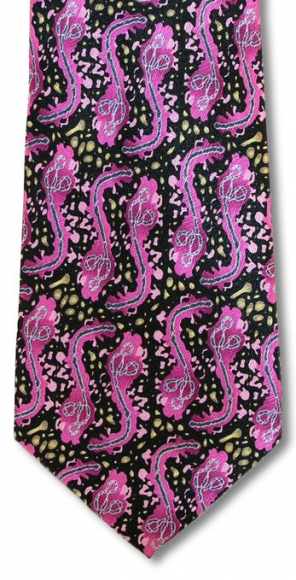 And, of course, the Ebola earrings for the lady… 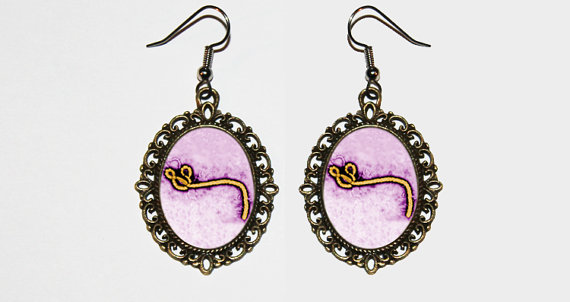 Something for everyone in the family! Early Christmas shopping, anyone?

Ebola stocks are flying through the roof too…

“Companies that specialize in hazmat suits and protective equipment,” says MarketWatch, “have been the biggest gainers since the first case of Ebola was confirmed on U.S. soil on September 30.

Lakeland Industries, for example, has gone up almost 300% since Duncan Thomas arrived in the U.S. and, upon writing, is up almost 50% for the day.

And another company, Alpha Pro Tech, another hazmat suit maker, has gone up over 200%…

“If you’re looking for evidence of investors playing the situation,” Dan Greenhaus, chief global strategist at global trading firm BTIG says, “this is as good a place to start as any.”

[Ed. note: Paul Mampilly, our investment director told us this would happen. He was right. He’s currently following a handful of Ebola-related companies that have the potential to soar even further than Lakeland and Alpha Pro. I gave my Laissez Faire Today readers a chance to discover his research for themselves. If you’re interested, you can click here to sign up for Laissez Faire Today for FREE, right now.]

“I graduated from Hopkins,” our publisher Joe Schriefer said in an email earlier this morning.

“I’ve never — not once — seen them do anything like this…

Upon writing, we’re sitting inside the hospital’s coffee shop waiting for the event to begin.

We learned about it just in the nick of time, too.

Though it’s not open to the public, we’re confident we can finagle our way in somehow to see the speakers.

And, more importantly, try to get some face-time with some of the world’s leading experts on infectious diseases.

The event, titled, Dean’s Symposium on Ebola: Crisis, Context, and Response, has, by the time you’re reading this, probably come to an end.

But if all goes as planned, I’ll be sharing my experiences from the event with my Laissez Faire Today readers. (If you’re not already signed up, you can do so for FREE, right here.)

In the meantime, here’s a quick description of the event…

“On Tuesday, Oct. 14, from 9 a.m. until 1:30 p.m.,” the event page reads, “the Johns Hopkins School of Public Health will host a symposium to discuss the impact of the epidemic, current and future response, the status of vaccines and possible pharmacologic therapies, recommendations to prevent spread of the disease outside of West Africa, and other issues.”

If we get in, tomorrow’s episode will be all about what we learned.

Ed. Note: In tomorrow’s issue of Laissez Faire Today, readers will (hopefully) get an inside look into what some of the most prestigious infectious disease experts are saying about Ebola. Some of this information won’t make it to The Daily Reckoning website. To make sure you receive the full, unfettered story, sign up for Laissez Faire Today for FREE, right here.