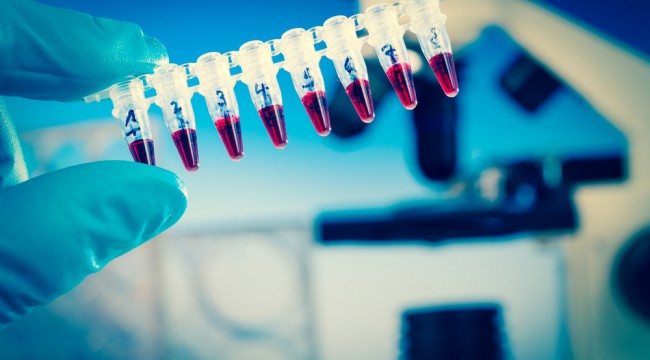 An Up Close Look at Ebola in Liberia and the U.S.

“You can see the difference between a developing country,” Liberia’s Dr. Mohamed Sankoh told VICE from a holding center he and his team had built only days prior, “and a developed country like America.

“If you have Ebola in America, none of them died. Do you know why? It is not because the virus, per se, it is because of the way they handled the management of the disease.”

Duncan Thomas was the first and only death of Ebola in the United States. He died shortly after the filming of this video.

Back to Sankoh’s point, though, here’s some of what goes into handling a disease like Ebola…

“The capability [here in Liberia] is little or none at all.

“We have never seen such a thing before. Cases all over, in a rampant way. It’s difficult.

“We need helpers. We need those who have experienced such a pandemic before to come to our aid.

“If you think so much about the disease and you become frightened, what you’re supposed to do to protect yourself, you cannot do it. You will not think.

“The fear of that, when the fear consumes you, then the disease equally consumes you. So you have to be alert.

When asked if his staff was trained before creating the center, he said: “For this particular outbreak, of course to some extent. But the practical aspects, no, only the theoretical.

“Inside there, what are you going to do?”

“But scientifically, we’re in the middle of the first experiment of multiple, serial passages of Ebola virus in man…

“God knows what this virus is going to look like. I don’t.”

And this isn’t the first time the Doc has seen the Ebola virus. Dr. Russell headed up Ebola research at the U.S. Army’s Medical Research and Development Command.

Peters “helped battle a 1989 outbreak of the virus among research monkeys housed in Virginia…,” Willman wrote.

Dr. Peters “said he would not rule out the possibility that it spreads through the air in tight quarters.”

As far as transmission goes, Dr. Peters “said he would not rule out the possibility that it spreads through the air in tight quarters.”

“We just don’t have the data to exclude it,” Peters told him.

According to them, little proof exists to substantiate the CDC’s claim that an infected person can’t spread the virus if they’re not showing symptoms.

“It’s really unclear,” public health scientist at the University of Minnesota, Michael Osterholm, told Willman. “None of us knows.”

Yes, it’s uncomfortable to admit that most of our health officials might not know what they’re up against — or how long it will take to contain it.

But Christophe Fraser, a professor of epidemiology at London’s Imperial College, claims to have a rough idea…

Looking at the virus, he says, we should consider…

“Ebola is very high on severity,” Fraser told The Guardian, “and very low in terms of mode of transmission.”

That’s much better, he says, than a disease that kills fewer, but spreads far more rapidly.

Because it is relatively slow moving, it can be contained fairly easily with the proper means of caring for the infected.

“To break the chain of the current Ebola outbreak,” Gerardo Chowell-Puente, associate professor of mathematical epidemiology at Arizona State University writes in Time, “our numbers show that health care workers need to halt about 50% of infectious contacts by effectively isolating people who are infectious…

“The trouble in West Africa is that the countries suffering from outbreaks have weak health care systems — perhaps too weak to halve the number of infectious contacts.

These three countries lack even the most basic essentials, he says: even gloves, gowns and face masks are hard to find. This explains why well over 50% of health workers in these countries have contracted the disease.

And also why the few hospitals they have are overflowing.

A conservative 8,000 have been infected, about half have died.

In response, the U.S. has pledged to send up to 400,000 “home treatment kits” to Liberian households…

According to the USAID, around 9,000 have already been distributed.

“Perfect is having patients in isolation centers with health care workers treating them,” Stephan Monroe, a deputy director of the CDC said, “but we cannot build them fast enough.”

According to Kenneth Martu, a community organizer in Westpoint — one of Monrovia’s hardest-hit areas — the kits are already taking too long to arrive.

“You call for an ambulance,” he says, “and they say there are no beds available [in the treatment centers]. So home care is one of the best approaches in the fight against Ebola. It’s what we can do in the absence of beds.

“We need to prevent Ebola’s spread.”

“I think there would be much less of a problem in the United States or many other countries,” Dr. Diane Griffin told VICE, “where medical personnel have a better understanding both of the precautions that need to be taken and how one gets infected.”

“If I were panicked, I’d let you know. I just don’t think there’s any reason for that.”

“The healthcare workers in many of these rural areas are not highly trained,” she said, “and when they see co-workers and family members and neighbors dying, you can understand that would be a frightening situation.”

Not knowing what to make of it, many of the workers stopped showing up, exacerbating the spread of infection.

When asked what kinds of precautions were reasonable for Americans, such as, should they modify their travel plans, Griffin replied:

“I don’t think so, because the random tourist or business person or whoever is not going to come into contact with people who are sick — although there have been cases in the cities, which has been one of the problems. If you’re going over there to help out in a hospital, then hopefully you know what you’re getting into.

“If I were panicked, I’d let you know. I just don’t think there’s any reason for that. There are reasons to pay attention. One of the problems is that West Africa has not really experienced Ebola before, whereas Uganda and a few other countries have had multiple outbreaks and they’re a little more schooled in these control measures.”

P.S. While there might not be reason to panic (yet), you should at least know what do to should the worst come to pass. That’s why I put together the Ebola Pandemic Survival Guide. It’s available right now on Amazon for only 99 cents. Click here now to claim your copy.