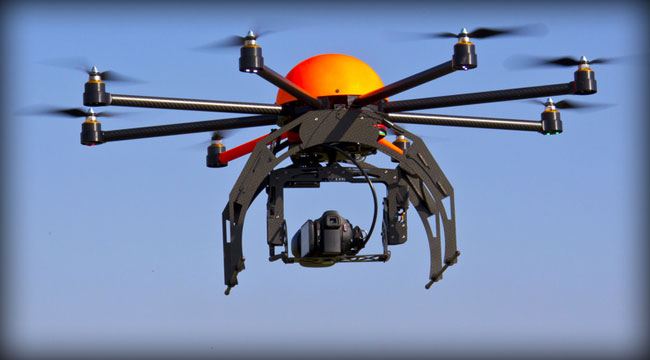 How Risk Takers Can (Still) Conquer the Debt Crisis

For the last 18 months, we’ve been wrestling with a conundrum: How is it that the U.S. energy industry is unlocking vast new stores of oil and gas… and the U.S. biotech industry is discovering how to turn back our biological clocks… at the same time Washington is setting new debt records and Wall Street is back to its old pre-2008 tricks?

Months ago, we made this “Tale of Two Americas” the central theme of the 2013 Agora Financial Investment Symposium, scheduled for this July in Vancouver. As part of our pre-conference research, we were compelled to track down Chris Anderson, former editor of Wired, to talk with him face to face at the SXSW Interactive Festival — an offshoot of the annual South by Southwest gathering in Austin, Texas.

After speaking with him, it was clear that the future Anderson envisions is about opening the doors of entrepreneurship to anyone with a little imagination and an Internet connection.

It’s not only the “next big thing.” We daresay it’s the only thing that can overcome the crushing burden of debt that still looms like a snow ledge over the next generation of Americans. “Any genuine recovery in America,” we wrote in 2011, “will be led by entrepreneurs who generate new ideas and create new jobs.”

Enter Anderson’s new industrial revolution: “Transformative change happens when industries democratize,” he writes in his book Makers: The New Industrial Revolution, “when they’re ripped from the sole domain of companies, governments and other institutions and handed over to regular folks. The technology to create and design new products is available to anyone today. You don’t need to invest in a massively expensive plant or acquire a vast workforce to turn your ideas into reality. Manufacturing new products is no longer the domain of the few, but the opportunity of the many.”

Chris Anderson has taken a roundabout journey to becoming the apostle of what’s now known as the Maker movement.

He was a college dropout and punk rocker who paid the bills working as a bicycle messenger. Then he went back to college, applied himself and earned a degree in computational physics from Berkeley. He began writing and editing for the scientific journals Nature and Science. Then he turned to general interest media, working a seven-year stint at The Economist, including a three-year assignment in China.

In 2001, he became the editor of Wired, the magazine that’s covered cutting-edge technology and its impact on the broader culture for the last two decades. He chronicled the Maker movement from its earliest stages. And over the last several years, he transformed from an observer to a participant to a leader of the movement.

An inveterate tinkerer, Anderson’s own foray into entrepreneurship began inauspiciously — in an utterly failed effort to entertain his kids one weekend in 2006.

“One Friday, in the Wired offices, two boxes arrived,” he told us when we caught up with him at SXSW. “One was the brand-new Lego Mindstorms NXT 2006 kit, and the other one was a radio-controlled model airplane.”

The Lego robot — a three-wheeled thingy — was a bust. “It moved forward until it saw a wall and then it backed up.”

The plane fared no better. “I flew it straight into a tree… because I suck at flying.”

But that was just the beginning. And he got to thinking…

“What if we could build a Lego thing that will fly the plane?” he wondered. “I bet the Lego could have flown the plane better than I could have, and that would be cooler than this three-wheeled thing that bounces off walls.”

In the end, he used some of the other parts that had arrived that Friday, and built a crude autopilot. When all was said and done, Anderson and family had concocted the first Lego drone, which now sits in the Lego museum in Denmark.

His do-it-yourself drone experiment in 2006 became a website in 2007 called DIYDrones.com, and then became a company called 3D Robotics in 2009, selling both ready-made drones and drone kits for hobbyists. It has 70 employees in San Diego and Tijuana. Last year, the firm broke $5 million in revenue; this year, the figure is set to double. Anderson has quit the day job at Wired.

“What we sell are personal drones,” Anderson told us during our interview this spring.

“We don’t sell to the military; we don’t sell to the government; we sell to regular people. And we hope that they will find applications and, in a sense, recontextualize what drones are for, at least the public perception; from military weapon to useful tool that we see every day doing something nonthreatening.”

Anderson points to earlier technologies pioneered by the military-industrial complex. “We the people figured out what the Internet is for. Originally a military network, now it’s something that we all control. We the people will figure out what this kind of robotics is ultimately for, and hopefully, 10 years from now, we’ll forget it was ever a military technology.”

This trajectory, he suggests, is common to all new technologies. “When the computer was first in the popular consciousness, there was this issue with Big Brother. When the Internet was first deployed, it was going to be used by big companies to enslave us. 3-D printing is another example. Right now you say 3-D printing and invariably, people will say, ‘What if people print guns?’

“This is just a phase. Drones started in the military, and they’re being used to kill people. So it’s very easy for people to project to that same terrifying vehicle over our own skies, and that’s almost certainly not going to happen. When we hear about a new technology, we tend to quickly jump to the worst, scariest applications. Only once we’re overwhelmed by this flood of nonscary applications do we start to see it as it really is.”

P.S. New and exciting applications for existing products are often the best features of innovative technology. “What else can this do?” is a question any good entrepreneur constantly asks himself.

Readers of the Daily Reckoning email edition had a unique opportunity to take advantage of one such multi-application technology that’s set to make early investors incredibly wealthy. If you’re not getting the free Daily Reckoning email edition, you’re not getting the whole story. Don’t miss your next opportunity at life-changing wealth. Click here now, and sign up for free.