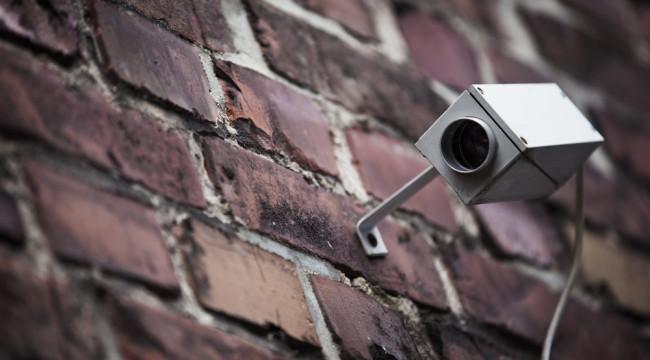 How Much Surveillance Can We Accept?

Three months after Edward Snowden’s leaks began to reveal the extent of the U.S.’ mass surveillance program, “serious people” are beginning to make the case that it’s time for the outrage and indignation to subside and give way to a “national conversation” about the future of surveillance. So has the moment come for us to consider how much surveillance we can accept?

The national debate we’re supposed to have is routinely framed as one about choosing how much privacy and liberty to give up in exchange for security, not about whether such a trade-off is necessary at all.

“It’s important to understand that you can’t have 100% security and then have 100% privacy and zero inconvenience. We’re going to have to make some choices as a society,” President Obama has said. And echoing him, former NSA director Michael Hayden last month said, “The question is how much of your privacy and your convenience and your commerce do you want your nation’s security apparatus to squeeze in order to keep you safe. And it is a choice that we have to make.”

But do we really have to make that choice? When he was running for president, Obama criticized the Bush administration for “putting forward a false choice between the liberties we cherish and the security we provide” when it came to illegal wiretapping. Civil libertarians tend to agree with Sen. Obama, which is why we have not been interested in engaging in compromise. Instead, we’re more interested in addressing the abuses that have been revealed, and in ending the bulk collection of data, as Reps. Amash and Conyers and Sens. Wyden and Udall have suggested.

“Suggesting that all secrecy is bad is plainly naive,”

To many in the intelligentsia, though, those are not “serious proposals” worthy of our “national conversation.” Because civil libertarians won’t play within the liberty-versus-security frame, we are called to task for not being constructive or for being naive.

TheWall Street Journal recently editorialized in frustration that the NSA’s declassification of FISA Court opinions did not lead civil libertarians to engage in a debate about better ways to conduct oversight of the surveillance program, but merely to engage in more bellyaching. The Journal went on to argue that the NSA “can police itself” and that the courts should be removed from FISA oversight altogether (a proposal, by the way, that does fit within the liberty trade-off frame). It concluded in exasperation, “Or let’s hear a better proposal from the left-right anti-surveillance coalition, or even an idea.”

Probably the most thoughtful argument for moving past the question of whether we should have mass surveillance programs, and instead focusing on the question of how they are to be run, comes from Thomas Rid, a reader in war studies at King’s College London and author of the excellent new book Cyber War Will Not Take Place.

“Suggesting that all secrecy is bad is plainly naive,” Rid recently wrote in Slate. “Instead, there is a moral case to be made for open democracies to have the most capable intelligence agencies, operating lawfully with robust oversight mechanisms. No liberal mind can want the NSA to sit in Beijing or Moscow.”

The NSA may have overstepped its bounds, Rid concedes, but that’s an argument for better oversight, not for shutting down bulk data collection altogether, which would hand over an advantage to the U.S.’ geopolitical rivals. And if we’re going to have a signals intelligence capability that necessarily implicates domestic data, that means we must have a debate not about its existence, but about its reach.

“Spies cannot drive this debate. Neither will governments, for fear of stoking a fire and provoking even more revelations,” Rid argues. “It is, therefore, the responsibility of intellectuals and public experts to add balance and nuance to a shrill debate.”

In that spirit, Rid recently asked me: Assuming for a moment that we are, indeed, going to have a mass surveillance program at the end of the day, what would it take to get libertarians to engage in a serious discussion of its reach? I told him it would take at least two things.

First, there would have to be consequences for those who abused our trust. For example, director of national intelligence James Clapper point-blank lied to Congress and the American people, and yet he hasn’t been fired. If the DNI can lie to Congress and get away with it, what is the point of debating the kind of oversight to which he will be subject?

The same goes for NSA Director Keith Alexander, who has presided over an agency that has engaged in systematic illegalities and has misled courts, Congress, and the American people about those abuses. As long as these men remain unpunished, civil libertarians will have little faith that a system of oversight can work.

Second, before civil libertarians can be expected to consider compromise, they will have to believe that their interlocutors, especially in the administration and the NSA, are operating in good faith. As it is, we were deceived about the existence and extent of these programs, so why should we trust the president’s sincerity when he says that he “welcomes the debate”? Indeed, he’s continued to give us every reason to question it.

How can we be expected to engage with a president that promises to convene an independent panel of “outside experts” to review the government’s surveillance programs and then proceeds to stack it with insiders? And how can we trust that very panel when at its first meeting it segregates civil libertarians from other interested parties and then only some panel members attend the separate meeting?

Maybe there is a case to be made that abolishing bulk data collection outright is against our national interest and that we need to figure out how to efficiently trade privacy for security, subject to robust oversight. But until there are good reasons to trust both the oversight mechanisms and the processes for their formulation, “serious people” can’t seriously expect civil libertarians to entertain the idea.

Jerry Brito
for The Daily Reckoning

Ed. Note: Like it or not, government spying isn’t going to stop… regardless of what those in power might promise. Best defend your personal liberty in any way you can. Get all the facts. Stay informed. Sign up for Laissez Faire Today, for free, and make sure you stay one step ahead of the idiots in Washington. Along with your free subscription, you’ll also get specific opportunities to learn how to safeguard your wealth from the long arm of the government, no matter how much it tries to take from you. It’s a must read for any liberty-minded individual. And it’s completely free. Sign up, right now.

Jerry Brito is a senior research fellow at the Mercatus Center at George Mason University, and director of its Technology Policy Program. He also serves as adjunct professor of law at GMU.