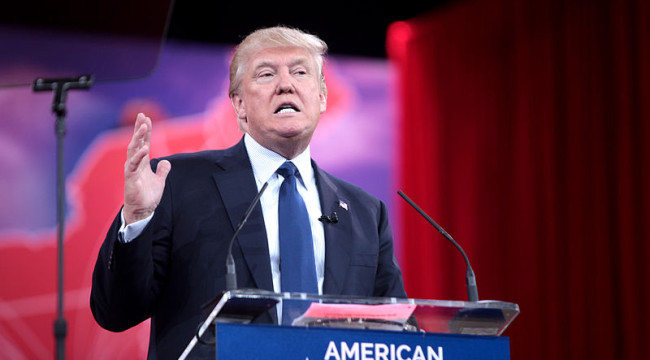 The wind is blowing hard… dark clouds race across the sky… trash bags tumble down the main street.

“This is tornado weather,” said a local resident. “You better be ready to run.”

Meanwhile, in the stock market, prices went down and then back up, ending the day up 53 on the Dow.

Commentators in the press said the turnaround was the result of news from the oil industry.

“Oil pulls out of dive…” was the start of a headline in USA Today.

Last year, when oil was in the $50 range and diving, rising oil prices would have been regarded like a visit from Count Dracula on a stormy night.

Expensive fuel sucked the blood out of the consumer economy, said the experts.

Now, by some magic, oil is only half of last year’s level, but the rising price of oil is considered good news.

At the Diary, we never believed that a falling oil price was “good,” and now we don’t believe a rising price is “good.”

Prices are neither good nor bad; they are only true… or false.

True prices are like real friends. They tell us the truth, even when it is unpleasant. They give it to us straight – the bid and the offer… the supply and the demand… the give and the take…

“You better ease up on the drinking,” they might say.

“If I were you, I wouldn’t put all my money into that deal,” they might advise.

But true prices need true money. And when you can create credit out of thin air… and use it like money… you don’t know what anything is worth.

In our modern fiat-money-driven economy, prices – especially the price of credit – lie. They flatter you. They trick you. They build you up… just to see you fall down. Pretty soon, you’re dying your hair and running off with your secretary…

Which brings us back to where we left off yesterday… at the dervish known as Donald J. Trump.

Our guess is not that Trump is a phony but that he doesn’t know what he is.

No one is really a “self-made man.” Circumstances shape us all.

Napoleon, had he been born in the 20th century rather than the 18th century, might have run a hedge fund. Catherine the Great might have had a show at Vegas. Sir Isaac Newton might have launched a killer app.

The Donald had the good fortune to be born at the right time and the right place. He is the third generation in a family of successful builders. And he began his career at the beginning of the biggest real estate boom in New York history.

But why was there a boom in the first place?

Why is the Grand Hyatt, formerly the Commodore Hotel, worth so much more today than when Trump got an option to buy it for $10 million?

And why is The Donald so damned rich?

We’ll come back to that…

Trump is hero to the guy who drives a pick-up, the fellow who runs a small business, and the homeowner who tries to make ends meet… All of them vote for Trump.

They know the game is rigged. They don’t know how it works… but they see Trump as man enough to do something about it.

He is the champion of all the “losers” – mostly working-class men, left behind by globalization, financialization, and technology. They haven’t had a real pay increase in 40 years. And all those jobs the Obama administration says it has created? They all went to immigrants!

“Don’t believe those phony numbers,” he says of the feds’ unemployment delusions, following up with his own delusions immediately. “The number’s probably 28%, 29%, as high as 35%.”

What about competition from immigrants and foreign suppliers?

We pause to note that trade walls got a bad reputation after Smoot met Hawley.

In June 1930, Senator Reed Smoot and Representative Willis C. Hawley jacked up tariffs to record levels on more than 20,000 imports into the U.S.… and helped to bring about the Great Depression.

But heck, there are a lot of ways to bend prices: Restrict sellers from offering their products. Block working people from offering their labor. Create a money system based on credit from the banks. Enact regulations… requirements… ZIRP… NIRP… minimum wages… price setting commissions… you name it.

What leads us to focus on Trump is that he is the most artful scalawag in American politics. The rest – Cruz, Rubio, Clinton, et al – are obviously on the make. They use bombast, lies, and pandering to get ahead. Mr. Trump already is ahead. He doesn’t have to lie or pander. And bombast? You can’t blame a tiger for his stripes!

Besides, he is right: The system is corrupt. And he knows it as well as anyone.

Trump does not need to take bribes. He’s a rich guy. Instead of taking bribes, he bribes others. He is not bought; he buys.  The Clintons came to HIS wedding, he points out.

But probably unbeknownst to him, he is beholden to Deep State finance, too. He borrowed phony dollars. He bought. He built. Then, as his buildings rose in value, he had more collateral, so he was able to borrow more.

And more. And more. He was using the Fed’s cheap credit to finance real estate in the heart of the financial world.

Now, he looks in the mirror and sees a genius, with collateral worth $10 billion more than his loans. A self-made billionaire, he’s proof that you can still make it big in America if you are ballsy enough.

He’s smart. He’s brash. He’s successful. But he didn’t make himself great. The credit system did. And it can break him, too.

In the coming tempest of a credit contraction, even a great real estate empire could be swept away.