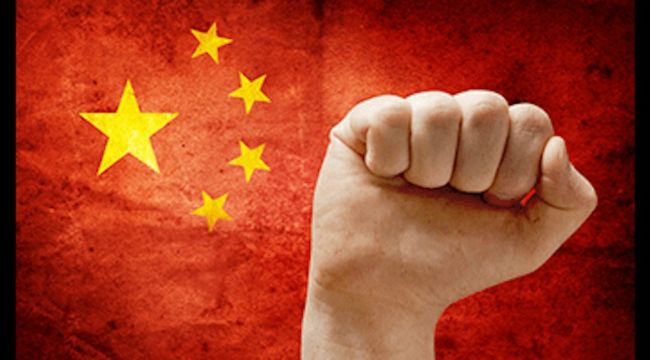 Most investors recall how the global financial crisis of 2008 ended. Yet how many recall the way it began?

The crisis reached a crescendo in September and October 2008 when Lehman Bros. went bankrupt, AIG was bailed out and Congress first rejected and then approved the TARP plan to bail out the banking system.

The bank bailout was greatly magnified when the Fed’s Ben Bernanke and other bank regulators guaranteed every bank deposit and money market fund in the U.S., cut rates to zero, began printing trillions of dollars and engineered more trillions of dollars of currency swaps with the European Central Bank to bail out European banks.

This extreme phase of the crisis was preceded by a slow-motion crisis in the months before. Bear Stearns went out of business in March 2008. Fannie Mae and Freddie Mac both failed and were taken over by the government and bailed out in June and July 2008.

Even before those 2008 events, the crisis can trace its roots to late 2007. Jim Cramer had his legendary, “They know nothing!” rant on CNBC in August. Treasury Secretary Hank Paulson tried to bail out bank special purpose vehicles in September (he failed). Foreign sovereign wealth funds came to the rescue of U.S. banks with major new investments in December.

Yet even those late-2007 events don’t trace the crisis to its roots.

For that you have to go back to Feb. 7, 2007. On that day, banking giant HSBC warned Wall Street about its Q4 2006 earnings. Mortgage foreclosures had increased 35% in December 2006 compared with the year before. HSBC would take a charge to earnings of $10.6 billion compared with earlier estimates of $8.8 billion.

In short, the 2008 financial crisis began in earnest with a February 2007 announcement by HSBC that unforeseen mortgage losses were drowning the bank’s earnings. At that time, few saw what was coming. The warning was considered to be a special problem at a single bank. In fact, a tsunami of losses and financial contagion was on the way.

Is history about to repeat? Is HSBC about to lead the world into another mortgage meltdown?

Of course, events never play out exactly the same way twice. Any mortgage problem today does not exist in the U.S because mortgage lending standards have tightened materially including larger down payments, better credit scores, complete documentation and honest appraisals.

HSBC’s mortgage problem does not arise in the U.S. — it comes from Hong Kong.

Almost overnight, Hong Kong has gone from being one of the world’s most expensive property markets to complete chaos. The social unrest and political riots there have generated a flight of capital and talent. Those who can are getting out fast and taking their money with them.

As a result, large portions of the property market have gone “no bid.” Sellers are lining up but the buyers are not showing up. At the high end, owners paid cash for the most part and do not have mortgages. But HSBC has enormous exposure in the midrange and more modest sections of the housing market. 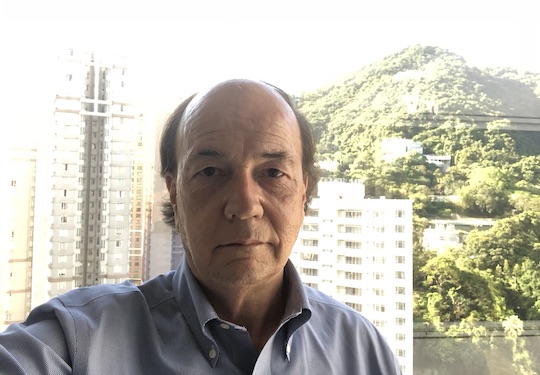 Your correspondent during my most recent visit to Hong Kong. Behind me are the hills of Hong Kong leading up to “the Peak,” the highest point in Hong Kong. Homes on the hills below the Peak are among the most expensive in the world. Due to recent riots, they are in danger of becoming “stranded assets” with no buyers due to capital flight and fear of worsening political conditions.

It’s important for investors to bear in mind that mortgage losses appear in financial statements with a considerable lag once the borrower misses a payment. Grace periods and efforts at remediation and refinancing can last for six months or more. Eventually, the loan becomes nonperforming and reserves are increased as needed, a hit to earnings.

Property price declines and mortgage distress that started last summer as the Hong Kong riots worsened will not hit the HSBC financials in a big way until early 2020. The HSBC stock price may be floating on air between now and then. But the reckoning with a burst bubble in Hong Kong will be that much more severe when it hits.

Another threat to the HSBC stock price comes from Fed flip-flopping on monetary policy. Throughout 2017 and 2018, the Fed was on autopilot in terms of raising short-term interest rates and reducing the base money supply, both forms of monetary tightening.

Now the Fed may be ready to flip-flop again. In their October 2019 meeting, the Fed’s FOMC indicated that rate cuts are on hold. This means that short-term rates may stop falling, but longer-term rates will continue to fall for other reasons including a slowing economy. The yield curve may invert again. This is a negative for bank earnings and a bearish signal for bank stocks including HSBC.

Will history repeat itself with a mortgage meltdown at HSBC leading the way to global financial contagion?

Right now, my models are telling us that the stock price of HSBC is poised to fall sharply.

This is due to the anticipated mortgage losses (described above), but also to an inefficient management structure, repeated failures to reform that structure and management turmoil as a new interim CEO, Noel Quinn, attempts to repair past blunders without the job security or support that comes with being a permanent CEO.

When Noel Quinn accepted the job of interim chief executive of HSBC in August, he had one condition. He told Chairman Mark Tucker he did not want to be a caretaker manager who would keep the bank chugging along until a permanent successor was appointed, according to people briefed on the negotiations.

Instead, Mr. Quinn, a 32-year veteran of HSBC, has embarked on a major restructuring of Europe’s largest bank.: He wants to rid the lender of its infamous bureaucracy while reducing the amount of capital tied up in the U.S. and Europe, where it makes subpar returns. To do so, he will have to slash thousands of jobs.

Investors are understandably skeptical. This is the third time the bank has attempted a big overhaul in a decade, following similar efforts in 2011 and 2015. But returns still lag behind global peers such as JPMorgan despite HSBC’s unparalleled exposure to high-growth markets in Asia, which accounts for about four-fifths of profits.

The stock has declined 11% in a year when stock markets were rallying robustly. Most of the drawdown occurred in August and was a direct response to the worsening political situation in Hong Kong.

While this drawdown is notable, it mostly reflects political anxiety and is not reflective of the mortgage losses that are just beginning to enter the picture. Once the reserves for mortgage losses are expanded to meet the rising level of nonperformance, look out below.

So I repeat the question: Is HSBC about to lead the world into another mortgage meltdown?