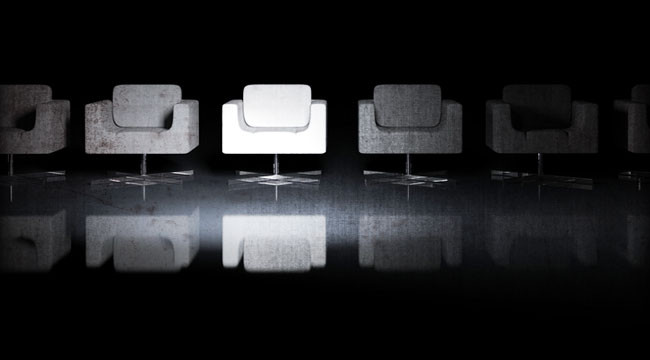 Honest Politicians... And Other Oxymorons

Can we at least agree that the American people deserve the truth? That governing ourselves requires getting accurate information from the people we elect? That their function is to represent us? And that they have no right to lie or mislead?

Opposing mendacity ought to be a no-brainer.

What I see instead is a mainstreaming of the notion that it isn’t a big deal for a political candidate, an elected official, or an appointee to lie or deliberately mislead.

People in government mislead us so reliably that presuming the truth of their statements would be folly.

President Obama knew that his rhetoric about the Affordable Care Act was misleading and that many people who bought insurance on the individual market would be forced to get new policies when Obamacare made their policies illegal. The Chicago Tribune’s Clarence Page thinks that Obama knowingly lied, but he isn’t that upset about it, because “that’s one of those political lies, you know.”

Director of National Intelligence James Clapper lied to Congress about NSA surveillance while under oath. He was not forced to resign his post, let alone prosecuted, and in some circles more ire has been aimed at the man questioning him.

Dick Cheney remains widely respected among Republicans despite repeatedly deceiving Americans about the threat Saddam Hussein’s Iraq posed to the United States. In interviews, mainstream media figures continue to give his words the same presumption of truth extended to people who’ve never misled as he did.

Bill Clinton lied under oath and in a finger-wagging statement to the American people. He is, nevertheless, one of the most trusted political figures in the United States today.

There are important ways in which every lie or misleading statement is not equal. If we look at the consequences of every Bush administration misdirection prior to the Iraq War — a multitrillion-dollar conflict that killed 5,000 Americans and tens of thousands of Iraqis — their deceit was orders of magnitude more damaging than, say, Clinton and his allies subverting a sexual-misconduct lawsuit while under oath.

But there is one way in which all lies government officials tell are alike: To different degrees, they all subvert self-government by depriving Americans of accurate information as we make political judgments. They all diminish an almost depleted store of trust that’s needed for functional governance.

Mendacity doesn’t imply the rightness of any particular response to it. I wouldn’t have supported impeaching Dick Cheney because of his statements on Iraq (his role in torture is another question), nor do I think the Clinton impeachment was prudent, though I’m glad he was stripped of his ability to practice law after he left the White House. I’d like to see Clapper fired and prosecuted for perjury. Other people have reached different judgments on all of these questions. Maybe they’re right.

What I worry about are the world-weary pundits and partisan apologists who can’t even be bothered to condemn Obama-era falsehoods, deceitful Cheneyesque fear-mongering, or Clintonian parsing with any vigor or consistency. The biggest predictor of whether someone even complains about untruths is whether the deceit in question advances or impedes an end they favor. Getting upset in principle at lies told by political allies is a rarity. Almost no one regards proven liars as having shamed or discredited themselves. The attitude is, “It’s all in the game.”

But necessity hasn’t actually forced this posture upon us. People in government mislead us so reliably that presuming the truth of their statements would be folly. Dogs steal food reliably too. We still summon our angry voice, retrieve ill-gotten gains, and put the dogs in the corner. If we stopped, if the cost of bad behavior decreased or disappeared, transgressions would only get more frequent and brazen.

Journalists in particular are supposed to be champions of the truth. Our job is bringing it to the public. People in power who lie ought to be our sworn enemies, and we should resist at every opportunity a norm in which official lies are normalized.

That doesn’t mean that all lies shouldn’t be reported on as if they are equally important.

But neither should politicians be absolved so long as they’re perceived as being less untruthful than a predecessor or someone from another party. The ideal of full truthfulness is unattainable. It is still worth pursuing and retaining as a standard.

History ought to remember Bill Clinton, in part, as a liar.

History ought to remember the role Bush-era deception played in Iraq, torture, warrantless spying, and other policies besides. And if journalists belatedly pursue the most prudent course, tomorrow’s historians will remember the moment in 2013 when the media began to rebel against the egregiously misleading statements of the Obama era.

Our ability to govern ourselves is undermined when Clapper lies about surveillance, when Gen. Keith Alexander misleads about NSA activities abroad, when Obama misleads in the course of defending his health care proposal, and when Sen. Dianne Feinstein suggests absurdly low-ball estimates of innocents killed in drone strikes. There are many more examples of objectionable lies, untruths, and propaganda efforts, but aren’t the ones listed enough to raise general alarm?

Earlier this year, former Rep. Anthony Weiner, who resigned his seat in a sexting scandal, got caught in a lie about when his behavior stopped. The political press and the public hounded him relentlessly for his deceit. Every statement he made was parsed, journalists treated him as though he’d forfeited the presumption that anything he said was true, and he wound up as thoroughly disgraced as he had during the original crotch-shot news cycle.

Wouldn’t America be better off if the fervor for truth and shaming of liars that characterizes our sex scandals were applied to surveillance, torture, kids killed by drones, landmark legislation affecting a fifth of the economy, and matters of similar importance? It wouldn’t keep politicians honest. But it would keep them more honest.

Ed. Note: Politicians lie. That’s just what they do. And trying to keep them honest will be difficult, if not downright impossible. But that doesn’t matter… If you have all the facts and stay informed, you can cut through the political B.S. and protect yourself. That’s what the Laissez Faire Today email edition does for its nearly 100,000 readers every day. They’re staying ahead of the curve, and so should you. Sign up for FREE, right here, and find out what all the hype is about.

The Health Care Version of “Too Big to Fail”

Nomi Prins offers her analysis of the health care proposals to show why it morphed into another “too big to fail” catastrophe. Here’s why…