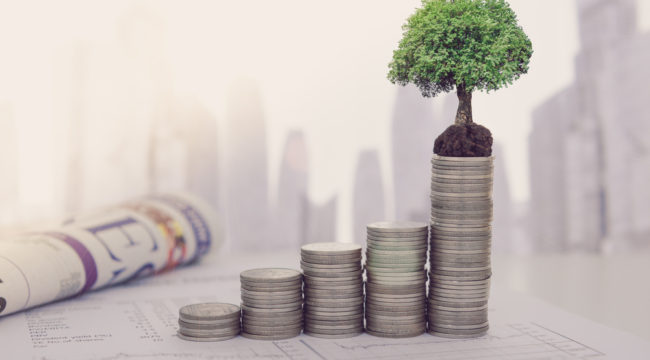 Hey! Look! Here I am! Over here! I’m back! (Sound of thunderous applause). Thanks! Wonderful to be here!

I know that you, like most people, are probably scratching your head quizzically, asking yourself “Who is this doofus who calls himself Mighty Magnificent Mogambo in the next paragraph, which doesn’t even make sense?

And who cares that he is back, which is not to mention why am I reading this stupid crap in the first freaking place?”

Or perhaps you are wondering “Where have you been all this lonely, lonely time, oh, Mighty Magnificent Mogambo (MMM), that you can now announce your triumphant return to the dispensing of wit and wonder about things such as, oh, I dunno, maybe, for example, how we are frantically screaming ‘We’re Freaking Doomed (WFD) because of all the absolutely INSANE amounts of money and the INSANE amounts of accompanying debt created by the evil Federal Reserve and all the other dirtbag central banks around the world’ all these many, many years?”

I am happy to answer your question, or to answer any question that is not “Do you always eat like a pig?” (Answer: no, not always).

The real answer is that I have been sort of sidelined, stupefied and stunned into some kind of “shock reaction” to heretofore unseen titanic seismic economic events concerning fiscal and monetary policy, the monstrous interplay of which I can only vaguely contemplate, but with a shudder.

Then, suddenly, out of nowhere, I was metaphorically slapped in the face (“Whack! Whack!”) by Mr. Butler when he revealed the alarming fact that the M2 Money Supply in 2000 was $4.673 trillion, and that today it is $13.386 trillion!

If my editorial use of an exclamation point in that last sentence did not serve to alarm you as it does other Junior Mogambo Rangers (JMRs) around the world and throughout the cosmos, then let me disabuse you of your laughable Pollyanna attitude by rudely pointing out that this is Something Really, Really Significant (SRRS)!

And the exclamation point is to, well, you know.

Anyway, then Mr. Butler, perhaps to make sure of our complete comprehension despite being already alerted by my clever and judicious use of exclamation points in the paragraphs above, goes on “imagine that if you will!”, which is a sentence fragment, replete with his exclamation point, that I lift wholesale so that one can be fully prepared to get to the following factoid that (drum roll, please) this is “a 186% increase in Money Supply here in the U.S. in 16 years.”

In case your blood has not immediately turned to a corrosive, ashy slurry congealing icily in your veins, I laboriously make the necessary calculations (by, first, tracking down some guy who remembers how to figure this stuff on an HP12C) only to discover, to my horror, that this means that the money supply has been increasing at 6.4 % per year!  Yikes!  Per Freaking Year (PFY)!

Yet, yet, yet, this is when GDP growth has been less than a quarter that!  Yikes! Yikes, Yikes! No wonder that the velocity of money has been slowing!

The screeching terror and disgusting flecks of spittle flying out of my mouth are easily explained by the simple, ugly fact that inflation in the money supply necessarily means inflation in prices!!!

By this time, you know what three exclamation points mean, I am sure.

And how much debt has sprung from this poison fount of fiat currency? Egon von Greyerz of Matterhorn Asset Management AG writes that “global debt going from virtually zero one hundred years ago, to $230 trillion today.

Within this astronomical figure is personal debt that cannot be repaid and government debt that will not be repaid. In addition there are unfunded liabilities and derivatives in the quadrillions.”

And with the GDP of The Whole Freaking World (TWFW) added together being somewhere around $80 trillion, the paltry lower figure of $230 trillion is (gulp!) almost 300% of GDP!

And, closer to home, let’s not forget about a towering $20 trillion national debt, or our massive $500 billion per year trade deficit, or the staggering $1.3 trillion in annual federal spending deficits!!  More yikes, as handily indicated for your convenience by the use of two exclamation points!

And let’s not forget all about those three overpriced, highly-leveraged markets.

Tens of trillions of dollars could be lost from these never-seen-before, nosebleed market valuations going down, and STILL be above real, long-term value!

This means that everyone involved (which is you, me and everybody else with two dimes to rub together, whether they like it or not) is, or should be, absolutely fixated on making sure, sure, sure that nothing, nothing, nothing bad happens to the stock, bond and housing markets due to a pesky, yet easily-remedied, insufficient supply of new money with which to continually bid prices higher and higher.

And now we know why President Trump has surrounded himself with a lot of people associated with Goldman Sachs (“The vampire squid”) and the financial services industry, who have apparently always proven more than willing to do secret, slimy, corrupt things so that they reap the benefits of the inflation in asset prices, using money that the evil Federal Reserve creates, which causes the inflation in prices in the First Freaking Place (FFP)!

And with a fiat currency, a willing Congress and a complicit evil Federal Reserve making it all possible, it seems more and more obvious that Many, Many More Trillions Of Dollars (MMMTOD) will be created in the years ahead, and that things you buy are going to get much more expensive.

So forget about picking those strange flowers, Gilligan! Make it easy on yourself, and go back to an earlier episode where you were mining gold and silver on that eponymous desert isle, finding huge nuggets which you were easily digging out of loose sand with a makeshift shovel made out of a lousy tortoise shell, for crying out loud.

Because history has shown that the value of gold and silver always survive such monetary insanities, especially the insane Keynesian jibber-jabber that currently holds the world’s monetary system captive, and is directly responsible for the bankrupting mess we are in.

So, back to gold and silver, Gilligan.

And maybe get that adorable Mary Ann to help you, perhaps prancing about as a delightful diversion from the ugly backdrop of a world descending into an economic hell about which not even Dante dared to write.

Soon enough, you will be agreeing with me that “Whee! This investing stuff is easy AND pleasant!”