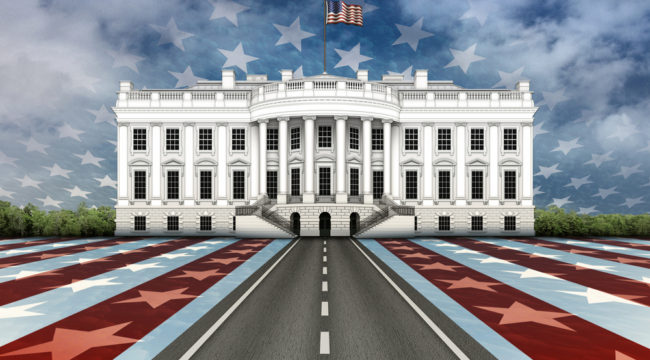 Hillary, Trump and the “Deep State”

We had the presidential debate of the century this week…

Marxist hacks in the mainstream media declared Clinton the winner. The alt-right media called it for Trump. I scored it a tie, with the country as the ultimate loser.

That’s my libertarian heart talking, because I heard nothing on Monday about expanding free minds and free markets to actually produce more American dynamism and growth. But there was one major development on Monday that has the media in an uproar. It was a bold move by Trump that we’ve never seen before at a presidential debate…

Trump made debate headlines with his point-blank attack on Janet Yellen and the Fed:

Trump believes the Federal Reserve is keeping interest rates low to help the economy look good under Obama and for his heir apparent, Clinton. And he’s right. This isn’t the first time Trump has lambasted Yellen & co.

Last month, he said, as reported by CNNMoney, “that Yellen should be ‘ashamed of herself’ for keeping interest rates low and creating a ‘false stock market.’” He was right there too.

The big difference is this time, his message wasn’t delivered to thousands of his supporters in a concert hall. It was broadcast to some 85 million Americans, one of the largest TV audiences in history.

For the first time in a presidential debate, a candidate called out the Fed as a political operator. Now it’s out there on the front pages. Many Americans who don’t follow the Fed have now heard about it in a negative light.

And it’s this kind of exposure that scares the hell out of the Deep State.

Predictably, Deep State enablers in mainstream media came out in force against Trump’s dressing down of the Fed. CNBC, CNN, MarketWatch, The New York Times and The Washington Post are just a handful of outlets that rushed to the Fed’s defense.

Their proof that the Fed isn’t taking sides? Its charter says it’s not supposed to. And Yellen said it isn’t. Now, there’s an airtight case if I’ve ever seen one.

Look, the Fed is the Deep State’s banker. The Deep State can’t function without it. Whenever there’s a crisis that threatens elite interests, the Fed opens up the monetary spigots to “help.”

This flood of cheap money does “special” things like allow the military-industrial complex to fund excursions in far-off lands, leaving millions dead and America no more secure. And it’s transferred trillions of dollars from hardworking savers on Main Street to Wall Street speculators, who then funnel chunks of that money right back into the Clinton campaign to keep the gravy train rolling.

It’s clear the elites are making out like bandits on cronyism to the moon. But the Average Joe isn’t so lucky. Consider this…

After 2008–09 financial crisis, the Fed dropped short-term interest rates to zero to try to “stimulate” the economy. After roughly eight years of this insanity, the labor participation rate is at an all-time low. The middle class is crushed. And we have economic growth of a measly 0.7%.

The system stinks. The American people know it deep in their bones. And the Fed is a massive part of the problem.

Like him or not, Trump had the stones to be the first presidential debate participant to ever say it.

That’s the real story of round one of Trump vs. Clinton.