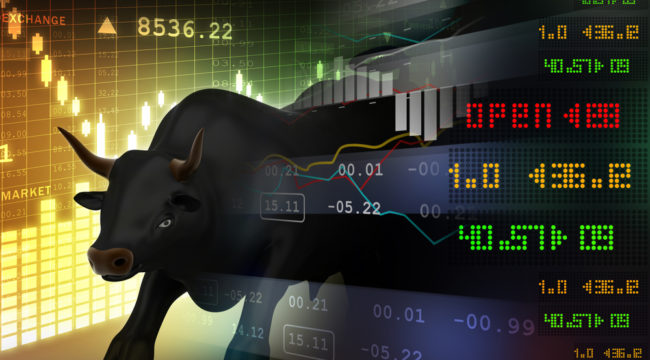 The Hidden Danger Bulls Are Missing

Bull markets in stocks seem unstoppable right up until the moment they stop. Then comes a rapid crash-and-burn phase.

Is there ever any warning that a collapse is about to happen?

Of course there is. Analysts warn about it all the time and provide mountains of data and historical evidence to back up their analysis. The problem is that everyone ignores them!

You can talk about the dangers represented by CAPE ratios, margin levels, computerized trading, persistent low volatility and complacency all you want, but nothing seems to slow down this bull market.

Yet there is one thing that can stop a bull market in its tracks, and that’s corporate earnings.

The simplest form of stock market valuation is to project earnings, apply a multiple and, voilà, you have a valuation. Multiples are already near record highs, so there’s not much room for expansion there.

The only variable left is projected earnings and that’s where Wall Street analysts are having a field day ramping up stock prices. Earnings did grow significantly in 2017 on a year-over-year basis, but that’s mainly because earnings were weak in 2016, so the year-over-year growth was relatively easy.

How do you expand earnings again in 2018 when 2017 was such a strong year? Wall Street just uses a simple extrapolation and says next year will be like this year, only better! But there is every reason to doubt that extrapolation.

This is from a recent Bloomberg article:

Ominously, Weekly Leading Index growth turned down early this year and is now at a 79-week low. Such cyclical downturns have historically telegraphed [growth-rate cycle] GRC downturns. That shows very clearly that economic growth is about as good as it gets and that a fresh growth slowdown may be on the way…

Over time, we find that stock price corrections — big and small — have historically clustered around GRC downturns. In other words, the risk of corrections rises around economic slowdowns…

Today, there are rising rates, with quantitative tightening about to begin. This will take place during an economic slowdown, implying a likely downswing in corporate profit growth, delivering a proverbial one-two punch.

Earnings are likely to fall short of expectations, which can lead to a correction. Once that happens, multiples can shrink as well. Soon you’re in a full-scale bear market with stock prices down 20% or more.

That’s without even considering a war with North Korea and all of the dangers others have already mentioned. This may be your last clear chance to lighten up on listed equity exposure before the bubble bursts.