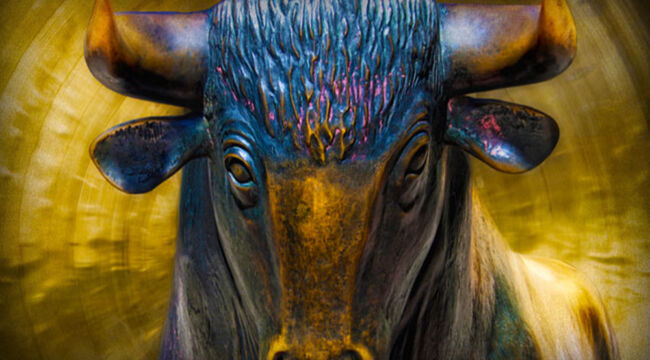 The good news: this bull market will run for months and months.

The bad news: stock gains will be lean. The lion has already taken his bites.

This is the studied conclusion of crack financial journalist Mark Hulbert. He has ransacked market history and interrogated the data.

Stock market rhythms stretching to 1900 inform him that:

This bull market’s strongest gains are behind us. That’s the conclusion I reached upon analyzing all U.S. bull markets since 1900. The good news is that, assuming the future is like the past, the current bull market still has more months of life in store. The bad news is that the stock market’s gains during those months are likely to be far more modest than what we’ve gotten used to over the last 12 months.

Of course… we cannot assume the future will replay the past.

But for today’s purpose let us accept that history runs to rhymes — and that Mr. Hulbert has a discerning ear to hear them.

What level of gains can you expect during the bull market’s remaining life?

And when — precisely — does history begin its terrible rhyming?

That is, when does the bull market transition to bear market?

The answers you will have shortly.

The Dow Jones gained 53 points in today’s trading. But the S&P stumbled out of rhythm, losing 17 points.

And so ends a record run. The S&P ETF (SPY) had closed the day above its opening for 13 consecutive sessions.

That is its longest win streak since SPY debuted in 1993.

The Nasdaq also took a misstep today, off 138 points.

Before proceeding, we issue a request:

The poor fellow went the way of all flesh today, age 82.

And our ethereal sources inform us that St. Peter has denied him passage through heaven’s gate.

Peter’s goons roughhoused him into an elevator… and pounded the down arrow.

Please pray for his immortal soul. We hazard he will need it.

What gains might you squeeze from the stock market while the bull market runs? And when can you expect it to end?

The gap between stock market and economy presently spans to preposterous dimensions.

Asset prices as a whole run to 201% of GDP. That is, unsurprisingly, a record.

Money is flooding into stocks at a time when valuations are — by certain measures — the highest in history.

Here is a statistic that will glaze your eyes, drop your jaw and discombobulate your senses. Bank of America reports that:

More money has poured into stock funds within the past five months ($569 billion)… than the previous 12 years combined ($452 billion).

That is correct. More money has poured into the stock market within the past five months than the previous 12 years combined.

Impossible — but there you have it. Why the five-month deluge?

Against the Tide of Consensus

It’s less about irrational exuberance in the overall market, less about the 1999-2000 levels, and more about what’s the driver. The driver is clearly an explosion in economic activity that likely will have some earnings growth in its wake.

Our interpretation is rather less… bullish. And we remind you that “bull” does not refer merely to the animal itself.

We look instead to the Federal Reserve.

Within the space of one year it has ballooned its balance sheet — from a pre-pandemic $4.2 trillion — to a post-normal $7.7 trillion.

That is, its balance sheet has nearly doubled within one calendar year.

It explains much of the five-month spree.

The Final Piece of the Puzzle

But let us add an even larger piece to our puzzle: Stock buybacks.

Stock buybacks accounted for much of the stock market’s run since 2009.

Corporations suspended them during the hell days of the pandemic. But buybacks are back — with vengeance.

Buybacks rose to record heights in March. At the present rate, corporations will pour $900 billion into buybacks this year.

Buybacks Do Little for the Economy

Buybacks may benefit the stock market. But the economy?

Assume $900 billion of corporate money goes to buybacks this year.

That is $900 billion not going to improve products and services. That is, to vitalize the economy.

While the mainstream media hope all this cash will be flowing back into the economy, the reality is that it will primarily go to stock buybacks. Again, while not necessarily bad, it is the “least best” use of the company’s cash. Instead of expanding production, increasing sales, acquiring competitors, or making capital investments, the money gets used for a one-time boost to earnings on a per-share basis.

That is, the money goes to financial wizardry. It gives a mere illusion of profit.

It is a strategy that lives for today at tomorrow’s expense.

But when does the bull market stop? And what type of returns can you expect while it goes?

When the Bull Market Ends

Recall, financial journalist Mark Hulbert has scanned the market history tracing to 1900. In his words:

The general pattern is that bull markets typically are strongest right after they’re born: More than half of bull markets’ total gains are produced in their first 12 months, on average… Not counting the current one, there were 37 since 1900. Of them, nine — or 24% — didn’t make it to their first birthdays. The remaining 28 lived to be 2.7 years old and during them the DJIA gained a total of 93.9%.

When does the foregoing suggest the bull market ends?

If the current bull market is “average,” therefore, it will continue until November of next year — but produce only a modest gain from now until then.

Next November, he says. 19 months from today. Investors have a clear field in the meantime… if accurate.

Far Short Of the Past 12 Months

What stock market return should you expect through next November? A low one, based on today’s extreme valuations. Hulbert:

… since the stock market is overvalued currently according to any of a number of valuation measures, its expected return going forward is lower than average… But even if you don’t lower your expected return assumption because of overvaluation concerns… the expected equity return you should include in your financial plan… [is] still far short of what the stock market produced over the last 12 months.

You may take the morsel served here with spoons and spoons of table salt.

The bull market could run for years — or it may come to grief the day after next.