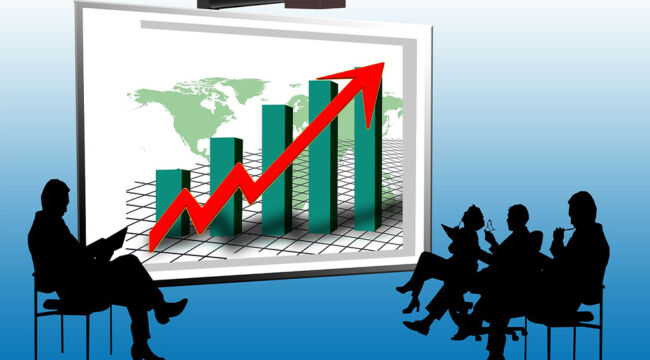 Touch off the rockets. Light the sparklers and raise a joyous toast…

For the experts have been proven correct — finally and for once. NBC News:

Price growth in the United States cooled in December as the economy continued to show signs of weakening. Inflation landed at 6.5% compared to the 12 months prior.

That figure was in line with analysts’ expectations, and a decrease from the 7.1% seen in November. On a month-to-month basis, inflation fell by 0.1% in December, in line with expectations.

NBC News refers of course to December’s consumer price report, dispatched this morning by the  United States Department of Labor.

6.5% inflation is handsome. Yet it is superior to November’s 7.1% inflation.

Have We Passed “Peak Inflation”?

We trust government statistics no more than we would trust a dog with our dinner — we believe the true inflation rate runs substantially higher than officially claimed.

The reduced rate offers many hope that inflation is losing its roar.

Within months, the optimists among us yearn, inflation will be back in its cage… an escaped tiger jugged at last after a fearsome spree.

Today’s CPI reading is another sign that inflation is heading in the right direction and indicates the peak is likely in the rearview.

Inflation is quickly moderating… I see nothing but good news in the report except for the top-line number: 6.5% is way too high.

Disinflation is gaining momentum as we enter 2023, giving the “all clear” for the Fed to ease off the rapid pace of monetary policy tightening.

The One Question on Everyone’s Mind

This Daco fellow cites the Federal Reserve. The question spilling from all lips today is… “How will the Fed react to today’s CPI report?”

Will Mr. Powell and mates back off? Or will they plow on with additional rate increases?

After all, 6.5% inflation is miles and miles away from its 2% target rate. The tiger, though losing some steam perhaps, yet runs at large. It has not been collared.

Mr. Daco has his answer — the Federal Reserve will back off. Yet not all are with him. Argues Bankrate’s Greg McBride:

The easing of inflation pressures is evident, but this doesn’t mean the Federal Reserve’s job is done. There is still a long way to go to get to 2% inflation… Despite the headline and core results meeting expectations, the broad-based improvement that needs to be seen to get inflation truly under control is still lacking.

The strength of housing in the core CPI and the benign jobless claims support the scenario of a 50-basis-point hike in the next meeting.

Not only are the numbers exactly in line with consensus expectations, but they don’t really clear up the 25-basis-point versus 50-basis-point question for the Fed’s February meeting and add nothing to the late-2023 Fed pivot debate either.

What is Mr. Market’s take?

He presently gives 96.2% odds of a 25-basis-point rate raising at the Federal Reserve’s February confabulation.

One month ago he was giving 35.1% odds of a 25-basis-point February increase.

Gazing further out, he gives strong odds of continued 25-basis-point hikings through May.

The consensus — therefore — is that the Federal Reserve will maintain its tightening grip through May. But it will remove some of the squeeze.

The 50- and 75-basis-point strangulations are over.

And by June? Mr. Market believes the Federal Reserve will commence his precious pivot… and begin depressing rates once again.

He presently gives 52.1% odds of a June 25-basis-point rate reduction. That is correct — not a standing still — but an actual reduction.

This he believes because he is confident the economy will soon enter recession — likely a severe recession — and it will be obvious even to the Federal Reserve.

They will therefore be compelled to execute the June aboutface.

This forecast, also incidentally, rhymes very nicely with our own. Our 2023 crystal-gazing revealed that:

The gathering recession will settle in during 2023’s first quarter… The economy will enter recession at one point during the first quarter — the second quarter at the very latest.

Even the Federal Reserve will be unable to miss the recessionary realities. It will then take to the straightabout… and reverse course. It will begin lowering interest rates — and at a clip.

What was the rock of our forecast, issued Jan. 5, and why did we say it?

For emphasis: The rate of money supply growth did not merely slacken. It collapsed into literal contraction — again, for the first occasion in 33 years.

By our lights this is a very significant straw swaying in the wind. It is a poor economic omen.

In support of our claim we conscripted Mr. Ryan McMaken of the Mises Institute:

The Odds of Us Being Right

You may of course ingest our estimations with truckloads, trainloads, boatloads of table salt.

They are for entertainment purposes only. Yet — in fairness it must be noted — the chance nonetheless exists that they will prove accurate.

It may be negligible, we concede. It may near zero. Yet it does exceed zero.

It stands roughly the same chance, we estimate, that President Joe Biden will be packed off to Leavenworth for illegally appropriating classified documents…

Or that a future President Donald Trump will pardon him…