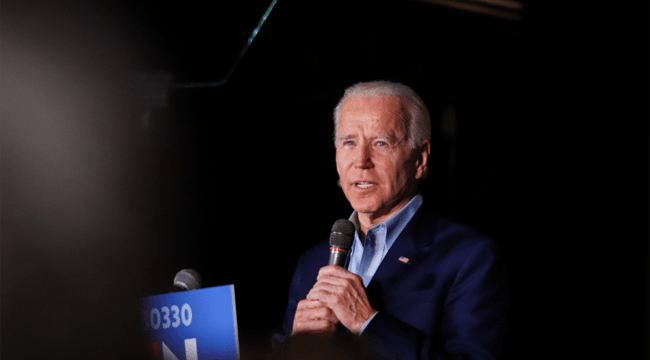 Reuters split them both — $1.5 trillion.

Our spies have spent days sleuthing for the correct figure. But they too heard conflicting whispers. They expressed the most confidence in CNN’s crystal gazing.

They were correct… evidently.

We are reliably informed that the proposal will enter the record at $1.9 trillion. Why it is not $1.8 trillion… or $2 trillion… we do not know.

But we are further informed the package will furnish wherewithal for state and local aid. Education grants. The child tax credit. Unemployment insurance. And “stimulus” checks.

We are finally informed these stimulus checks will run to $1,400 for each American adult — perhaps more.

How To Spend the Money?

We will of course accept our $1,400 cheque from kind Uncle Samuel. Will he lift it from our back pocket and slip it into our hip pocket?

In essence he will. The free lunch has no existence. But let that be tomorrow’s fret.

We do not know which outcome is likelier.

We will consult our financial advisor.

Music To the Market’s Ears

Wall Street took to the news as cats take to catnip…

The Dow Jones was up and away 150 points this morning. Both S&P and Nasdaq joined it aloft.

They all came back down this afternoon, perhaps — because — of the latest unemployment data…

One day — the laws of chance assure it — these wiseacres will give an accurate forecast. That day we await with the highest expectations.

Where Will the Money Come From?

A question immediately presents itself:

Where does a government sunk $27.8 trillion in debt… locate a spare $1.9 trillion… to fund a vaccination and economic rescue legislative package?

The answer — of course — is that it cannot locate a spare $1.9 trillion anywhere.

Nor can it locate a spare nickel anywhere. It does not exist.

The government must therefore sink to both knees, extend an open hat… and borrow its trillion(s).

That is, the work of two centuries is now completed in four months or less.

Here is progress — of a highly peculiar and exotic fashion.

The Check’s in the Mail

No one expects the debt to be retired, of course. It is merely rolled over upon maturation.

We learn… by way of Bloomberg… that nearly $8 trillion in federal debt will mature in this year 2021.

$8 trillion is roughly 2/5th of the gross domestic product.

But there is additional debt to consider. In all, over $10 trillion in debt may mature this year — roughly half the domestic product.

As it turns out (according to Bloomberg) $8 TRILLION worth of government debt in the US will mature THIS YEAR alone.

Plus, the Congressional Budget Office expects another $2+ trillion deficit this year due to more Covid stimulus.

So that’s potentially $10+ trillion worth of government debt that will need to be placed this year. That’s $300,000 per second.

The Fed To the Rescue

Who will take up the job? Who will swap in the debt? Mostly the Federal Reserve.

The work will inflate its balance sheet beyond its present $7.3 trillion… to a dizzying $10 trillion. Simon says:

The only way they’ll realistically accomplish this is if the Federal Reserve ‘prints’ trillions of dollars of new money… most likely the Fed will need to print another $3+ trillion, pushing its balance sheet beyond the $10 trillion mark.

Consider: this balance sheet scarcely exceeded $4 trillion one year ago.

Will the central bank of the United States shrink its balance sheet when the emergency lifts?

Its officials begin to whisper… in very hushed tones… that it will announce a halt this year. Example: President of the Federal Reserve’s Atlanta branch, Mr. Raphael Bostic:

“I am hopeful that in fairly short order we can start to recalibrate [QE].”

“I don’t want to prejudge right now […] when we’re going to [taper QE]. But I would hope it might be this year.”

Yet we are not convinced the Federal Reserve will “recalibrate” or “taper” this year — not to any marked degree.

By the first week of January 2018, Wall Street had Mr. Powell back safely in its hands. The balance sheet was instantly expanding again.

Will the stock market react differently next time the Federal Reserve proceeds against its balance sheet?

And will the chairman of the Federal Reserve react differently to the stock market’s reaction?

We harbor very strong suspicions. But we had best keep them dark… lest we call the man’s honor and dignity into question.

But the stock market should not fear. Today Mr. Powell put down the insurrectionists in his court…

It’ll Never Be the Right Time

Here he refers to interest rates:

“When the time comes to raise interest rates, we’ll certainly do that, and that time, by the way, is no time soon.”

“No time soon” is our estimate.

We hazard he harbors the identical stance on balance sheet reduction.

The right time will never arrive of course. As well yank away the crutches from a crippled man.

And how can a nation $27.8 trillion in debt — $80 trillion, factoring private debt — withstand a meaningful increase in interest rates?

There are some questions that answer themselves.

And so the Federal Reserve will keep the crutches in place.

Jerome Powell previously insisted his bunch will do “whatever it can for as long as it takes.”

That is, more QE. More warfare upon the vestiges of free markets. More desperates lunges to stimulate the economy…

The beatings will continue until morale improves, that is.

And we do not expect morale to improve anytime soon…